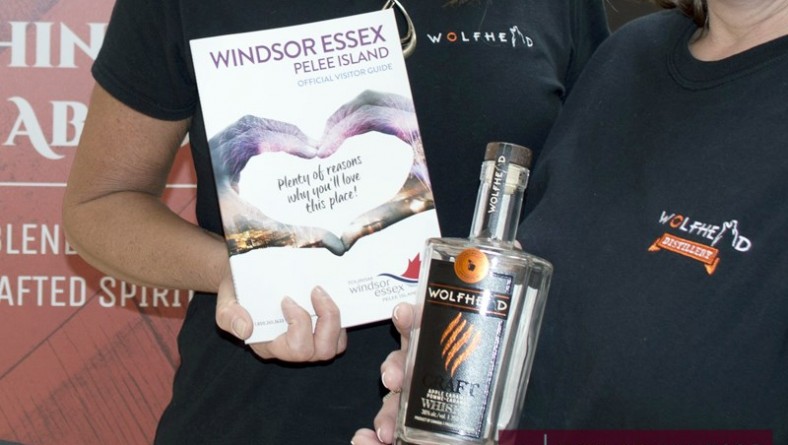 Tourism Windsor Essex Pelee Island, in partnership with Devonshire Mall, encouraged local residents to vacation locally at their Staycation Expo on April 29-30, 2016 at the mall.

The “Windsor Essex Staycation Expo” featured exciting exhibits throughout Devonshire Mall that showcased to local residents hundreds of terrific things to do and places to see right in their own backyards. 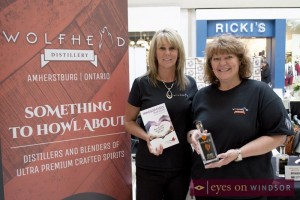 Wolfhead Distillery, distillers and blenders of ultra premium craft spirits, is a new craft distillery in Amherstburg, Ontario. Tentatively set to open in late May of 2016, the Wolfhead exhibit generated a lot of interest giving Mall patrons, as their tagline says, “Something To Howl About”.

“ People already want to book weddings and functions with us and they’re very excited about it,” says co-owner Sue Manherz. The distillery will accommodate around 100 guests for events and features a patio and storefront where their craft spirits will be available for purchase.

The owners are craft distillery pioneers in the region, setting themselves apart from dozens of local wineries and craft breweries. “I think we’re the only craft distillery this side of Toronto,” explains Manherz. Wolfhead focuses on using local ingredients and have already made spirits such as apple caramel flavoured whisky and a coffee liqueur. “And it tastes really good. I don’t really drink whiskey but I really like and drink this.” 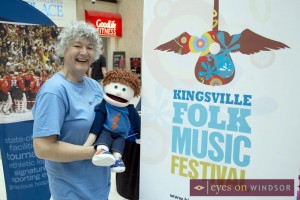 Tour operators such as Windsor Eats and The Rum Runners Tour to festival organizers such as the Kingsville Folk Music Festival were also showcasing the region. In fact, Folk Roots Radio host Jan Hall, at the KFMF display, had a little help from her puppet friend Mickey entertaining people and getting them excited for this year’s festival.

While numerous exhibits showcased all there is to do and see in Windsor Essex they only gave locals a glimpse into all there is to discover in the area. Much more can be discovered in the new Tourism Windsor Essex Pelee Island Official 2016/2017 Visitor Guide which was launched at the Staycation Expo. The cover features heart shaped hands around the words, “plenty of reasons why you’ll love this place.” 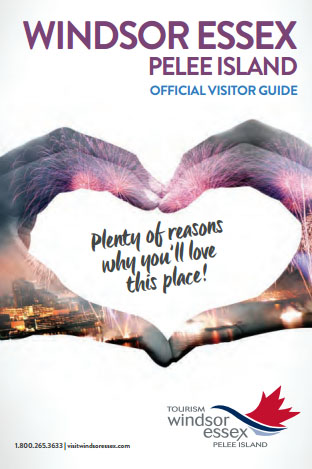 “The new Visitor Guide is a visual piece filled with an endless array of possibilities. Our cover pays tribute to this with a simple and playful gesture. We think you will be making your own heart-shaped hands as you discover plenty of reasons why you’ll love this place”, said Gordon Orr, CEO of Tourism Windsor Essex Pelee Island.

From craft beer to birding and biking there are plenty of reasons to keep it local.