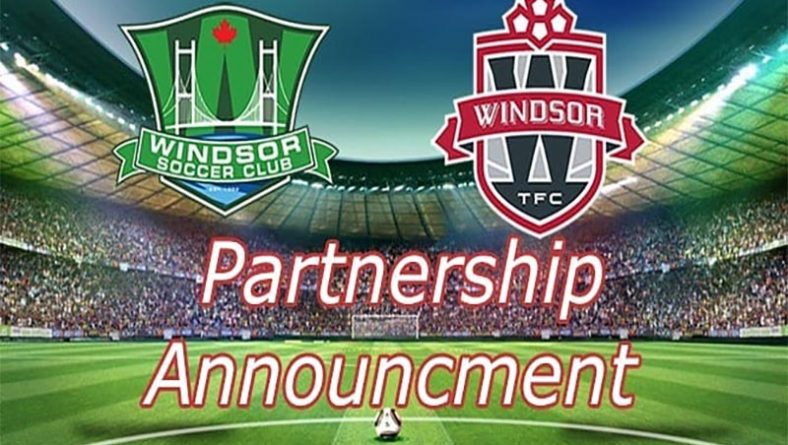 On the heels of the Amherstburg Soccer Club (ASC) announcement, Windsor TFC (WTFC) is excited to welcome Windsor Soccer Club (WSC) to their program. Along the same lines as the ASC terms, this agreement will allow WSC’s competitive program named Fury to merge with WTFC and be recognized as Windsor TFC Fury.

“For many years we realized that we needed to cooperate in the interest of player development, and more than that to commit to a common identity. We found the right fit with Windsor TFC’s vision and plan”, said Paul Bartolo. “We will support with our staff, facilities and other resources, with WSC in return benefiting from coaching support along with player camps and training provided by WTFC and TFC”, added Bartolo. With the addition of the Fury program, the number of competitive registered players will go from 200 to approximately 300 for WTFC.

“We are thrilled to merge with WSC. They are THE original soccer club and are located on historic soccer grounds at Ford Test Track Park. We aim to re-energize interest and serve the surrounding community and the core of Windsor to make sure no player misses a shot at the highest level of play, because of where they live”, said Vancho Cirovski “We look forward to working with Paul and the WSC staff on all potential competitive programming, as they focus and continue to operate the non-competitive house league program”, added Cirovski.

Windsor TFC is a pro-am soccer club and youth development academy, which participates in League1 Ontario, the premier soccer league in the Province and the West Region Soccer League, a youth regional program.

Windsor Soccer Club is a not-for-profit volunteer driven organization, serving the area for over 38 years. Providing players, coaches, parents & volunteers the opportunity to learn, play and develop regardless of age, gender or ability. With programs starting at 4 years old through adult.