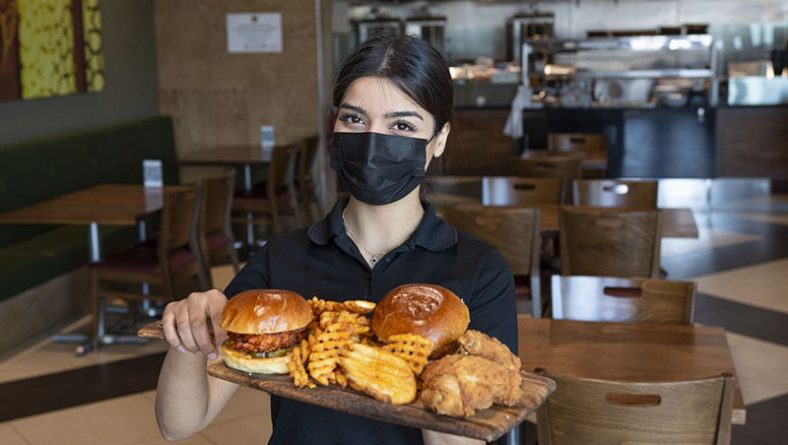 Krispo Chicken by Paramount was initially launched at Toronto area franchises late last summer in order to pivot as they strived to operate during the COVID-19 pandemic. Sumayah Shubber, co-owner/manager Paramount Windsor, discussed how the pandemic has impacted their previously mainly dine-in restaurant. 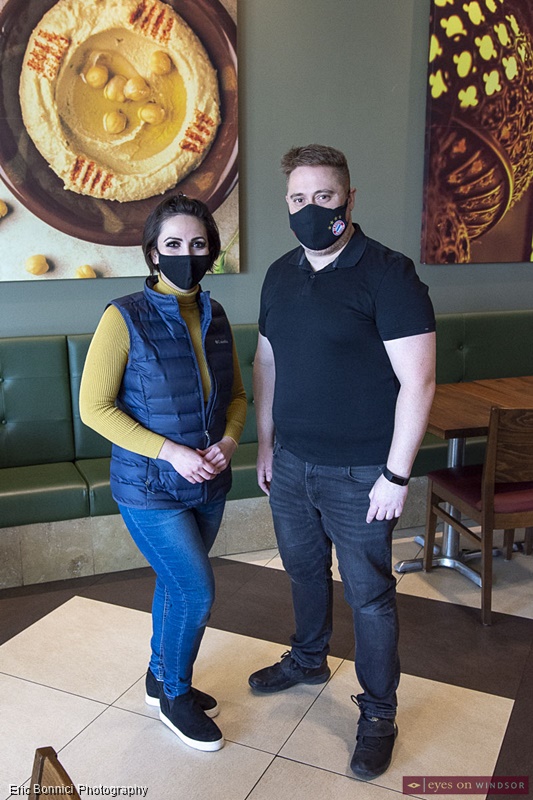 “We’re more Lebanise cuisine normally serving items like shawarma, salads, and charcoal grilled foods but with the pandemic we had to reinvent ourselves,” explained Sumayah.

“Our dining space is not being used anymore. We had a play area for kids and families but now that’s closed. So we thought of doing something that is a bit new, the concept is not new but it’s new to our restaurant here. We tried Krispo Chicken and fell in love with it, so we decided to bring it to our restaurant in Windsor.”

“Right now the plan is to keep Krispo Chicken as a cloud kitchen concept (aka ghost kitchen) only offering it for takeout. We’re keeping our original Middle Eastern menu as takeout or dine in.”

Sumayah said considering the pandemic, opening the Krispo Chicken ghost kitchen concept is a wise decision for their restaurant and if there is enough interest they may add it to their dine-in menu offerings in the future.

Paramount Windsor invited Eyes On Windsor to sample Krispo Chicken which was so phenomenal that we predict it will end up in the main dining room soon after they’re able to reopen that part of their business. For now it can be enjoyed via take out. 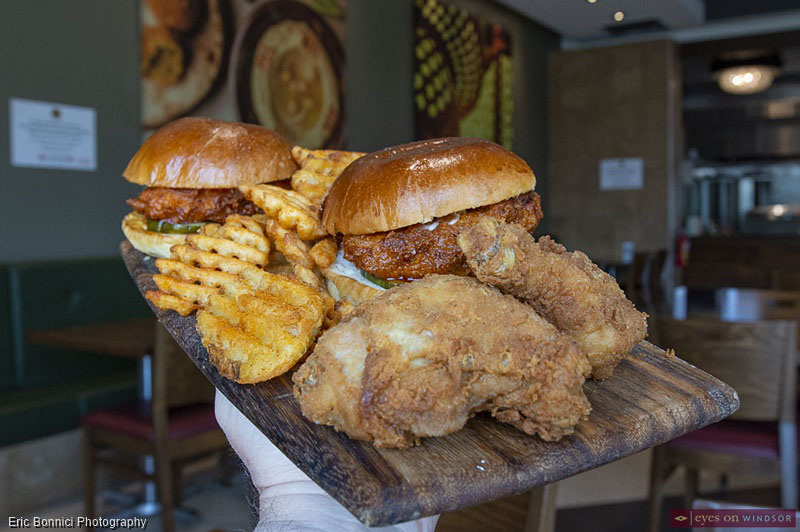 Having the dining room all to myself (it wasn’t open to the public), my friendly waitress, Rafal Apdalani, served a sampling of menu items which included two pieces of “krispy” chicken, waffle fries, and two Krispo Wicked chicken sandwiches. Rafal informed me that the chicken sandwiches were the “mild” and “wicked hot” versions but a spicier “inferno” version is also available for those brave enough to try it.

The waffle fries, crispier than regular fries, were fresh and good. But the “krispy” chicken leg and chicken breast were impressive! Crispy on the outside, soft, tender and juicy on the inside, and full of flavour the meat fell right off the bones. Best of all the grease and oil normally saturating fried chicken was nowhere to be found. I suspected the chicken was Broasted and Sumayah confirmed indeed it was. Without question I highly recommend trying Krispo’s savoury Krispy chicken.

Without question the highlight of Paramount’s Krispo Chicken is their southern inspired “Wicked” chicken sandwich. They feature a Krispo chicken breast, breaded in a blend of delicious spices, dipped in Nashville sauce, topped with mayo and sweet hot pickles on a brioche bun. The mild sandwich was delicious but those who prefer to spice things up a bit will enjoy the Wicked Hot version. Personally I could taste and feel the heat in my mouth long after eating the Wicked Hot version and think it’s perfect for those who enjoy a little heat. But if you’re brave and looking to bite into a chicken sandwich that’ll heat things up then you might want to try the “Inferno” version. For the record I haven’t tried it yet but as a fan of hot spicy foods it’s on my bucket list. 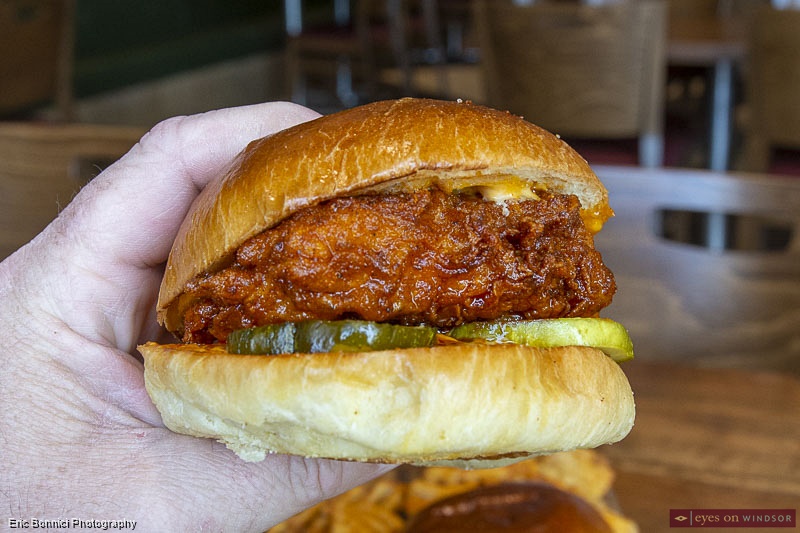 Vegetarians will be glad to know that a Wicked Meatless Chicken Sandwich is available on the menu.

The website also states they are “a fresh inventive take on classic fried chicken focusing on quality local, farm-fresh ingredients, and BBQ sides that honor the culinary traditions of the South. Krispo will appeal to Canadian consumers that want elevated comfort food-to-go: soul-satisfying fried chicken and delectable sides inspired by the bold, and comforting flavors of the South. Flavors and ingredient combinations have a contemporary twist on Southern favorites like Nashville Sauce, Jalapeno Corn Bread, and Mac & Cheese. All recipes will feature quality Halal ingredients in the tradition of all Paramount Fine Foods brands.”

From my sampling of menu items, with the Wicked Hot Krispy Chicken Sandwich being my favourite, I’d say the website is highly accurate calling their offerings “soul-satisfying fried chicken.” 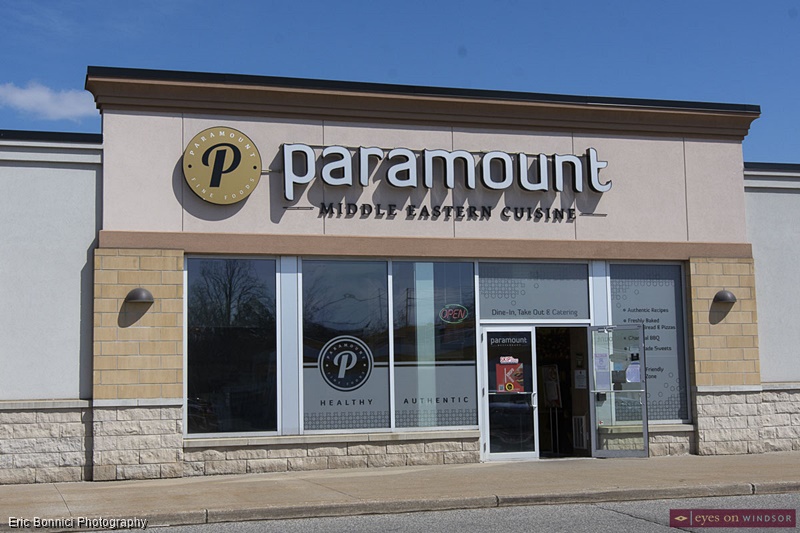 Whether you’re in the mood for some of the best southern style fried chicken or traditional Middle Eastern cuisine then I think you will definitely be impressed by the mouth-watering menu Paramount Fine Foods has to offer. Take out is currently available through pick-up or delivery services. At the time of this writing dining in is not available because of the pandemic but expect that sooner or later (hopefully sooner) the dining room will reopen again.