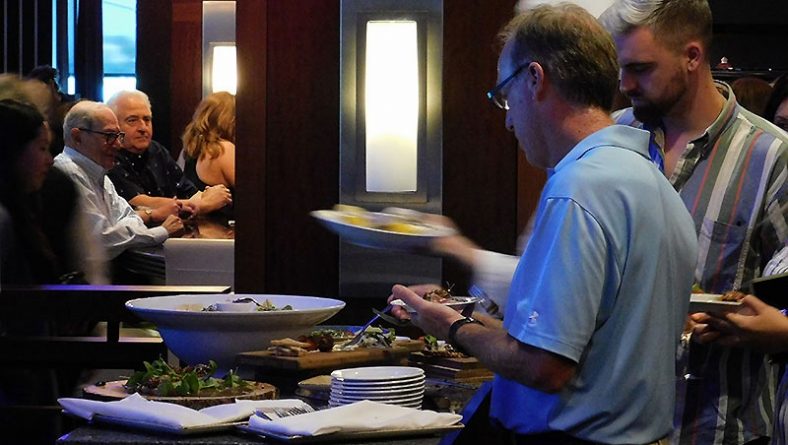 Neros, the famed steakhouse in Caesars Windsor, is taking socializing over food to a new, elevated level. In fact, it has created a new social dining area, where guests can gather and socialize in what it calls a new sophisticated lounge.

To create this new level of contemporary ambiance, the restaurant actually elevated the floor of a section of the lobby of Neros Steakhouse putting it on the same level as the steakhouse’s bar. 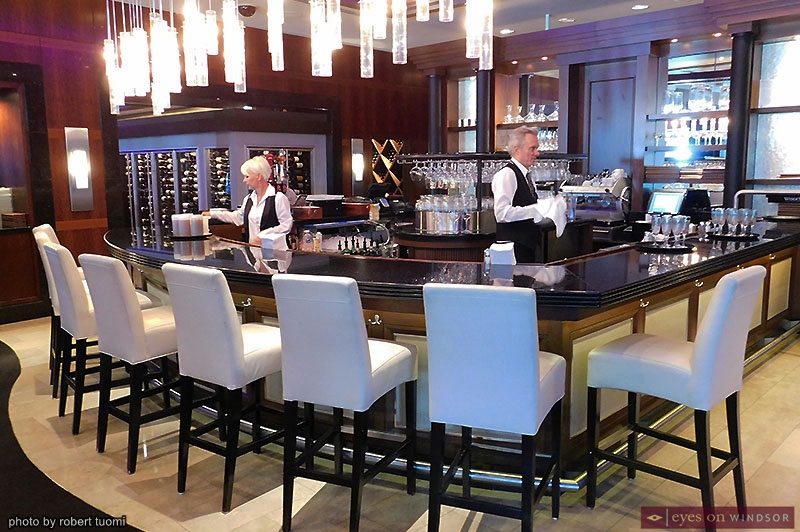 The new socializing area inside Neros Steakhouse at Caesars Windsor , in the former lobby area, is constructed on the same level as the restaurant main dining area and bar. Shown here during the social lounge’s official launch on August 14, 2019. Photo by Robert Tuomi / Eyes On Windsor.

In officially opening the new amenity, Joseph Moore, the casino’s food and beverage director, called the result “dining with flair,” in an area where guests can expect fresh food delivered fast. One of the goals of the new social dining room is to use local materials. Windsor’s Guaranteed A Fine Furniture was tasked with finding just the right tables and related accessories, picking from Ontario craft furniture makers. 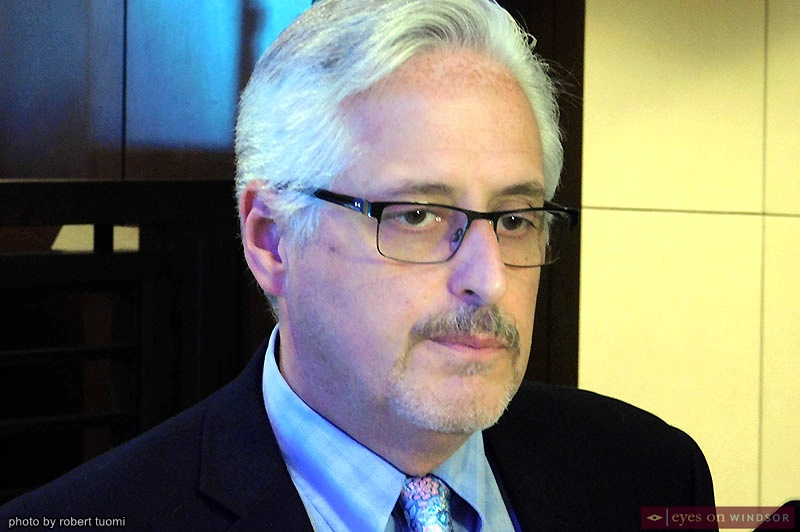 Caesars Windsor Director of Food and Beverage, Joseph Moore, saying the new social lounge in Neros Steakhouse at Caesars Windsor is a response to a growing social dining trend during it’s official launch on Wednesday, August 14, 2019. Photo by Robert Tuomi / Eyes On Windsor.

Moore also talked of the growing trend to offer patrons both formal and social dining is a growing trend in the restaurant and hospitality industry. But, make no mistake the food being served is well-representive of the standard set by Neros. It is also very diverse with selections from all over the world. 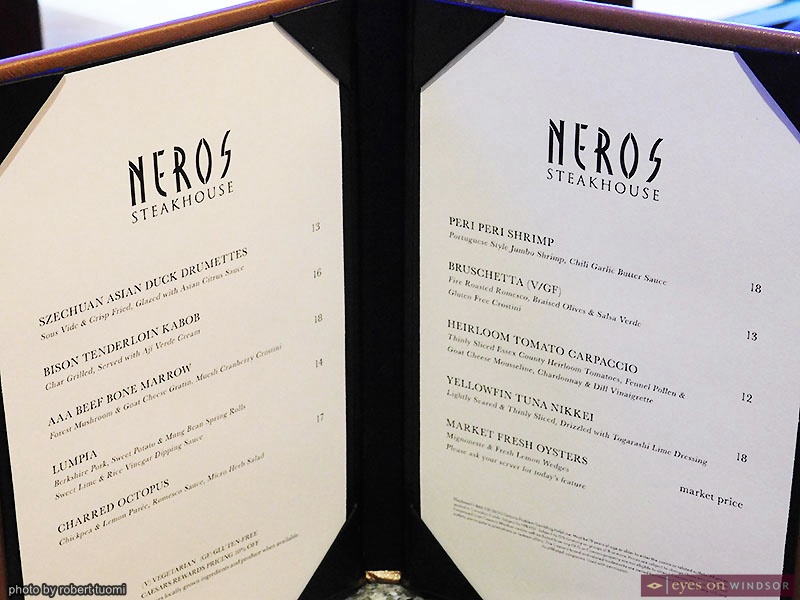 Executive Chef, Patrick McClary, told Eyes on Windsor the new menu did generate a few contrary comments particularly some saying they didn’t like all the items on offer. 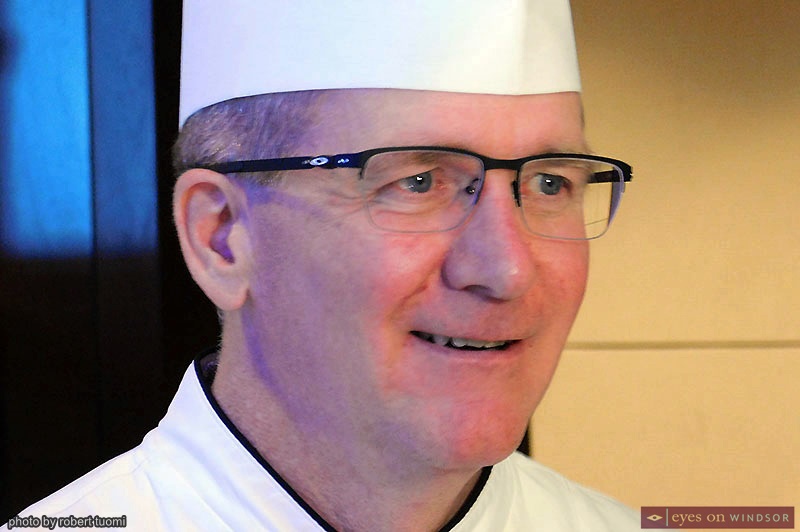 But that, McClary says, was really the point. The plan is to give the casino’s guests considerable variety. “If there are things I would not eat,” he suggests, “I could share with others.”

Another aspect of the menu is a lack of seasonal items. McClary says the days of having only some foods at certain times of the year have largely disappeared. Now with globalization of the food industry, popular items can be sourced year-round.

The social dining area is now open for business. 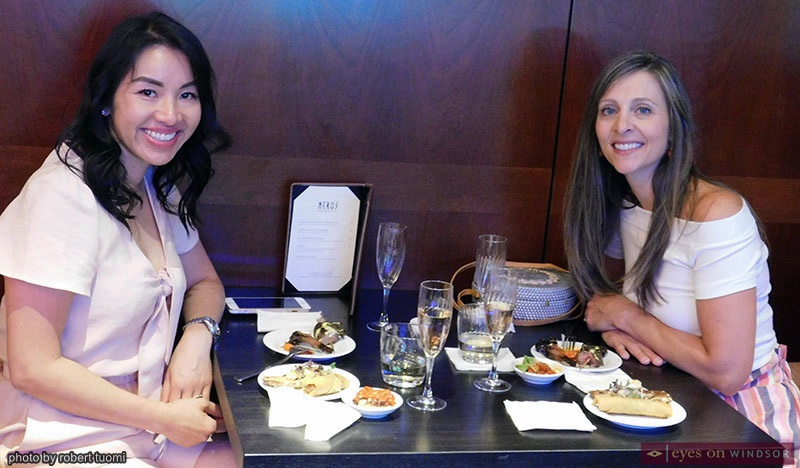 Mable Cheung (left) and her friend Marlena Kourletakis, two of the first customers trying Neros Steakhouse’s new social dining area, are very impressed with the food and the ambiance during the official launch inside Caesars Windsor on August 14, 2019. Photo by Robert Tuomi / Eyes On Windsor. 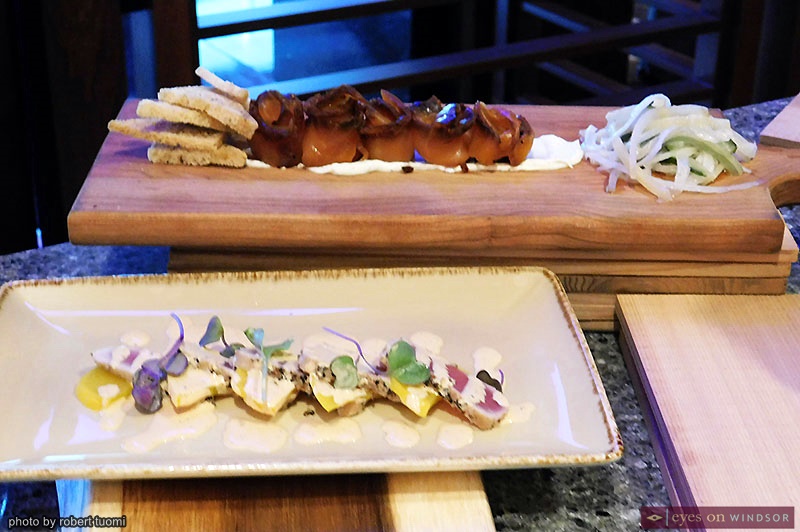