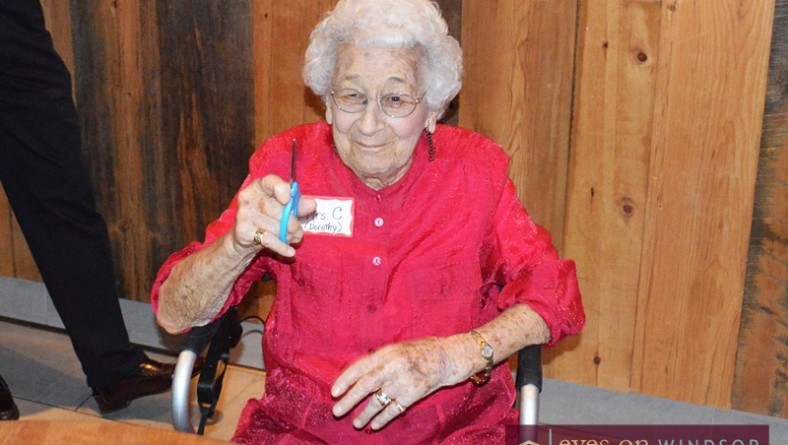 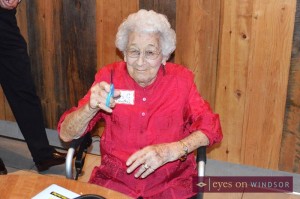 While the first Lone Star Texas Grill opened in Windsor, Ontario on March 6, 2014, the official ribbon cutting ceremony took place on April, 21, 2014. Three Windsor natives who grew up in the city and were childhood best friends took over The Lone Star Group of Restaurants in 1992. While they have all been busy around the globe with various endevours they all returned to their home town to celebrate the opening of the 19th Lone Star Texas Grill in Canada with an official ribbon cutting ceremony and to announce a new non profit organization that will support community causes in Windsor. 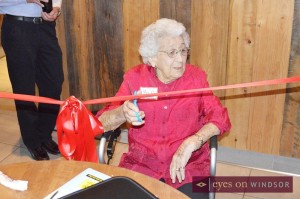 Mayor Eddie Francis was on hand to present a beautifully framed drawing of the restaurant mounted with a beautiful City of Windsor seal/medal. Mr. Cowan donated $25,000 to kick start the Lone Star Windsor Foundation which was also announced today. According to staff a committee along with input from the mayor will help decide what community organizations and inititives in Windsor will receive funds from the foundation. Full details of The Lone Star Windsor Foundation will be released at a later date.

Jack Cowin has earned an international reputation as entrepreneur and business builder. Cowin moved to Australia in 1969 to develop a food service business with the backing of 30 Canadians who lent him $10,000 each to embark on this new enterprise down under. The business has grown from a single restaurant to 370 Hungry Jack’s hamburger outlets and a food manufacturing business, which exports meat products to 30 countries. The company has sales of $1.4 billion and employs 16,000 people. In addition, Cowin is Chairman and largest shareholder in listed public company, Domino’s Pizza Enterprises with 1300 outlets, the largest franchisee in the world. In Australia, NZ, France, Belgium, Holland and Japan and has a market cap of $1.6 billion. He is also a director of 4 public companies in Australia. 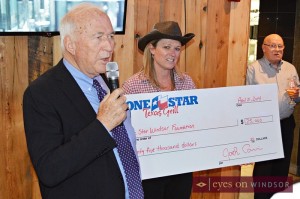 Mr. Cowin attended Walkerville Collegiate where he played football. He then went on to University of Western Ontario where he was an intercollegiate All-Star defensive tackle for his 3 years there as well as heavy weight wrestling champion. Mr. Cowin is a member of Western’s Athletic Hall of Fame. He lives in Sydney Australia with his wife Sharon.

Windsor native and Walkerville alumnus, Paul Newman is a long time friend of Cowin’s. During his 4 years at Walkerville he was selected All City end in football and, in 1959, won City and Western Ontario basketball championships. He moved to Toronto after completing a BA and an MBA at the University of Western Ontario and enjoyed a successful 35 plus year career in financial management with Bank of Montreal and Manulife Financial. Mr. Newman was named a director of Lone Star in 1992. 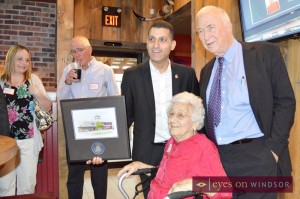 On his retirement in 1999 he assumed the CFO duties for Lone Star Texas Grill and sits on the company’s Advisory Board. He lives with his wife Sue in Oakville.

Whit Tucker holds many citywide records and awards in multiple sports, noted in the Windsor Essex Sports Hall of Fame to which he was inducted in 1985. Tucker also excelled at sports during his tenure at Western University with a variety of awards and was inducted into the U. of Western Ontario “W” Club Athletic Hall of Fame in 1983. Arguably WSSA’s most outstanding track & field athlete, he won a total of 32 WSSA & WOSSA medals. Following university Tucker played in the CFL. He was Rookie of the Year in 1962, All-Star 3 years running, won two Grey Cup rings and was inducted into the CFL hall of fame in 1993. Following his football career Tucker started a successful career as a wealth management executive and continues to work with the RBC wealth management group.Tucker lives in Ottawa with his wife Heather. 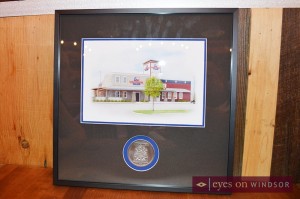 Specializing in Tex-Mex fare the Lone Star is famous for bringing Fajitas to Canada. First and foremost, Lone Star has a firm commitment to fresh and authentic. From the beginning, Lone Star has used Mesquite wood, trucked in directly from Texas, to grill their steak, chicken and shrimp. In every location a custom made Tortilla oven sits in the dining rooms where guests can watch fresh tortillas being baked. They also make their famous salsa fresh daily and pair them with house-made fresh tortilla chips, which all guests receive complimentary. While Fajitas are Lone Star’s core menu offering they also serve a variety of authentic Tex-Mex specialties, Mesquite-grilled ribs and steaks. For more information visit www.lonestartexasgrill.com