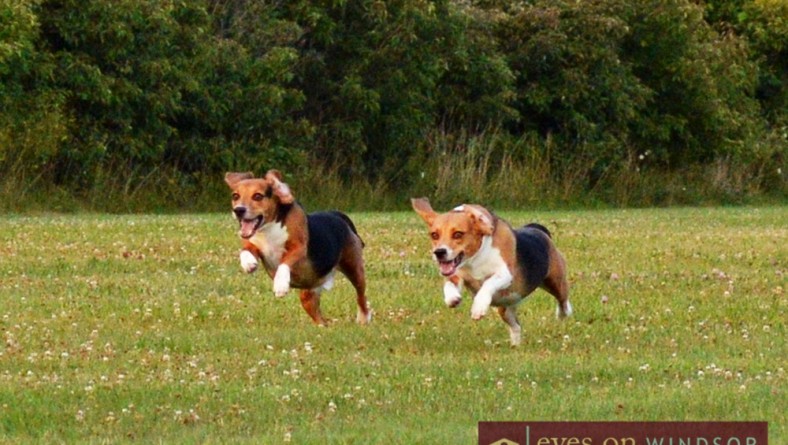 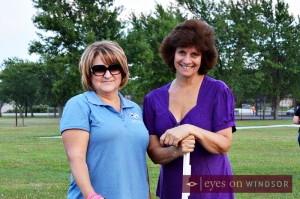 The Woofa-Roo Dashers is a non-competitive all breed lure coursing group that was formed in early 2014 by Woofa-Roo Pet Festival organizer, Lorene Clayton and For Your Fur Kids co-owners, Vic and Kathy Pundzius.

Lure coursing is a competitive sport where dogs chase artificial prey (usually plastic bags). The artificial prey is tied to ropes that move along a ground level pulley system organized to mimic the quick running turns and veers in direction of escaping prey. Competitive lure coursing is usually limited to sighthound breedss because of their quick speed, ability to focus on moving prey, and natural instinct to give chase. However, Woofa-Roo Dashers have removed the competitive factor and invite all breeds to participate for fun and recreation.

Woofa-Roo Dashers is the only lure coursing group in Windsor Essex. According to Lorene Clayton, the closest Ontario lure coursing clubs and events are found in the Kitchener and Niagara regions. Clayton discovered this when she attempted to bring lure coursing to the first Woofa-Roo Pet Festival back in 2013. Unfortunately, lure coursing organizations were not willing to travel all the way to Amherstburg for a first time festival.

“I tried to bring a lure course to our festival last year with little success. Woofa~Roo Pet Fest was brand new and not many lure coursing organizations wanted to take a chance on traveling to Amherstburg to set up a course at an untried festival,” says Clayton. “After seeing how popular this sport is on the east and west coast of the US, I decided to buy a lure machine and start Dashers. Kathy and Vic began to realize how popular coursing was when they participated in a few lure trials in Michigan – and thus we began our partnership.”

Woofa-Roo Dashers have been practicing and trying out different course layouts since May. More recently, volunteers were recruited to help showcase the premier of lure coursing at this year’s Woofa-Roo Pet Festival. The volunteers have been trained how to run a safe lure coursing event. The final practice before the event premieres at Woofa~Roo Pet Fest took place behind Anderdon Public School in Amherstburg on July 31.

The public will have the chance to see and try “all breed” dog lure coursing at the second annual Woofa-Roo Pet Festival in Amherstburg on August 9-10, 2014. Dog owners can let their pet try it out for $3.00 per run or $5.00 for two runs. Dogs that do not instinctively give chase will benefit from festival lure coursing operators teaching them how.

A portion of proceeds will benefit MotorCity Greyhound Rescue (MCGR). MCGR is a non-profit organization opposed to Greyhound racing based the premise that it perpetuates abuse, neglect, inhumane treatment, and needless deaths of thousands of canines each year. Their mission is to rescue Greyhounds from abusive, dangerous and/or neglectful situations and place those dogs into permanent loving homes.

Woofa-Roo Dashers will begin meeting weekly from September through the Fall. Anyone interested in participating in the weekly lure coursing gatherings can be notified when they start by sending an email to Kathy Pundzius at kathy@woofaroo.com