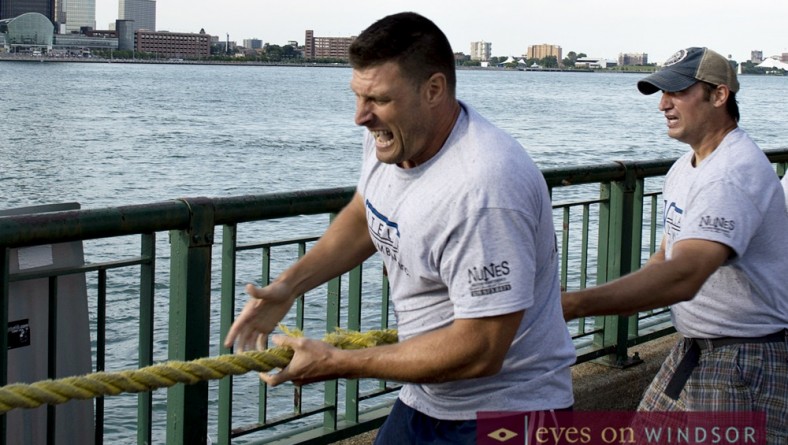 Windsor firefighters battled Detroit firefighters at the 29th Annual Tug Across The River, the only International Tug of War, which was held on Friday, July 11. The annual tradition took place prior to the opening of Bluesfest Windsor 2014 which celebrated it’s 20th year.

Tug Across The River took place at Dieppe Park in Windsor and Hart Plaza in Detroit. Team Canada made up of Windsor firefighters was stationed in Windsor while Detroit firefighters stationed in Detroit made up Team USA. Tug boats from each side of the border pulled a length of rope across the Detroit River. The team that pulled in their rope the fastest won.

At Dieppe Park spectators cheered on Team Canada as they grunted and pulled in their rope. A representative from Team USA was on the Canadian side of the challenge to ensure time keeping was fair. Ultimately, Team UsA narrowly beat Team Canada by just 3 seconds with a winning time of 4 minutes and 3 seconds.

The event is a tradition that has been held every year since 1985 (except for in 2013). Since the inaugural event Team Canada has won 13 times, while Team USA leads with 15 wins. 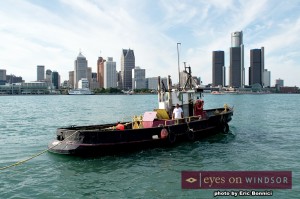 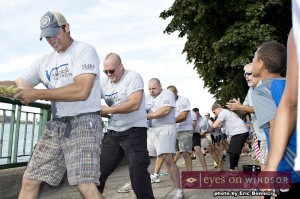 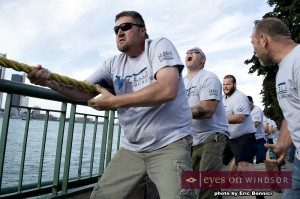 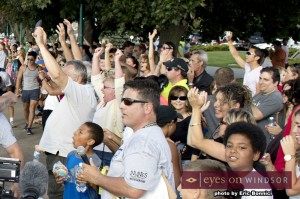 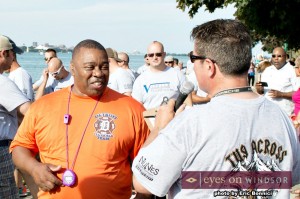