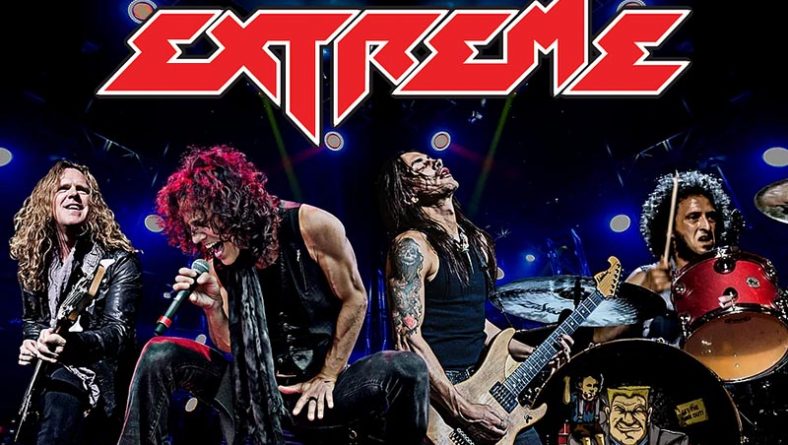 Multi-Platinum, Grammy-nominated rock band Extreme will take the stage at Riverfront Festival Plaza when they co-headline opening night of LiUNA! Bluesfest Windsor 2018. The four-day music festival will kickoff with what is being dubbed “Thursday Rocks” (a mix of hard rock funk and classic rock) on July 12, 2018. Selling out tours around the world, Extreme is the first band to be revealed by organizers of the 2018 edition of the music festival.

Formed in 1985, Extreme became one of the most prosperous bands of the early 1990s when the biggest hit of their career, More Than Words, hit Number One on the Billboard Hot 100 in June of 1991. The track is on the band’s double platinum selling second album release, Extreme II: Pornograffitti (A Funked Up Fairy Tale). Hole Hearted, also on this album, reached Number Four on the Billboard Hot 100. While these ballads were Extreme’s biggest hits they don’t represent the heavy rock style which makes up the majority of the bands music. Decadence Dance and Get The Funk Out are heavier tunes more representative of the band’s sound which also made it into the Billboard Hot 100.

Extreme have sold over 10 million albums worldwide. They have released six studio albums, plus a greatest hits set and a recent live DVD since their formation in 1985. The band had initially described their music as ‘Funky Metal’, but it would evolve much more in the mid-90s by blending classic rock influences with post-grunge and alternative rock. Find out more about Extreme at https://www.extreme-band.com

Additional acts performing at LiUNA! Bluesfest Windsor 2018 will be periodically announced throughout the month with the final lineup tentatively to be released on February 21st.