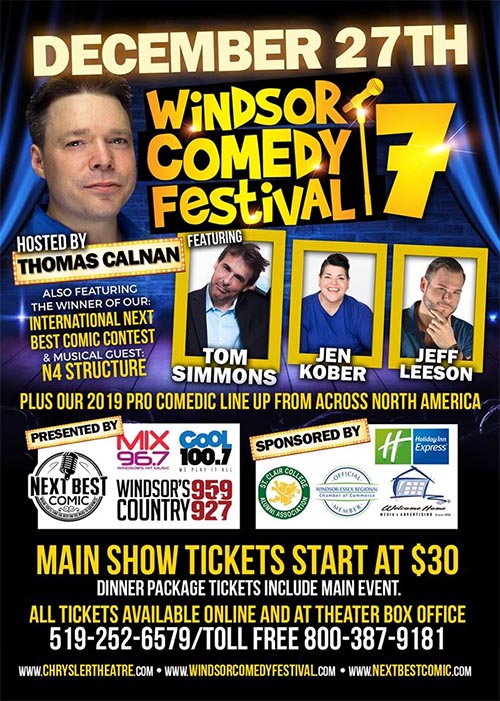 Next Best Comic presents the 7th Annual Windsor Comedy Festival at the Chrysler Theatre in Downtown Windsor on Friday, December 27, 2019.

Enjoy the last festival of the season, rated the #1 thing to do between Christmas and New Year’s Eve, during the holidays with family and friends.

This year’s event will be hosted by 2016 Next Best Comic Award Winner Thomas Calnan. He has been performing stand-up for the past six years and has entertained literally dozens of people across Ontario. He has been described as ‘somewhat amusing’ and ‘not terrible’ by people he has talked to after shows. He was described as ‘hilarious’ and ‘the most under-rated comic ever’ by a producer he got drunk with one night. 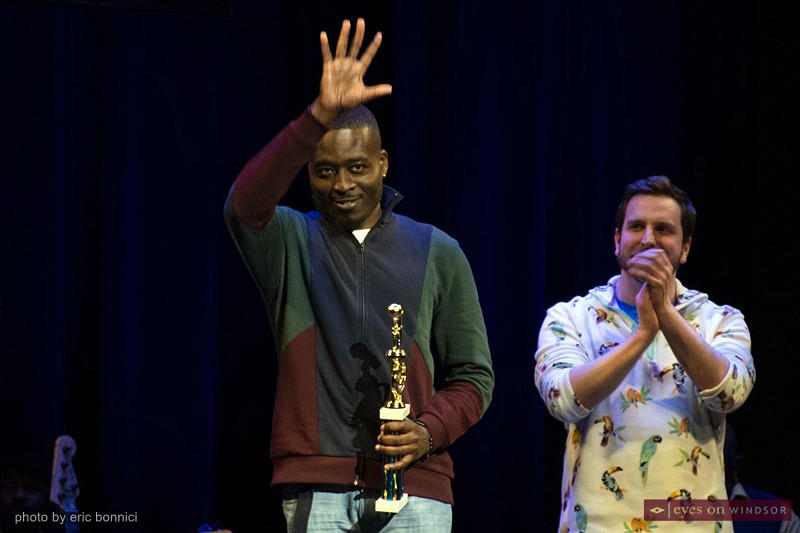 Stand up comic, Kerby Darius waves to the audience while holding the Next Best Comic trophy moments after winning the competition during Windsor Comedy Festival on Dec. 27, 2018. Photo by Eric Bonnici / Eyes On Windsor.

The Championship Finale of the 2019 Next Best Comic Competition will also have you laughing the night away.

Live music will be performed by special guest N4Structure (Detroit).

The Windsor Comedy Festival is the first of its kind and joins the roster of exceptional festivals hosted by Windsor and Essex County.

The Inaugural Windsor Comedy Festival was a huge success and each of the past events have drawn in large crowds coming to see some of the world’s funniest professional comedians. This is the longest running comedy festival in Southwestern Ontario and has been rated the #1 thing to do between Christmas and New Year’s Eve!

Friends and family alike will enjoy the last festival of the year with laughter and cheer. As a great way to release stress from the past year, the Windsor Comedy Festival will provide a great night as we prepare for the New Year and what better way than to have a collective laugh.

Next Best Comic will take their comedy festival to Chatham for the 5th year in a row on Dec. 28. So if you’re from the Chatham area and can’t make it to Windsor no need to worry. And if you can’t make the Windsor show because of some lame holiday party then take a short drive to Chatham and enjoy the show there! For details visit https://chathamcapitoltheatre.com 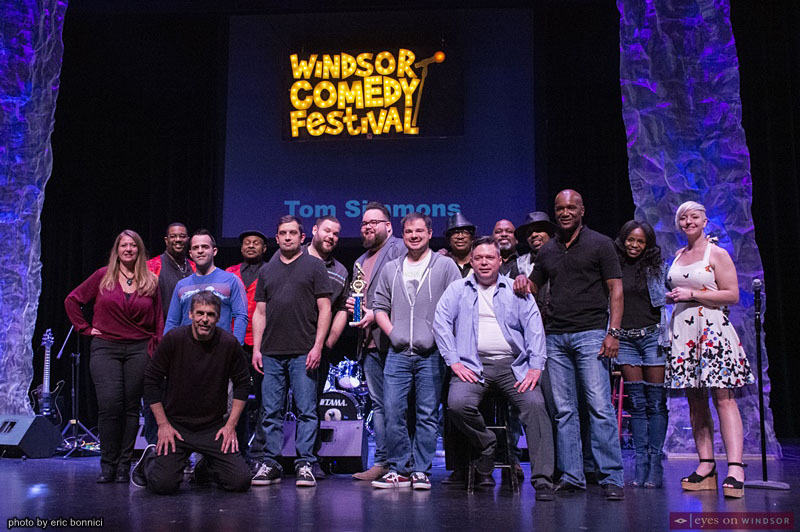 Organizers of the Windsor Comedy Festival on stage at The Chrysler Theatre in Windsor, Ontario, with the event’s line up of stand up comedians and musical entertainment on December 27, 2019. Photo by Eric Bonnici / Eyes On Windsor.