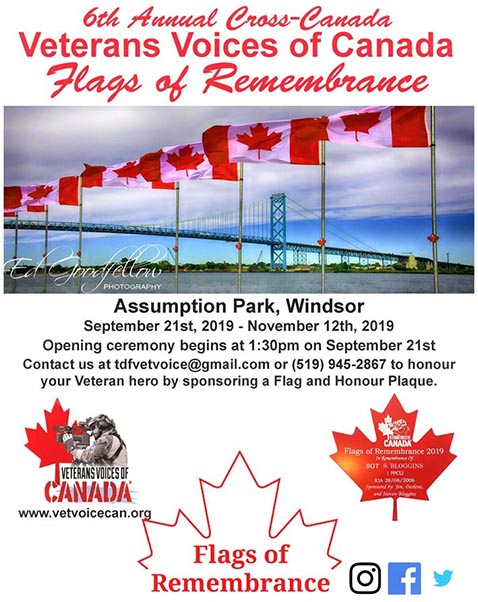 The 6th Annual Cross Canada Veterans Voices of Canada Flags of Remembrance takes place across Canada and for the third time in Windsor at Assumption Park on Saturday, September 21, 2019.

Every year, 128 Canadian flags are erected along major roadways and highly visible locations in participating communities, representing the 128,000 Canadians killed and missing in action.

This includes the 116,000 Canadian soldiers lost in armed conflict from the Boer War to the present, as well as the 12,000 soldiers Missing in Action. In addition, the ceremony also honours 234 officers with the RCMP and its predecessor the Northwest Mounted Police, who have died in the line of duty.

Each flag is accompanied by a sponsored “Hero plaque”. It recognizes and honours individual Veterans past or currently serving, and is a tribute from family, friends and other caring people.

This initiative is designed to pay tribute to the men and women of our Armed Forces and Veterans in a visually stunning display of patriotism.

The flags and plaques are usually raised on the first Saturday in October each year (it happens a little earlier this year) and are taken down after Remembrance Day.

This annual, national event also serves as Veterans Voices of Canada’s primary fundraiser. All monies raised through the VVOC Flags of Remembrance is used to fulfill the mandate of the VVOC organization: interviewing Veterans, transcribing interviews, donating produced interviews to educational institutions across Canada and helping local organizations plan and manage their VVOC Flags of Remembrance celebrations.

Opening ceremonies in Windsor kick off at 1:30pm on September 21st at Assumption Park and is open to the public.

For more information or to sponsor a flag please visit the Veterans Voices of Canada Flags of Remembrance Windsor Chapter Facebook Page. 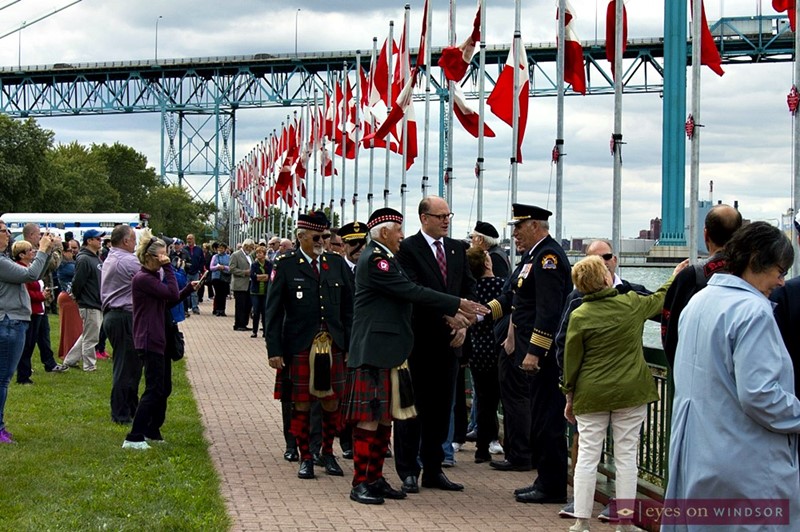 Dignitaries including Windsor Mayor Drew Dilkens during the Flags of Remembrance unfurling ceremony at Assumption Park on Saturday, September 22, 2018. Photo by Eric Bonnici / Eyes On Windsor. 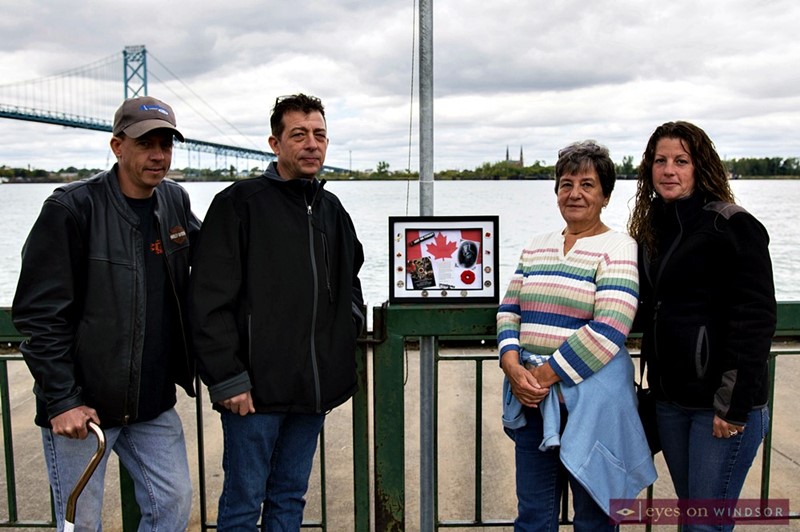 Ryan Ross, Wayne Ross, Charlotte Ross, and Christine Ross pay tribute to their father and grandfather Private Gerald Derochie with a sponsored plaque during the Flags of Remembrance ceremony in Windsor, Ontario, on Saturday, September 22, 2018. Photo by Eric Bonnici / Eyes On Windsor. 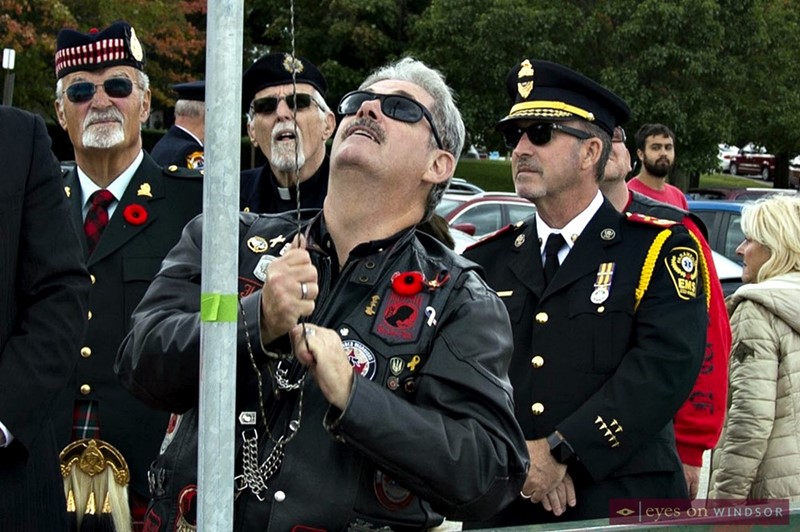 Members of the Windsor North Wall Riders Association took part and sponsored plaques at the Veterans Voices of Canada Flags of Remembrance ceremony at Assumption Park on September 22, 2018. Photo by Eric Bonnici / Eyes On Windsor. 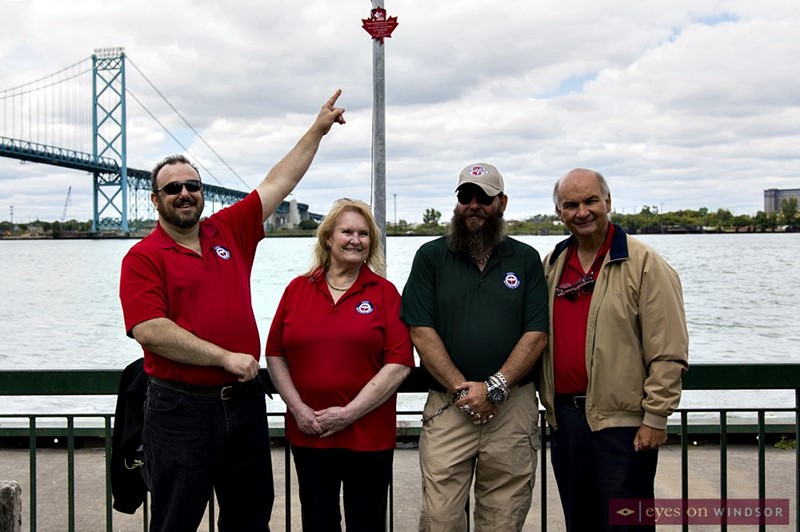 Members of the Essex Spitfire Memorial committee sponsored a plaque in tribute to WWII Spitfire Pilot Jerry Billing during the Veterans Voices of Canada Flags of Remembrance at Assumption Park in Windsor, Ontario, on September 22, 2018. from left to right Todd Porter, Monica Totten, Erik Billing, and Joe Gibson. Photo by Eric Bonnici / Eyes On Windsor.