Morning Sacrifice is set in the staff room of a girls high school, in Australia on the eve of the second world war. Miss Portia Kingsbury, the dominating assistant to Headmistress Woods, rules with an iron fist over the women of Easthaven Girls’ High. After a seeming scandal seeks to disrupt the monotony of the day-to-day routine, Kingsbury leaps to the offensive attack, challenging all those who would step out of line. Caught in her crosshairs is the young Sheila Ray, a new teacher whose ideas about life and love are anything but the norm. Teachers take sides in this thrilling melodrama – leaving poor Sheila to defend herself alone against her one-time mentor and friend. 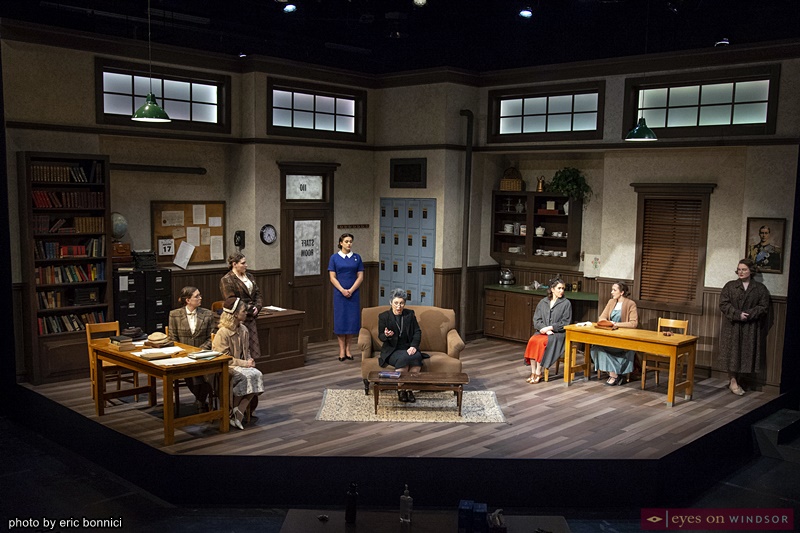 Cast members performing during rehearsal of University Players rehearsal of Morning Sacrifice at the University of Windsor Hatch Theatre Studio on Tuesday, February 25, 2020. The play opens on February 28. Photo by Eric Bonnici / Eyes On Windsor.