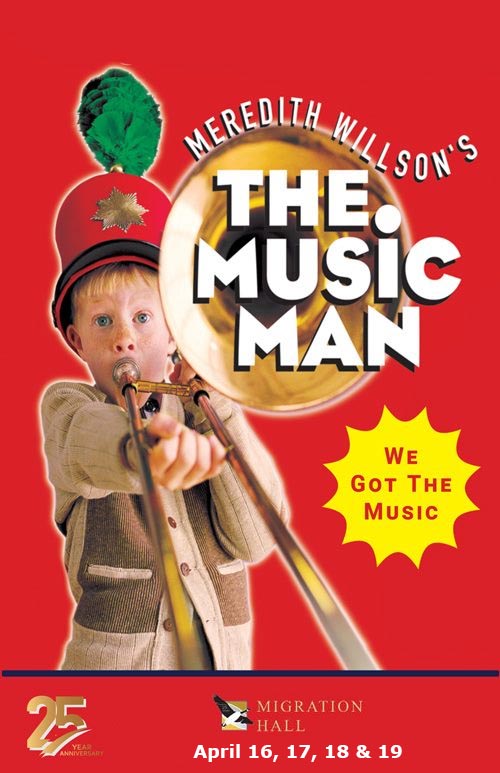 Meredith Willson’s six-time, Tony Award-winning musical comedy has been entertaining audiences since 1957 and is a family-friendly story to be shared with every generation.

The Music Man follows fast-talking traveling salesman, Harold Hill, as he cons the people of River City, Iowa, into buying instruments and uniforms for a boys’ band that he vows to organize – this, despite the fact that he doesn’t know a trombone from a treble clef. His plans to skip town with the cash are foiled when he falls for Marian, the librarian, who transforms him into a respectable citizen by curtain’s fall.

The Music Man features some of musical theatre’s most iconic songs and a story filled with wit, warmth and old-fashioned romance.

Come celebrate Migration Hall’s 25th Anniversary with their ‘special presentation’ of The Music Man – the performance that started it all!

For more information or to purchase tickets call the Migration Hall Box Office at 519 -733-6200 or visit https://migrationhall.com