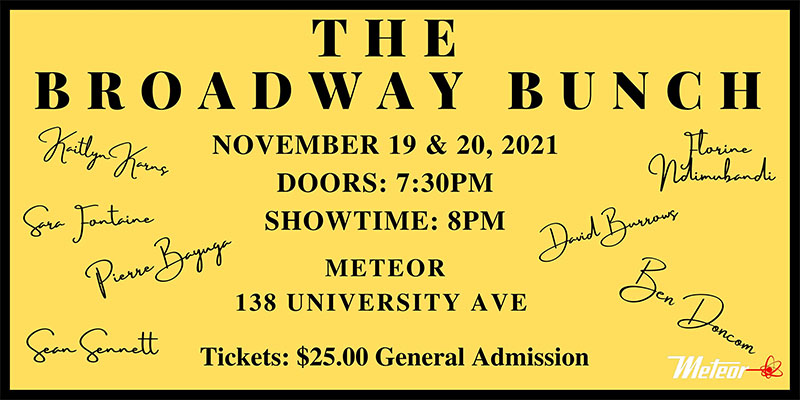 The Broadway Bunch return to the stage to sing songs from favourite roadway shows, touring shows, and even recent movie musicals at Meteor in downtown Windsor on November 19 & 20, 2021.

Enjoy a night of professional musical entertainment featuring some of the area’s best vocalists.

Brought to you by the people who brought you Bargain Broadway, The Cast Party, and New Voices! The Broadway Bunch features local professionals and students of music theatre, acting and music accompanied by a live band.

The band is led by Nicholas Morvay with Ryan Fontaine and Vanessa Harnish with special guests Austin Di Pietro and Sebastian Bachmeier.

For more information, or to purchase tickets email Broadwaybunch.windsor@gmail.com or visit the Facebook Event Page. 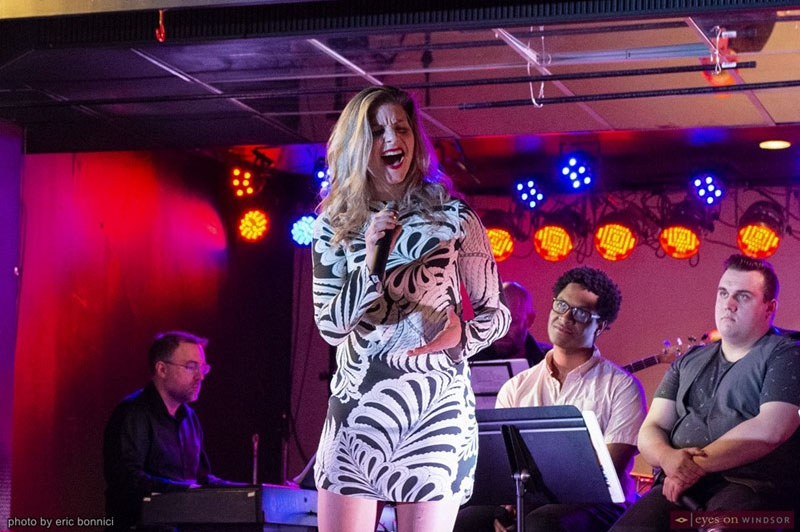 Sara Fontaine singing I Can Do Better Than That from The Last Five Years during the inaugural New Voices Concert Series (now known as The Broadway Bunch) at Rockstar Music Hall in Windsor, ON, on March 9, 2019. Photo by Eric Bonnici / Eyes On Windsor.