Monkeys With A Typewriter Theatre Company presents Moments of Clarity, the first installment of the “Tales of Misery” series, at The Shadowbox Theatre on November 1, 2, 8, & 9, 2019.

Starring Michelle Mainwaring and Rob Tymec this play tells the tale of a woman’s complete psychological disintegration and the peril it has left her in.

This play follows the plight of Misty Hetherington (played by Michelle Mainwaring): a woman of affluence who also suffers from a genetically-inherited form of mental illness. Follow her descent into madness as Rob Tymec plays several nefarious characters who exploit her during her time of vulnerability. He will also play the various heroes that try to defend her but fail in the attempt.

Moments of Clarity is the first installment in the “Tales of Misery” series. A collection of tragic plays that are meant to simply inspire sadness and woe.

Showtimes are 8pm each night.

Admission: $15 for adults and $10 for students/seniors

Show Review: Monkeys With A Typewriter’s Moments of Clarity Is Filled With Misery 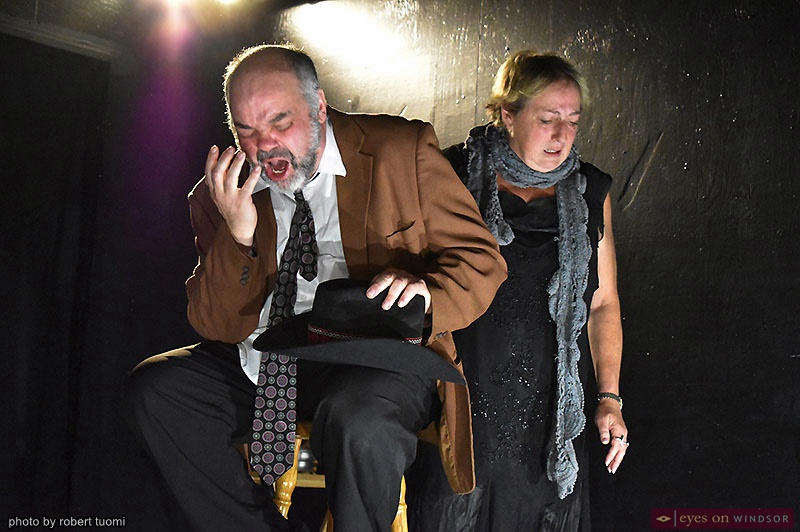 Actors Michelle Mainwaring as Misty Hetherington and Rob Tymec as her father performing in Monkeys With A Typewriter Theatre Company’s Moments of Clarity, part of the Tales of Misery series, at the Shadowbox Theatre in Windsor, Ontario, on Friday, November 1, 2019. Photo by Robert Tuomi / Eyes On Windsor.