The Strumbellas Live In Concert at Caesars Windsor | Postponed 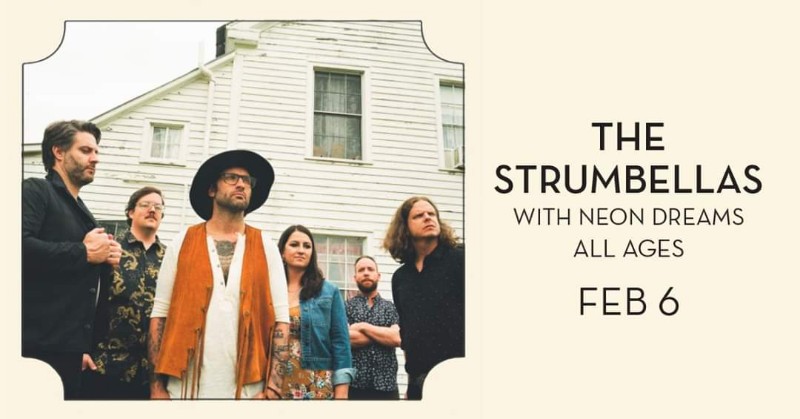 Juno Award-winning band The Strumbellas concert originally scheduled for Thursday, February 6 2020, at Caesars Windsor has been postponed due to the hospitalization of a band member. At this time a new show date has not been scheduled, please stay tuned for further details to be announced in the future.

Formed in 2009 in Toronto, Ontario, The Strumbellas’ sound, haunting lyrics fused with infectious, danceable melodies, has won them both fans and critical recognition. Following their sophomore album, We Still Move On Dance Floors, the group won the JUNO Award for Roots & Traditional Album Of The Year, Canadian Folk Music Contemporary Album Of The Year, Ottawa Folk Festival’s Rising Star Award, SiriusXM Indies award for Folk Group Of The Year, and CBC Music Rising Star Award, as well as receiving a long list nomination for the Polaris Music Prize.

The group released Hope in 2016, which spawned the massive hit “Spirits”, a No. 1 single on the Billboard Alternative Songs chart. In 2017, they won the iHeartRadio Music award for Best New Alternative Rock Artist of the Year and collected the JUNO Award for Single of the Year.

Coming off of a banner few years, they show no sign of their stride shortening. This year they released their highly anticipated fourth album, Rattlesnake, marking a stylistic turn from the group’s melancholy, introspective releases, to an uplifting album with songs that focus more on optimism.