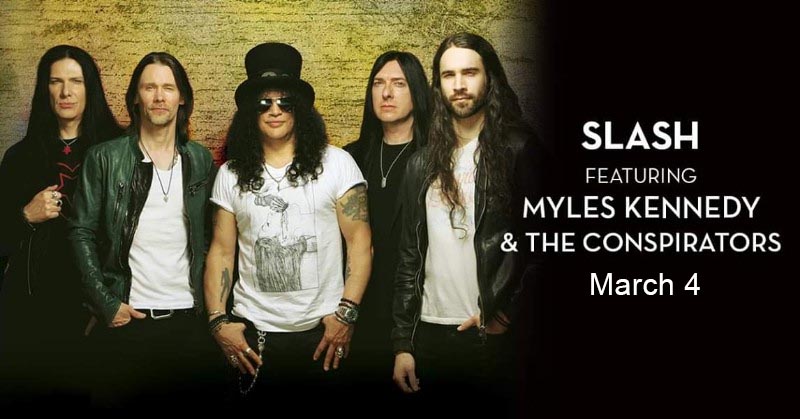 Please Note: Due to provincial capacity restrictions limiting concert venues to fifty per cent capacity, shows scheduled in The Colosseum for March are being postponed or cancelled.

Legendary guitarist, songwriter and musician, Slash, known as the lead guitarist for Guns ‘N Roses, is often considered one of the greatest guitarists in rock. The top hat wearing, Les-Paul smashing, frizzy-haired beast unleashed his brand-new album in 2018, Living the Dream, collaborating with Myles Kennedy and the Conspirators.

Slash and the band’s biggest chart topping hits include: “Apocalyptic Love”, “Living The Dream” and “World on Fire”.

For more information or to purchase tickets visit https://www.caesars.com/caesars-windsor