Russel deCarle In Concert at The Bank Theatre Grand Reveal 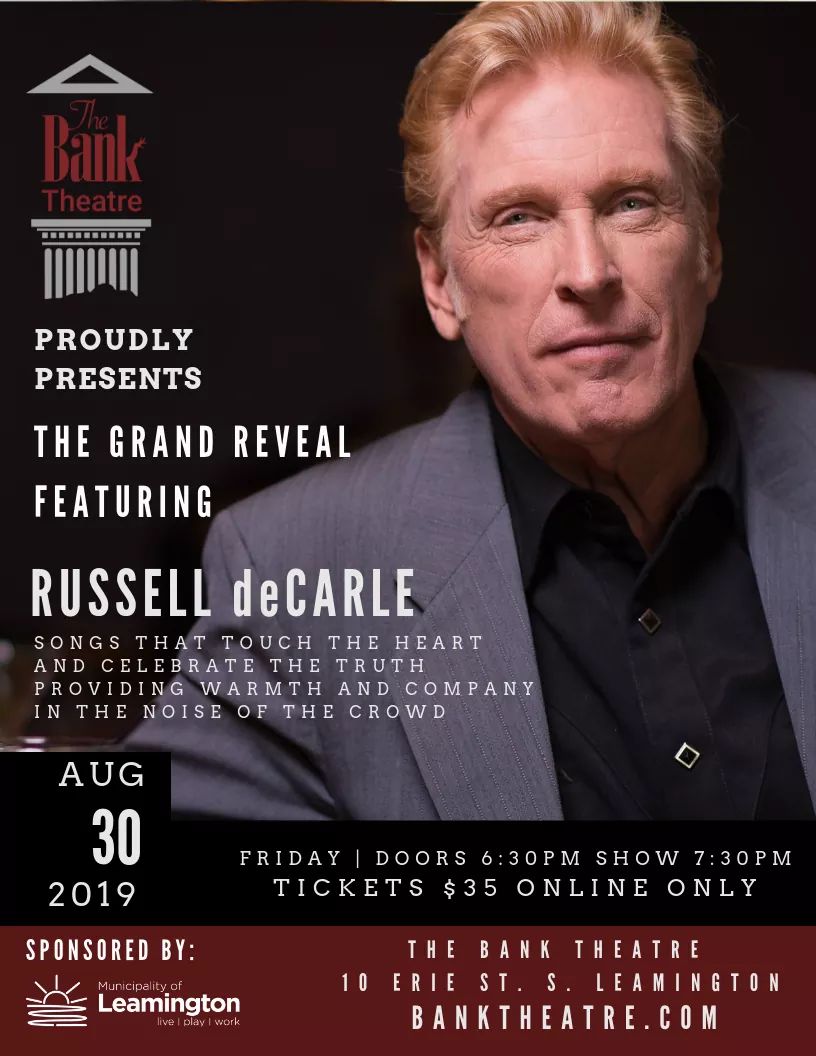 Enjoy songs that touch the heart and celebrate the truth providing warmth and company in the noise of the crowd with Russell deCarle and his band!

Known throughout North America as the lead singer and founding member of multi-platinum country-roots group Prairie Oyster, Russell deCarle has spent the last decade carving out a solo career, concentrating on songwriting and rhythm guitar playing.

Russells sound is a celebration and culmination of a lifetime of music, including a time when Buck Owens, The Beatles, and Frank Sinatra would all be played back to back on the radio.

He is currently touring in support of his third recording, a studio album of mostly original material titled Alone In This Crowd, released in July 2017. The album offers a fluent collection of songs that mix southern soul and restrained balladry, with obvious touches of southern soul, jazz, blues, and old-school country. deCarles songwriting has absorbed all those influences, and he avidly listens to both soul singers and the men and women who made early country music so compelling. 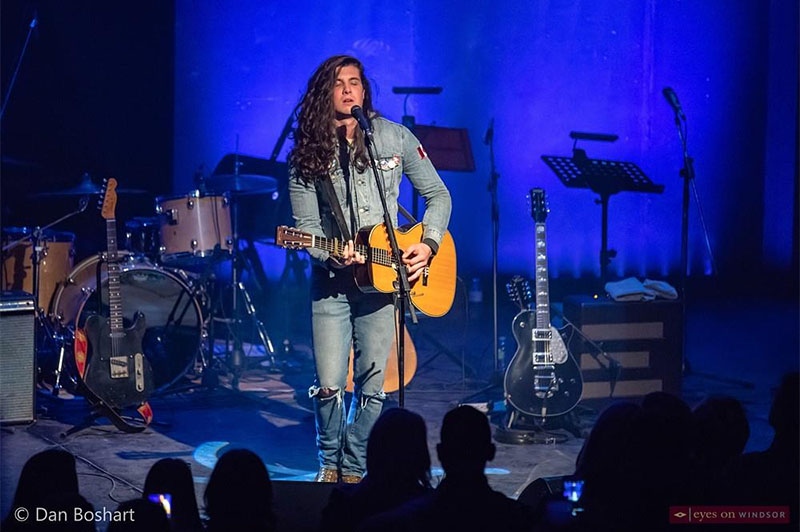 Billy Raffoul performing on The Bank Theatre Stage in Leamington, Ontario, on November 30, 2018. Photo by Dan Boshart / Eyes On Windsor.