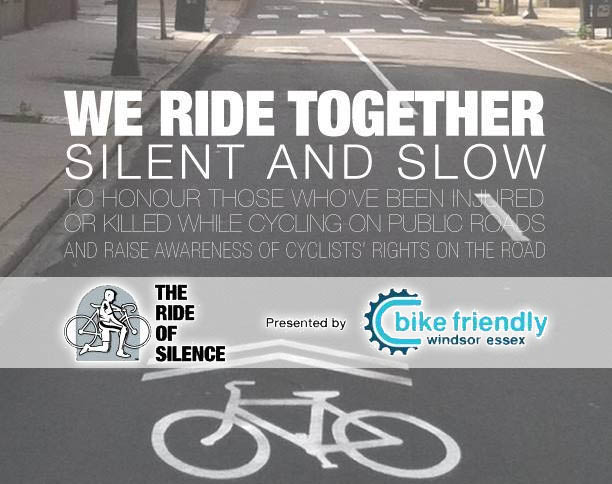 Join Bike Windsor Essex for the 11th annual Ride of Silence starting at at the back of the Bike Kitchen (628 Monmouth Rd.) in Windsor on Wednesday, May 15, 2019.

Cyclists across the globe will take to the streets in a silent procession at 7pm, to honour those injured or killed while cycling.

Registration for the event will be at the the Windsor Bike Kitchen (628 Monmouth Rd. at Sho Art Spirit & Performance) at 6pm, and the ride will commence at 7pm sharp after a reading . 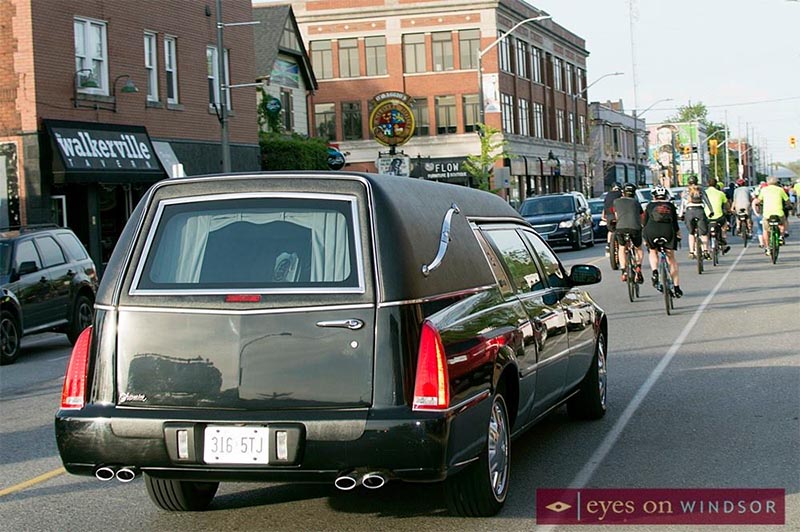 Hearse and cyclists travel down Wyandotte Street in Windsor’s Walkerville neighbourhood during the annual Ride of Silence. Photo by Eric Bonnici / Eyes On Windsor.

Helmets are required for this event and bright clothing is highly recommended for the ride home after.

There is no cost to participants and no pledges to be collected, but donations will be welcomed. Proceeds will go towards furthering BFW’s goals of making Windsor a bike-friendly city. 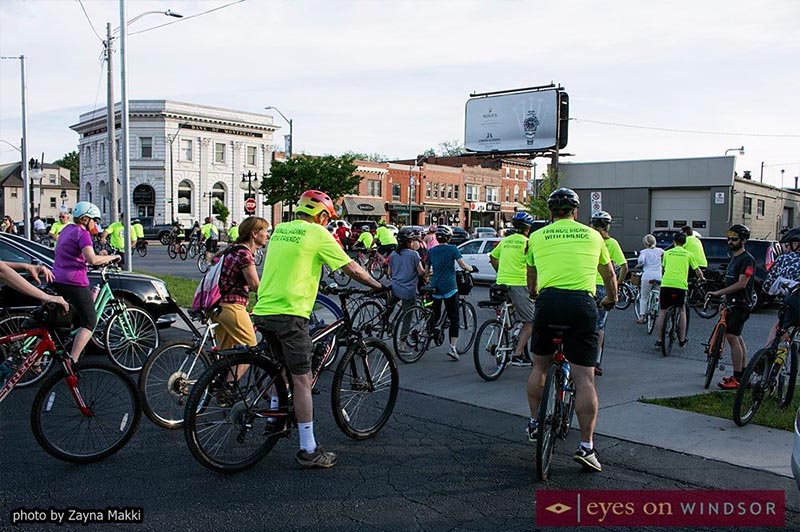 Participants of the annual Ride of Silence in Windsor set off from their starting point at the Good Neighbour Restaurant (formerly The Willistead) in Walkerville. Photo by Zayna Makki / Eyes On Windsor. 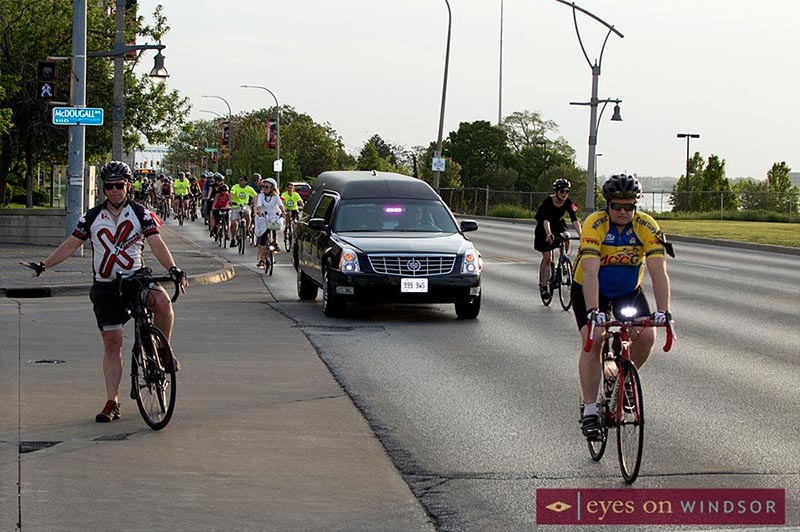 Troy Whittle and a hearse from Dignity Memorial Funeral Services lead the annual Ride of Silence along Riverside Drive in Windsor, Ontario. Photo by Eric Bonnici / Eyes On Windsor.