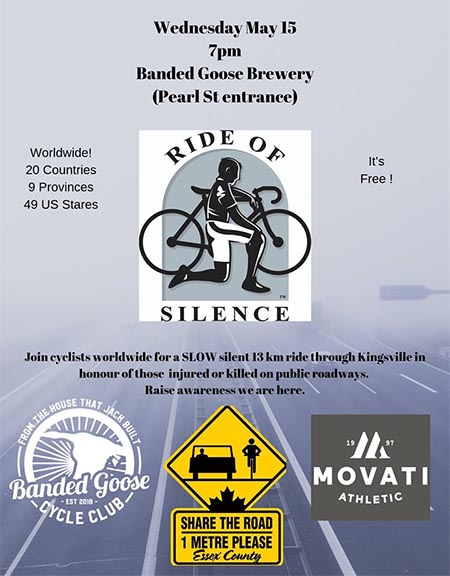 Cyclists across the globe will take to the streets in a silent procession at 7pm, to honour those injured or killed while cycling. The Kingsville Ride of Silence will start at 7pm sharp starting at the Banded Goose Brewing Co. in the Pearl Street parking lot and proceeds through the streets of Kingsville.

The ride will be approximately 13km in length, and will be a silent, slow procession. While this event is open to all, please consider whether your child will be able to remain silent for an hour, and whether they will be able to maintain the pace.