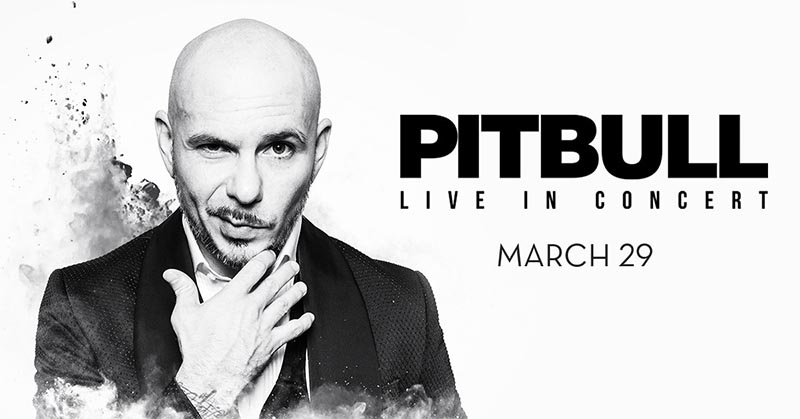 Following the tremendous success from his 2018 show, Grammy Award-winning rapper Pitbull, returns to perform live on The Colosseum Stage at Caesars Windsor on Sunday, March 29, 2020.

Armando Christian Perez, aka Pitbull, is a globally successful musician, performer, business entrepreneur, fashion icon and actor. Also known as “Mr. Worldwide”, Pitbull has landed multiple No.1 hits in over 15 countries, has over 10 billion YouTube/VEVO views and has achieved 70 million single sales as well as six million album sales across his career, with hits such as “Give Me Everything Tonight”, “Don’t Stop the Party”, and “I Know You Want Me”.

Pitbull’s expanding influence includes developing his own brands such as Voli 305 vodka, his own signature fragrance line and opening a new restaurant and nightlife club in Miami called iLov305.

Mr. Worldwide’s latest album, Libertad 548, is an ode to his father, who brought Cubans to the United States during the Mariel Boatlift in 1980. The album, which dropped in September, features a host of other artists, including Ne-Yo, Becky G and even Blake Shelton.

Don’t miss your chance to see the high-energy performance of Pitbull live!

Show Review: Pitbull Had It Going Down On The Colosseum Stage at Caesars Windsor (2018) 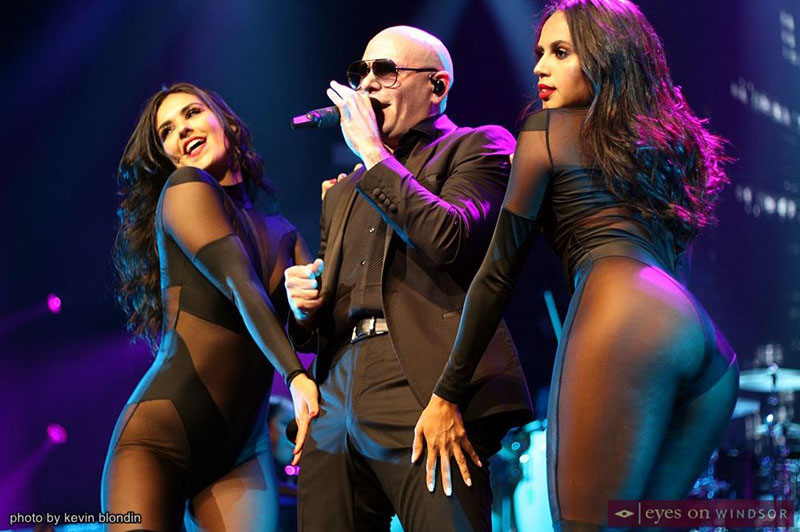 Pitbull, aka Mr. Worldwide, surrounded by two of his dancers while performing on The Colosseum stage at Caesars Windsor on Saturday, June 23, 2018. Photo by Kevin Blondin / Eyes On Windsor.