Noises Off by Michael Frayn Presented by The Bank Theatre 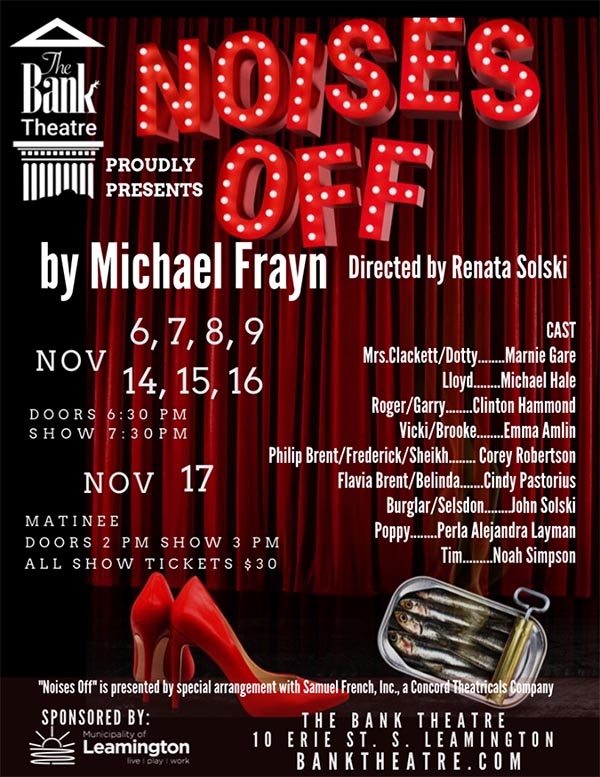 Noises Off is a play within a play. It is about an ambitious director and his troupe of mediocre actors. The cast and crew are putting together a silly sex comedy titled, “Nothing On” – a single- set farce in which lovers frolic, doors slam, clothes are tossed away, and embarrassing hi-jinks ensue.

The three acts of Noises Off expose different phases of the disastrous show, Nothing On.

Tickets are $30 each and available online or at the Bank Theatre Box Office open Thursday to Saturday from 11:00AM to 2:00PM.

Noises Off is presented by special arrangement with Samuel French, Inc., a Concord Theatricals Company 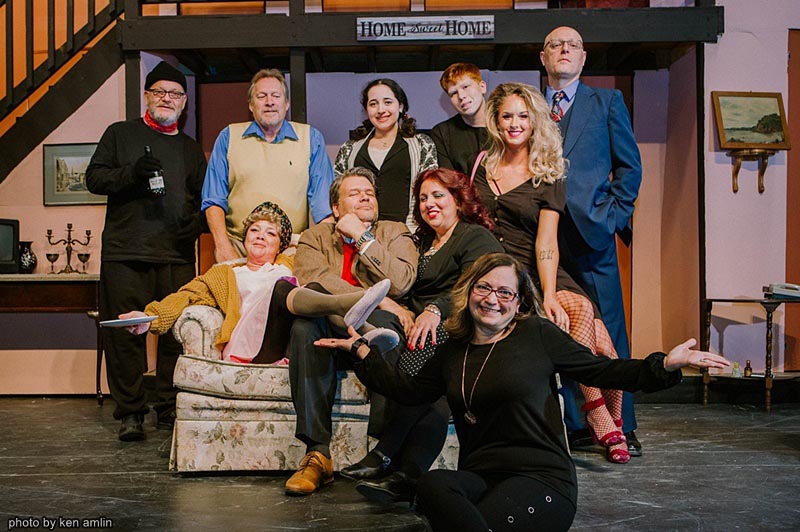 The cast and director of Noises Off during a dress rehearsal at The Bank Theatre in Leamington, Ontario. Back row from left actors John Peter Solski, Michael Hale, Perla Alejandra Layman, Noah Simpson, and Clinton Hammond, On couch from left Marnie Renaud-Gare, Corey Robertson, Cindy Pastorious, and Emma Amlin. In front, director Renata Solski. Photo by and courtesy of Ken Amlin.