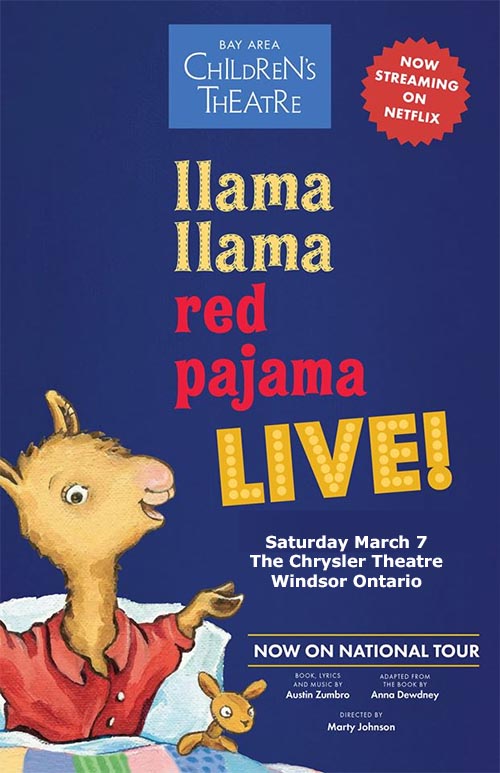 Anna Dewdney’s Llama Llama book series is one that many snuggle down under the covers to read before bed. The famous book recently became a Netflix original series, and it’s now coming to the Chrysler Theatre stage as a live show!

The show starts at bedtime which has never been so exciting! It’s the end of the day for the Llama family. After a long day of adventures at the school and the store, Baby Llama can’t wait to put on his red pajamas. He and his friends the toys are ready to sing and dance their way to sleep…except…they need a bedtime story and a kiss goodnight and a drink of water. But, where’s Mama? This hilarious new musical from Bay Area Children’s Theatre based on the bestselling books by Anna Dewdney will warm every Llama and Llama Mama’s heart.