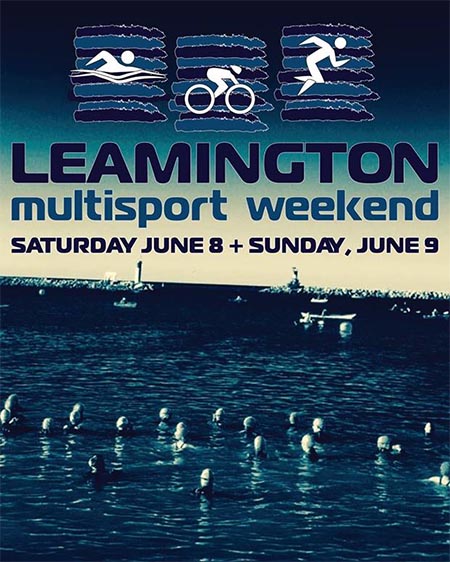 The 32nd Annual Leamington Multisport Weekend (formerly the Leamington Triathlon Weekend) has been set for June 8 & 9, 2019.

The Multisport Weekend is a long-standing tradition in the town of Leamington. Having started out in a local family’s backyard pool and racing around their neighbourhood, the race has grown quite a lot over the years.

The Saturday races include:

The event welcomes for the 3rd year the Pure Kids Triathlon taking place on June 8th. It is the first in the series of 3 races.

In 2019 the event organizers made the name change from Leamington Triathlon Weekend to Leamington Multisport Weekend to represent the multiple races the event has grown into.