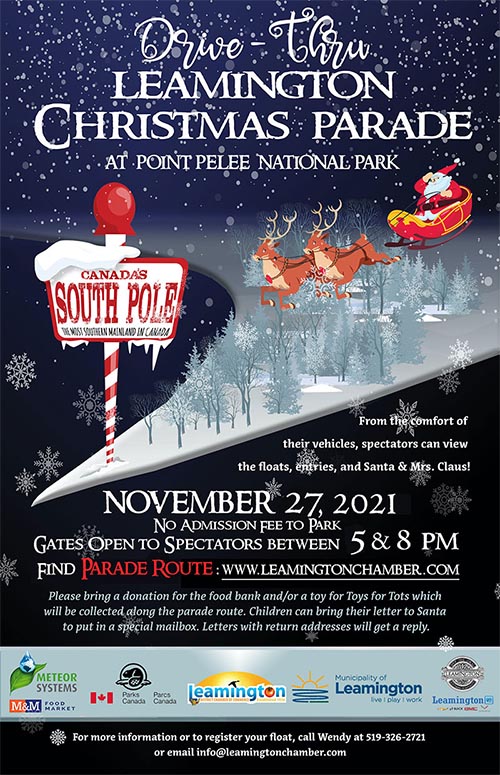 The Leamington District Chamber of Commerce with the assistance of Parks Canada hosts a Drive Through Leamingtion Christmas Parade, a reverse Santa Claus parade through Point Pelee National Park aka “Canada’s South Pole” on Saturday, November 28, 2020.

Floats will be located throughout the park in the beautiful natural setting of Point Pelee National Park. Spectators will view the floats from the comfort and warmth of their own vehicles.

“We had to think in a different way this year,” says Chad Robinson, Christmas Parade Chair, “It was important to have the children see Santa Claus and the natural setting provided us with a spectacular opportunity.”

“The floats being community based, brought excitement to the participants to put them together, “said Wendy Parsons, General Manager, Leamington District Chamber of Commerce, “with greater than 30 entries, the response has been larger than expected.”

Spectators will be prohibited from lining up at the park gates until 5:30 pm but it is expected to have a steady flow through the 12 km route. “Patience and kindness” is the motto for this year’s parade.

Letters to Santa will be collected and those with return addresses on the envelopes will receive a reply. Bagged donations of toys for Toys For Tots and canned goods for the local food bank are being accepted near the beginning of the route.

For more information contact Leamington District Chamber of Commerce at 519-326-2721 or info@leamingtonchamber.com 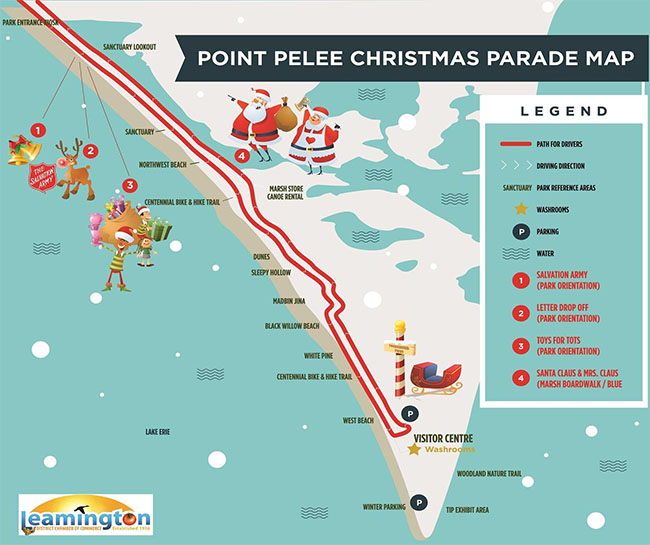