In the Face of It – Dramatic Sketches at Sho Studios 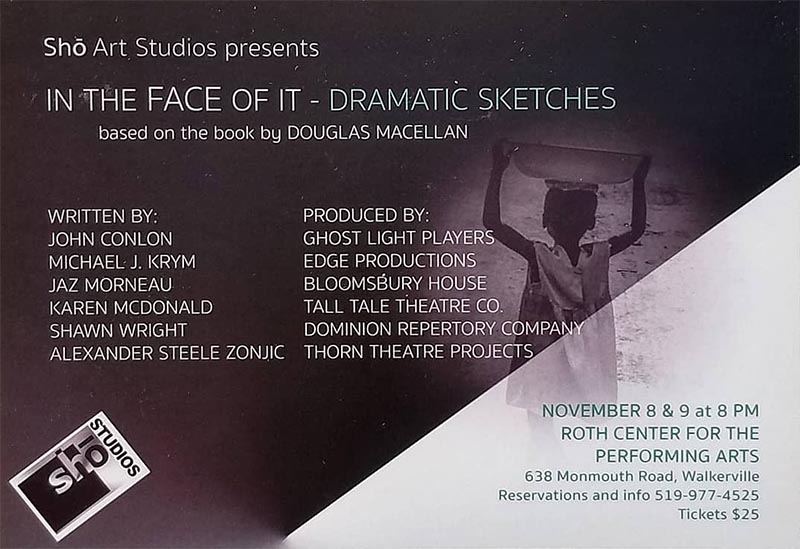 Local photojournalist Douglas Macellan’s first book, In the Face of It, published by Black Moss Press in April 2019, features photographs and stories from African countries and across Canada over MacLellan’s thirty five year photojournalism career.

MacLellan is a Windsor, Ontario based photographer. He was the official photographer at the Hockey Hall of Fame and Toronto International Film Festival, covered health and social issues in various African countries for over a decade before concentrating on projects about marginalised individuals in the Windsor area.

The book was produced by students in the University of Windsor Publishing Practicum and overseen by Marty Gervais, the course teacher and Black Moss Press publisher.

Showtime is 8pm each night.