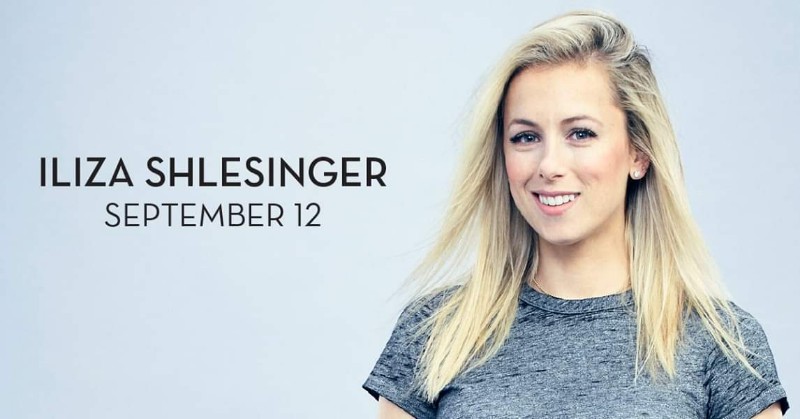 Shlesinger has taken the comedy world by storm with four Netflix specials – ‘War Paint’, ‘Freezing Hot’, ‘Confirmed Kills’, and ‘Elder Millennial’, on top of numerous television and film appearances. Her bold and hysterical comedy highlights social issues with a comical twist, making her one of America’s hottest comedians.

She recently released her first book Girl Logic: The Genius and the Absurdity, a subversively funny collection of essays and observations on a confident woman’s approach to friendship, singlehood, and relationships. On her new podcast, Ask Iliza Anything, she offers up her unique perspective to listeners, answering their questions on virtually any topic. In 2018, she costarred opposite Mark Wahlberg and Rose Byrne in ‘Instant Family’ and will next be seen opposite Wahlberg in the upcoming Netflix movie ‘Wonderland’, directed by Peter Berg. She just finished filming her fifth Netflix special which should be out later this year.

Don’t miss your chance to see Iliza Shlesinger live! Tickets start at $28 Canadian and are on sale now!