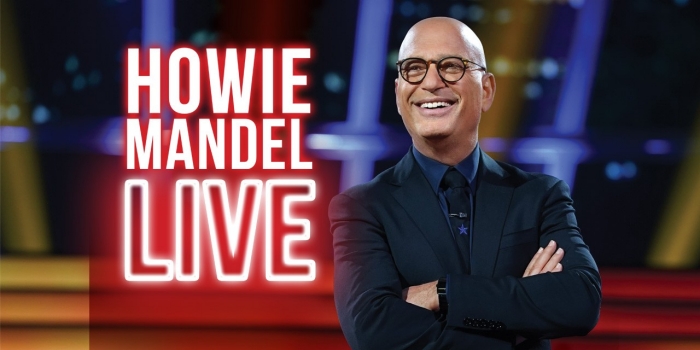 Canadian actor and television personality Howie Mandel is best known for creating the international animated cartoon series Bobby’s World, serving as executive producer and host of Deal or No Deal and as a judge on America’s Got Talent. Mandel has been nominated for multiple Emmy Awards as host of “Deal or No Deal.”

As a mainstay of the American comedy scene, Mandel recently released his first solo special in 20 years Howie Mandel Presents: Howie Mandel at the Howie Mandel Comedy Club in January 2019.

Honoured on the famous Hollywood Walk of Fame in 2008, Mandel continued to add to his repertoire of side-splitting humour as a host, actor and/or executive producer with Take It All and Howie Do It for NBC, Deal With It for TBS and Mobbed for Fox.

In 2009, Mandel added author to his resume when he released his frank, funny and no-hold-barred memoir, Here’s the Deal: Don’t Touch Me, that was quickly added to the New York Times bestseller list. Currently, he continues to perform as many as 200 stand-up comedy shows each year throughout the U.S. and Canada.

Tickets start at $23 Canadian and are on sale now.

For more information or to purchase tickets visit https://www.caesars.com/caesars-windsor/shows