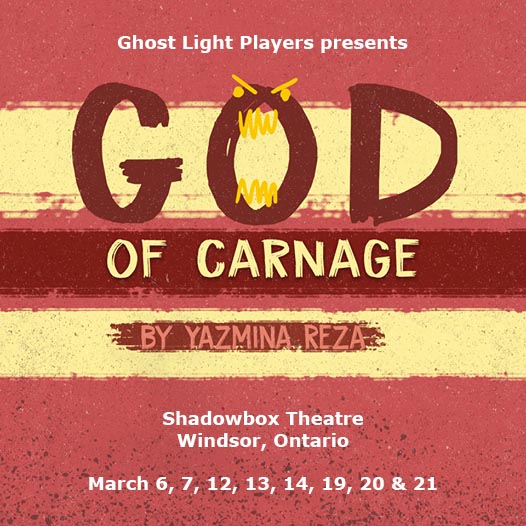 Please note this show has been postponed and may be rescheduled at a later date to be determined. Any purchased tickets will be honoured at the future performance or future Ghost Light Players productions.

“This polite attempt to compose a report of the playground scuffle becomes a savage blame game… every man, woman and child for themselves” – Theatre Journal 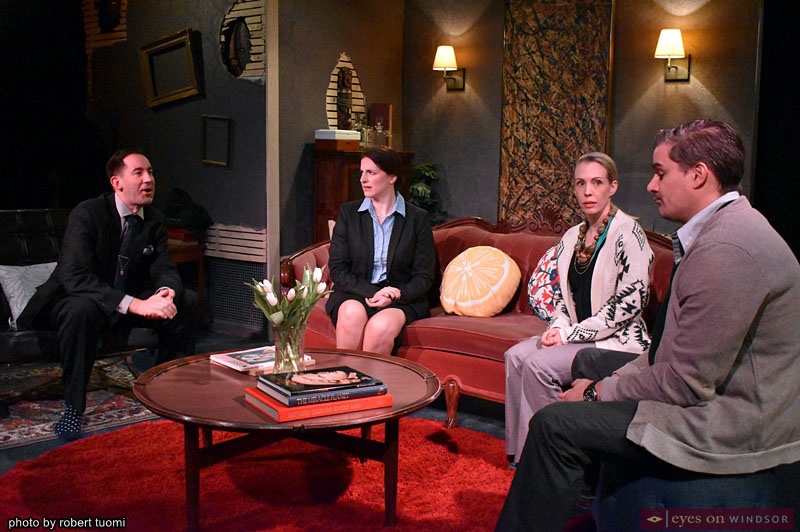 The cast of Ghost Light Players production of God of Carnage performing during rehearsal at The Shadowbox Theatre in Windsor, Ontario, on March 5, 2020. Photo by Robert Tuomi / Eyes On Windsor.