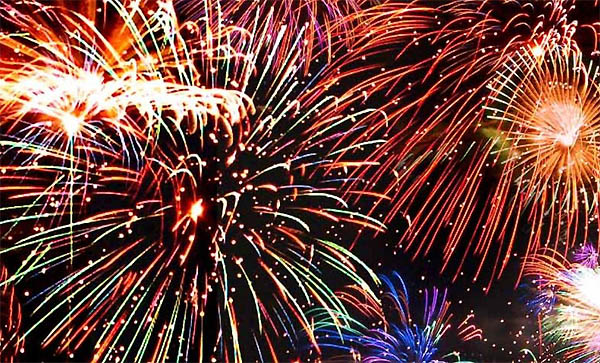 The 62nd Annual Ford Fireworks, sponsored by the Ford Motor Company since 2013, go off over the Detroit River on August 31, 2020 as a televised-only show.

The Parade Company and Mayor Mike Duggan, City of Detroit announced the 2020 Ford Fireworks, one of America’s most celebrated fireworks displays, will take place on Monday, August 31 as a televised-only show. The special broadcast on WDIV Local 4 will honor frontline workers and heroes of the COVID-19 crisis.

In response to this unprecedented time and public safety as a top priority, Hart Plaza and other public spaces will not be open for viewing. Strict public safety guidelines will be communicated by state and city officials in the coming three months.

“Detroit is one of the most remarkable and resilient cities in America and we are proud to bring the Ford Fireworks to our community in a very special way this year,” said Tony Michaels, President and CEO, The Parade Company. “We have an unwavering commitment to this tradition, which has brought us together as one for over six decades, and are grateful to Mayor Duggan, the City of Detroit, WDIV Local 4 and our many amazing partners who are joining efforts to make this possible.”

“The valiant and selfless efforts of our health care workers and first responders has been one of the bright spots for our region during this very difficult time,” said Mary Culler, president, Ford Motor Company Fund. “The Ford Fireworks this year will honor them and their brave work.”