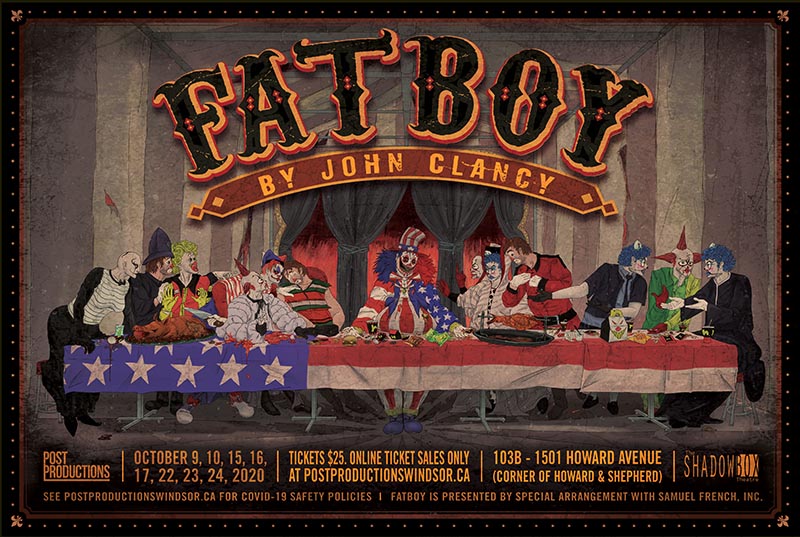 It’s time to feast on the American dream! Fatboy is a profane, merciless dark comedy that shines a twisted spotlight on the American appetite for power, consumption, and destruction. Inspired by Alfred Jarry’s Ubu Roi, the old Punch and Judy puppet shows, and Natural Born Killers, this production will have you simultaneously laughing and wincing as you witness Fatboy and his grotesque wife Fudgie break free of their humble origins, turn a war crimes tribunal into a farce, and ultimately rule the world. It’s a satire wrapped up in an allegory, stuffed inside a parody, hammered into a funhouse mirror you’ll never forget.

Doors open at 7:30 PM for an 8:00 show. Tickets $25, available online only at postproductionswindsor.ca, where patrons can also review the venue’s Covid-19 health and safety policies. 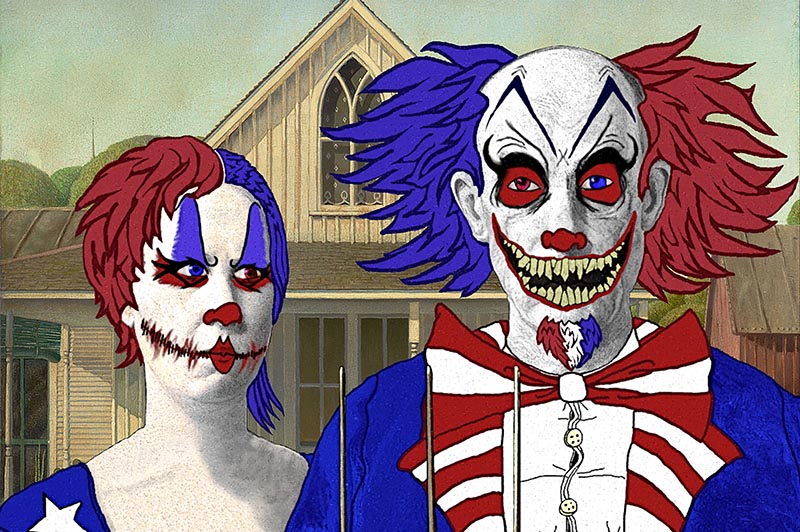