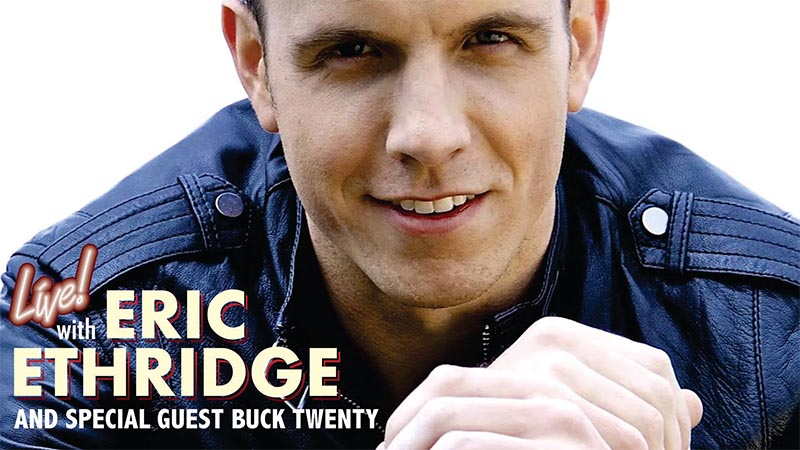 Eric Ethridge is quickly becoming a household name for Country fans across the nation. In 2016 Eric was selected into the CCMA Discovery Program and went on to win earning him his first CCMA Award. In early 2017 Eric teamed up with Juno award-winning producer/songwriter Brian Howes (Chris Daughtry, Keith Urban) to produce his debut EP. The first single, ‘Liquor’s Callin’ the Shots’ climbed to Top 30 at Canadian Country Radio creating an incredible first impression as a new artist. Eric has since released the full EP which debuted at #1 on the iTunes Country charts and was streamed over 3 Million times in the first 6 weeks. His most recent single ‘California’ spent time as the Most Streamed Canadian Country Song in Canada and ‘If You Met Me First’ has been featured on Sirius XM The Highway’s On The Horizon. If that wasn’t enough for this budding Country Star to celebrate, Eric was named the Grand Prize winner in the Unsigned Only competition for ‘Girl on Fire’, selected from over 6,000 applicants from 95 different countries across all Genres. Even with all he has accomplished in his short career so far, you can’t help but feel this is only the beginning for Eric Ethridge. 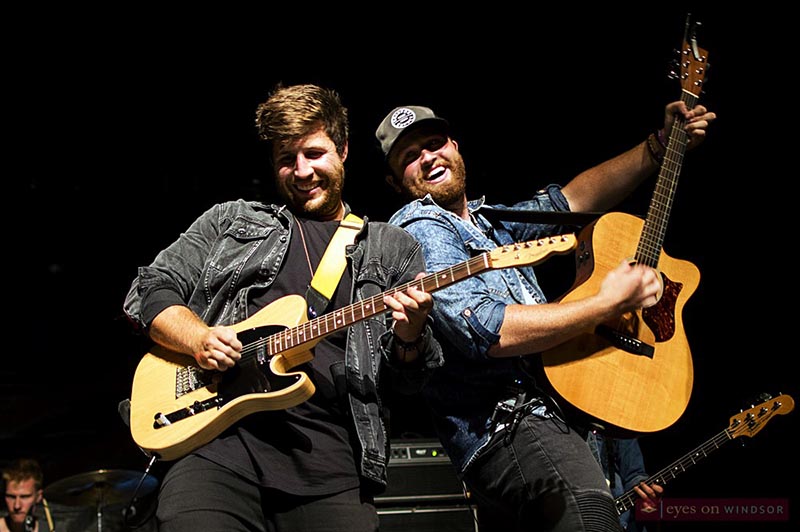 Harrow/Lasalle based country music band Buck Twenty , Aidan Johnson-Bujold (left) and Mike Ure (right), thrilled the crowd with a hometown performance when they headlined the entertainment on opening night of the Tecumseh Corn Festival on August 24, 2018. Photo by Eric Bonnici / Eyes On Windsor.

Singer/songwriter duo Mike Ure and Aidan Johnson-Bujold emerged from the small towns of Harrow and LaSalle, Ontario, in a very big way. In just a few short years, the band has earned incredible accolades and awards. The 2017 CMAO Rising Star Award Nominees and Boots & Hearts Emerging Artist Finalists (2017), have ‘Kicked it with Kissel,’ once already, but are looking forward to performing alongside the notable Country Music Star (that’s Brett Kissel) again in 2018. In a highly-competitive landscape, this laid-back and easy going group continue to turn industry heads and win over fans, keeping up with other top-performers in their genre.

In 2016, their single ‘Here’s to the Nights,’ reached #58 on Canadian Country Radio Charts: a notable achievement for an independently represented group. Fans recognize Buck Twenty for their trademark sound, which is bursting with catchy hooks, as well as the surplus of positive energy they have on stage. Throughout 2018, the band introduced new music to their loyal and growing fanbase, launching new songs to radio, and engaging live, with audiences across Canada

During this concert, with the help of Eric Ethridge and Buck Twenty, the 2019 entertainment lineup will be announced for the Chaps and Spurs Country Festival set for August 2019.

Licensed event. Must be 19 years of age to attend.

VIP tickets which include a pre-show Meet & Greet session with Eric Ethridge and Buck Twenty, and preferred seating in front of the stage are available for $40 each.

The Essex Recreation Complex is located at 242 Talbot Street North in Essex, ON.

For more information or to purchase tickets visit https://www.chapsandspurs.com