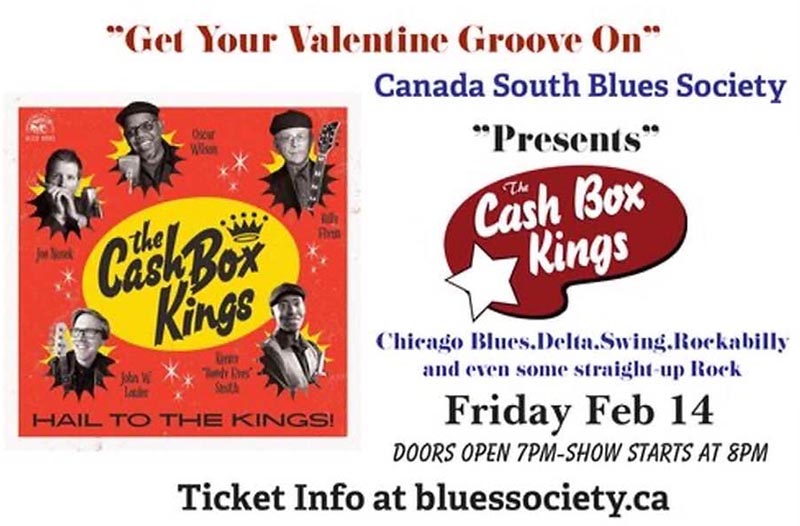 The Cash Box Kings have “earned their own blues throne and are ready to hold court. They bring an up-to-the minute urgency to their traditional, tough, fun and gritty blues that brings audiences to their feet”

This is going to be one Valentine’s Day Party you’re going to love. Don’t miss your chance to experience Cash Box Kings live right here in Windsor!

Doors open at 7pm and the show starts at 8pm.

Tickets are $25 for Canada South Blues Society Members and $30 for non-members.