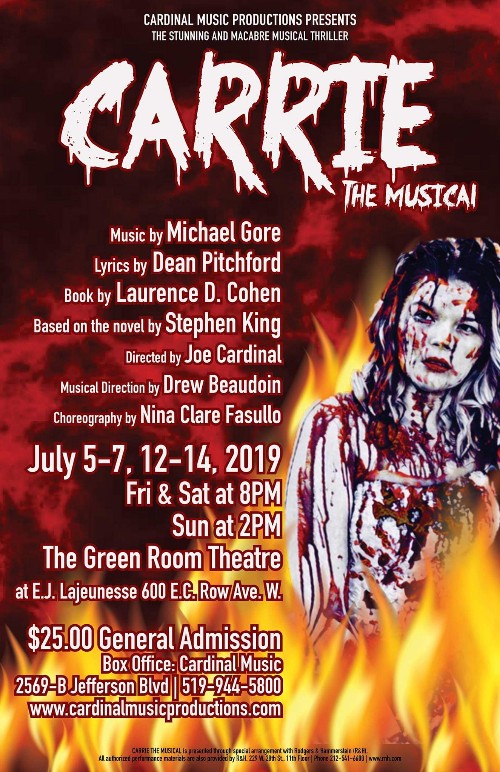 Carrie, focuses on an awkward teenage girl with telekinetic powers whose lonely life is dominated by an oppressive religious fanatic mother. When she is humiliated by her classmates at the high school prom, she unleashes chaos on everyone and everything in her path. 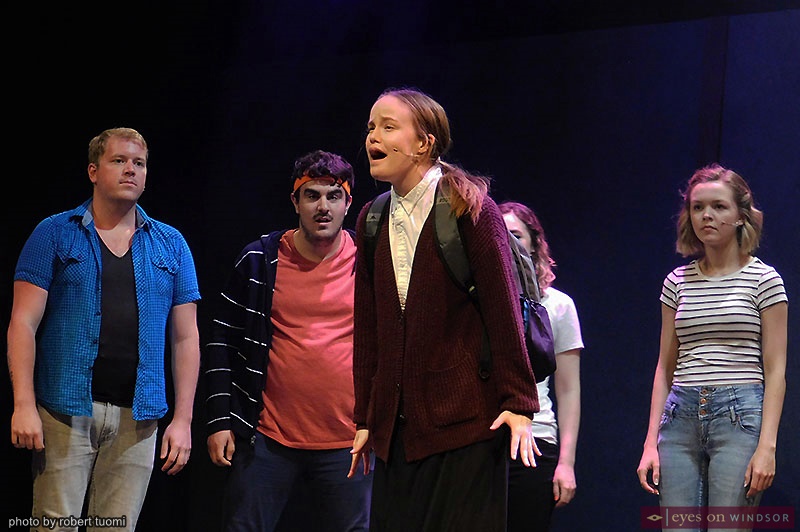 Sydney White (centre), playing the role of Carrie White, the protagonist, in Cardinal Music Productions presentation of Carrie The Musical, is surrounded by some of her high school classmates, on the play’s opening night at the Green Room Theatre at E.J. Lajeunesse High School in Windsor, Ontario, on Friday, July 5, 2019. Photo by Robert Tuomi / Eyes On Windsor.