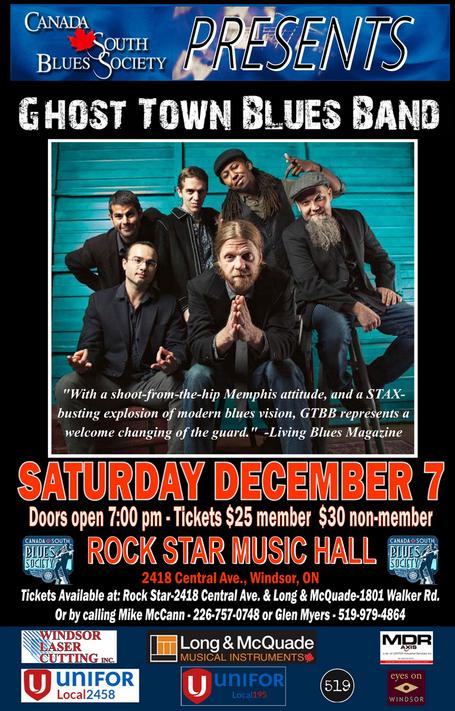 Recently headlining the blues stage at The Montreal Jazz Festival, Beale Street’s latest success story, 5-time Blues Blast Music Award Nominee and International Blues Challenge Runner-up is Ghost Town Blues Band. Not your grandpa’s blues band, their live show has been captivating audiences in the U.S., Canada and Europe with their “second-line horn entrance,” cigar box guitars and electric push brooms to Allman Brothers style jams and even a hip-hop trombone player. The band’s stage show and energy is unparalleled and has been called the best new live blues show in the world today.

“GTBB shows what can happen when the past is distilled through young sensibilities, voices, and instruments. This is 21st century blues at its best.” -Living Blues Magazine

“With a shoot-from-the-hip Memphis attitude, and a STAX-busting explosion of modern blues vision, GTBB represents a welcome changing of the guard,” Living Blues Magazine.

Doors open at 7pm and the show starts at 8pm.

Tickets are $25 for Canada South Blues Society Members and $30 for non-members. 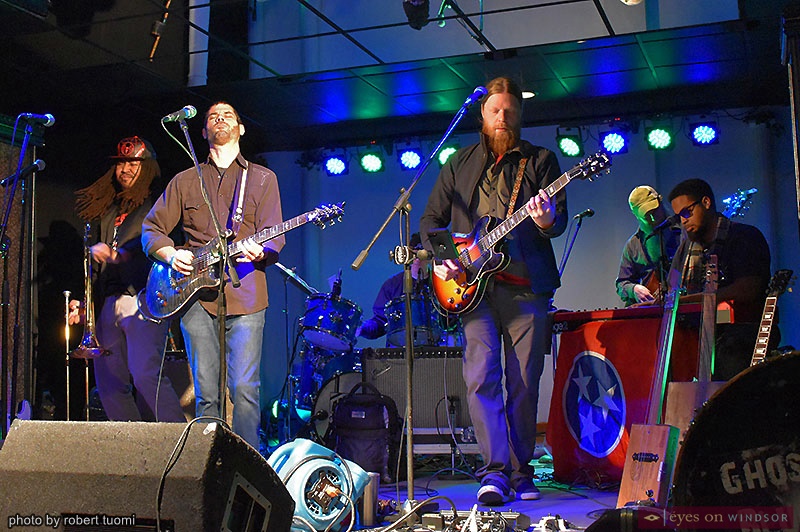