Busk On The Block | Busker Festival in Walkerville 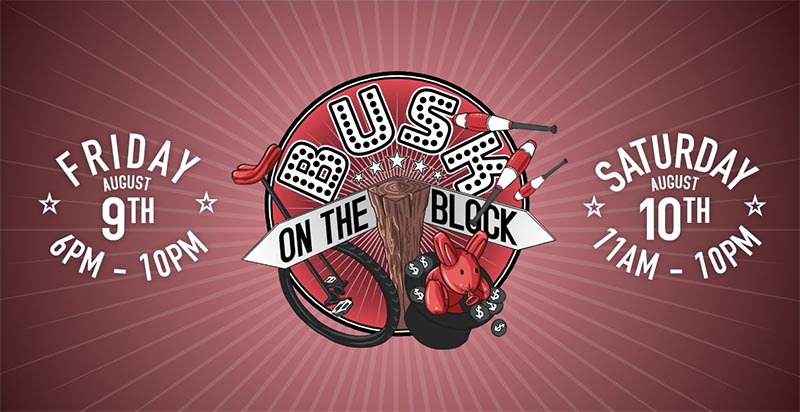 Busk On The Block keeps the tradition of filling the streets of Windsor’s Walkerville with world class buskers and family fun alive again this year on August 9 & 10, 2019.

Busk On The Block is Windsor’s only Busking Street Festival! This incredible event will happen in front of Walkerville Brewery on Argyle Road, (North of Wyandotte).

Busk On The Block is free, not for profit, and fun for all ages – so bring the whole family! Enjoy fantastic vendors fully stocked with tasty treats, and spectacular stunts put on by some of the world’s most incredible and unique Buskers. This year’s line-up come from all over – from local performers to as far away as Australia! – so be sure to stop in and check them out!

Admission to the street performances is free

Please remember that while this is a free event, the performers are only being paid by donations made by their audience members. Your contributions are greatly appreciated. 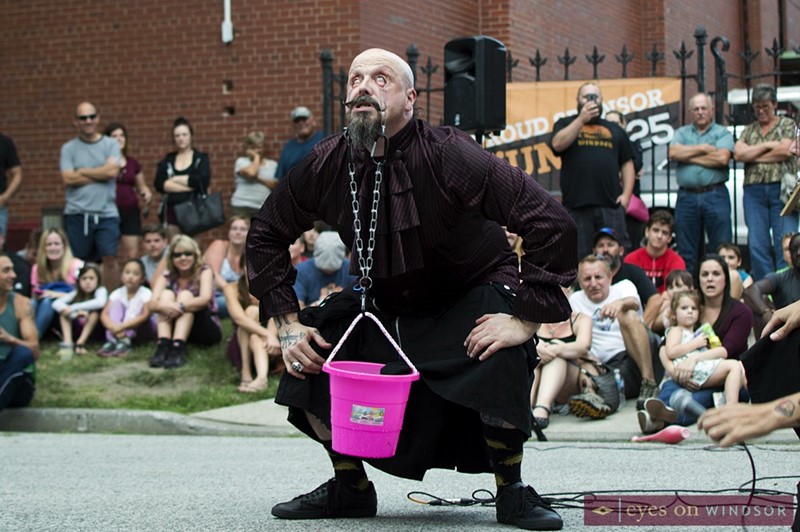 Orbax from the Monsters of Schlock lifts a bucket using only chains hooked on his lower eyelids during Buskerville Fest in Walkerville, Ontario, on August 11, 2018. Photo by Eric Bonnici / Eyes On Windsor.

Busk at The Brewery

Busk at the Brewery takes place at Walkerville Brewery on Friday, August 9th and Saturday, August 10th at 10pm as part of Busk On The Block weekend. Sip local libations while you enjoy outrageous stunts and adult-only performances!

The “Busk at the Brewery” series will be hosted by The Monsters of Schlock: a two man demolition derby known all around the world as the “brothers of bodily abuse” — not for the faint of heart!

This 19+ event will feature all of your favorite buskers from the festival — doing a shorter, for-adult-eyes-only bit from their show! Plus, a sultry burlesque act and a showcase from Resurgence Arts Collective!

Tickets are $10 each and can purchased on Eventbrite at https://www.eventbrite.ca/e/busk-at-the-brewery-tickets-65170314164 or in person at Walkerville Brewery.

WARNING: This is a 19+, adult only show due to the nature of the performances. May not be suitable for all viewers — contains disturbing images and course language.

More details about Busk On The Block can be found at buskontheblock.com. 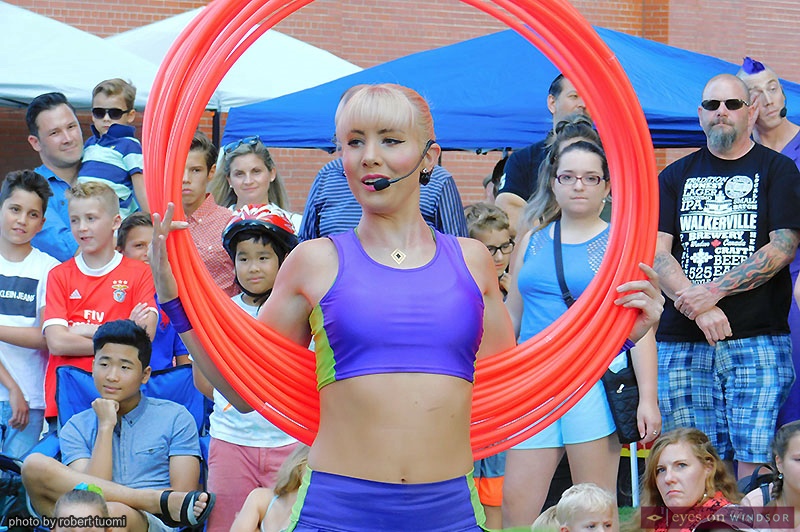 Western Australian lawyer Tarrabell Murphy, turned busker, preparing to deal with 20 hula hoops as part of the act of Zap Circus at Busk On The Block Busker Festival in Walkerville / Windsor, Ontario, on Friday, August 9, 2019. Photo by Robert Tuomi / Eyes On Windsor. 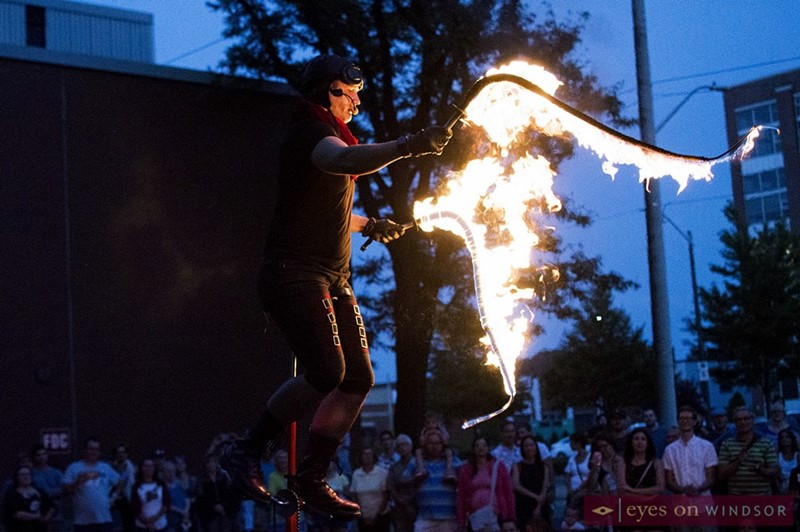