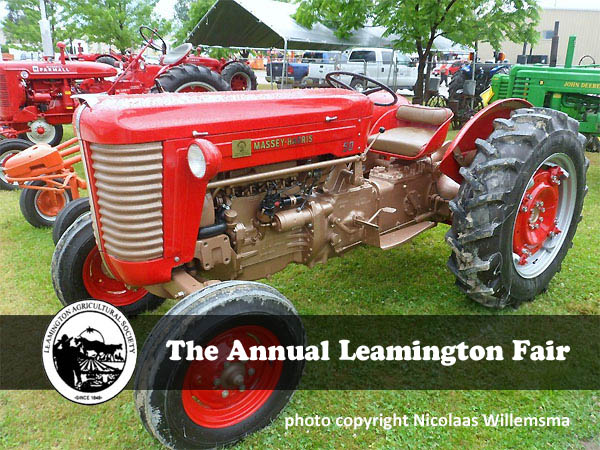 The 172nd Leamington Fair presented by the Leamington District Agricultural Society is one of Ontario’s longest running fairs taking place at Leamington Fairgrounds on June 12, 13 & 14, 2020.

Please Note: Organizers have announced that The Leamington Fair has been postponed. A new date has not been announced yet.

Organizers have announced that festival goers will enjoy a new bigger midway with new rides!

The Leamington District Agricultural Society is a not-for-profit organization founded in 1848 run by a board of directors that promotes education and agricultural awareness in the community. The Society is maintained through the work of generous volunteers who donate their time and efforts to make the Society, as well as the Fair, a success.

For more information, vendor opportunities, or to volunteer call 519-326-8082 or email ldasfair@gmail.com or visit http://ldasfair.weebly.com