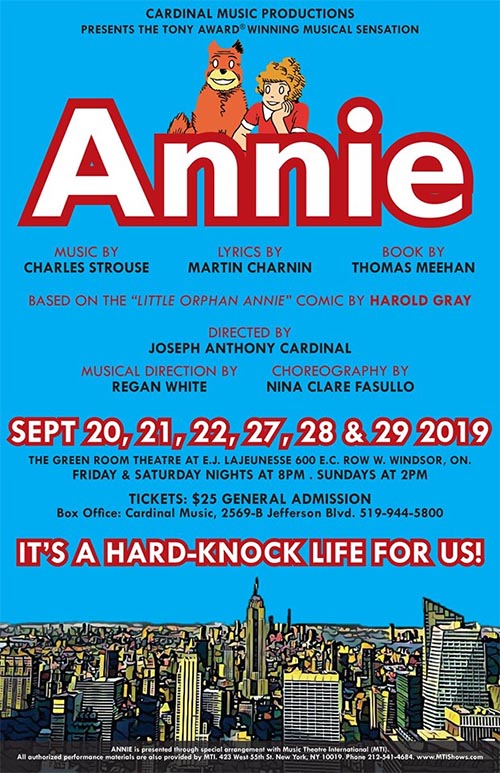 Annie is a Broadway musical based upon the popular Harold Gray comic strip Little Orphan Annie. The original Broadway production opened in 1977 and ran for nearly six years, setting a record for the Alvin Theatre (now the Neil Simon Theatre). It spawned numerous productions in many countries, as well as national tours, and won the Tony Award for Best Musical. The musical’s songs “Tomorrow” and “It’s the Hard Knock Life” are among its most popular musical numbers.

Music by Charles Strouse, lyrics by Martin Charnin, and book by Thomas Meehan 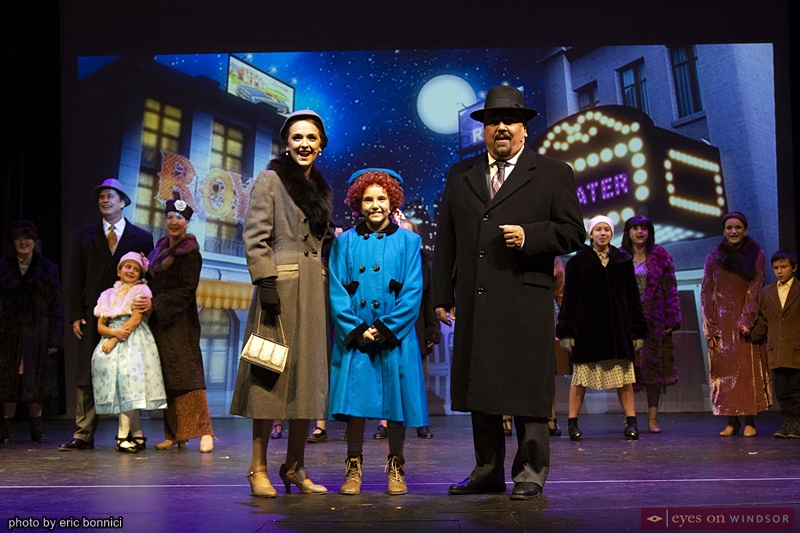