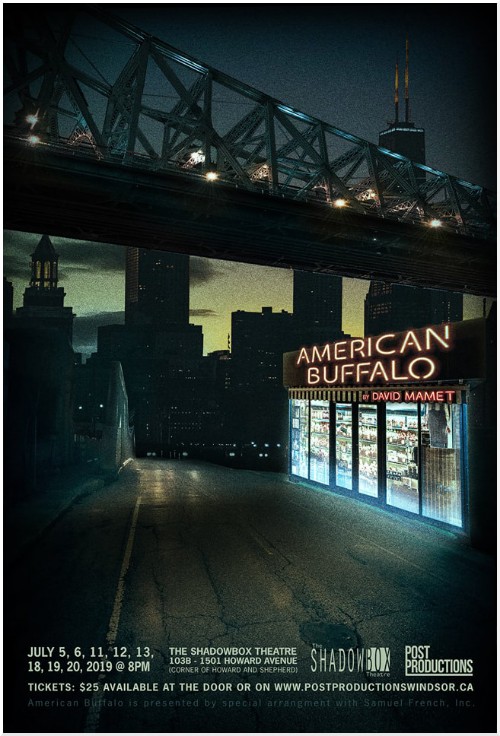 In a decrepit Chicago junk shop, three ne’er-do-wells – petty thieves and junkies – plot to claw their way out of America’s economic trash-bin in a story that’s equal parts tragedy and comedy. Junk shop owner Donny, naïve young junkie Bobby, and paranoid loose cannon Teach plot to rob a coin collector who foolishly showed off a valuable American Buffalo nickel. Although they see themselves as businessmen on the rise, their ambitions clash against the realities of their own habits and deficiencies – testing the limits of friendship, interrogating the meaning of loyalty, and forcing each of them to confront the near-impossibility of trust. Is the American dream really a nightmare?

Since its premiere in 1975, audiences have loved AMERICAN BUFFALO’s vivid characters, dark humour, volatile intensity and its thoughtful examinations of friendship, loyalty, and success. Prepare yourself for a story you’ll never forget!

Tickets are $25 each and available in advance online at Eventbrite.ca. Tickets will also be available at the door.

The show starts at 8pm each night. 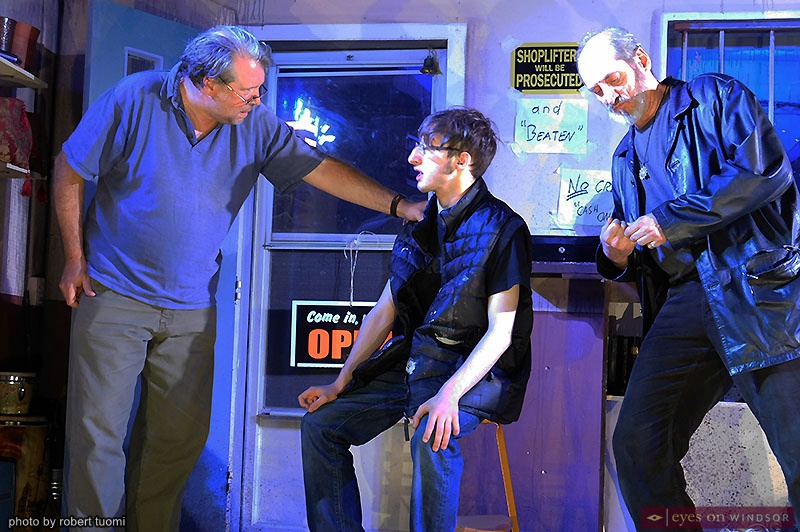