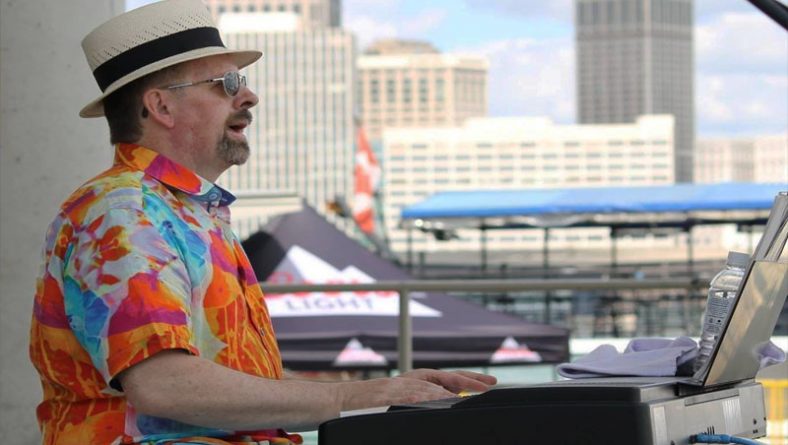 With the pandemic limiting the opportunities musicians have to perform before live audiences, some are being creative. Windsor-based Pianist David Faulkner simply sat down at his electronic organ and began to play famed American composer George Gershwin’s “I Got Rhythm” which he recorded so it can be shared.

Faulkner tells Eyes on Windsor about his love of the composer which he says is based on a body of work able to make its listeners, “instantly happy, yet you can really sense the humanity of his compositions. Very often when I perform ‘I Got Rhythm’ with an audience you will see people stop and start remembering the song. They may not even be aware of the name of the song but they will start moving their bodies or snapping their fingers. I get a kick out of seeing people enjoying the moment.”

Life in a world of lockdowns, which are granted, slowly starting to be eased, is what the seasoned entertainer describes as a struggle. “The idea of not being able to communicate with a live audience is very challenging. I love to attend shows such as the Detroit Jazz Festival, Detroit and Windsor Symphonies. Right now this is not possible. Music ‘takes you there’ and can be a great healer of folks.”

In normal times, Faulkner can be found on stage at prestigious hotels in Canada’s largest cities and in many venues in Detroit. And while he is not alone in being “stageless” for over five months, he remains optimistic and is actually, “looking forward to playing regularly in public again. I do believe this will happen at some point as people need a way to let go of our daily struggles and just enjoy hearing their favourite music. So folks, try to be of good cheer as this too shall pass.”