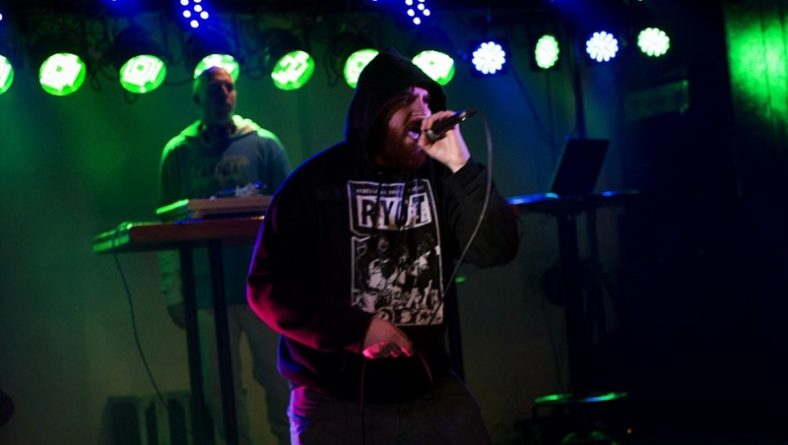 Local music and local basketball are coming together as The Windsor Express team up with 519 Magazine kicking off, what has been dubbed, the 519 Premium Concert Series, starting on Feb. 6 and running through March 29. The concert series will feature local performers inside the WFCU Centre’s Crown Royal Lounge prior to Windsor Express Basketball home games.

Eyes On Windsor spoke with 519 Magazine Publisher, Dan Savoie, about the exciting new concert series. He told us that initially, because of their contacts in the music industry, the Windsor Express approached him about helping to fill a few gaps in their half time show schedule. What emerged was a great showcase of local music performers putting on an intimate show before the remaining Windsor Express home games this season. “People can go into the Executive Crown Royal Room and watch a local performer on a grand scale in a very nice luxurious room, for a very intimate performance, and then they can all watch basketball afterwards,” explained Dan.

A diverse and talented pool of music performers in Windsor and surrounding area often expose their talent to the public at “perform-for-free” opportunities. Dan says, “we wanted to make sure the artists get paid first and foremost, that’s very important because artists perform for free here so much and we wanted to make sure they at least get paid for their efforts. So of the $20 ticket, $10 goes directly to the artist, that’s one of the key ingredients of why I actually agreed to do it.”

Dan also wanted to use some of the proceeds from ticket sales to help a local charity. He was hoping to find a registered music based charity to contribute to.

“We really wanted something musical driven but there is no real musical charity in Windsor,” explained Dan, hinting there’s an opportunity for somebody intrested to set one up and fill in this void. “There are no musical charities for kids to learn music, supplement their costs, there’s none of that. There’s stuff like that in Toronto. There’s people here who help but there’s no actual organization, so it’s kind of hard to just give money to a person.”

Ultimately, the Downtown Mission was chosen to receive some of the proceeds from ticket sales.”They are always in need, there isn’t a day of the week that place doesn’t need help,” says Dan.

The 519 Premium Concert Series will cover a wide range of music genres. “We wanted to make sure we kind of covered everything with the line up,” says Dan. The line up will cover everything from, “Gospel to Pop to Rap to a little bit of Rock in there as well.”

Dan emphasized the performances will be in a very intimate setting. “You’re not going to see a big band set up, it’s mostly intimate performances, such as acoustic,” Dan explained. Another example Dan gave was, Windsor singer/songwriter Alexa Carroccia who will be simply singing some of her new songs from her album with background music playing.

The full 519 Premium Concert Series schedule and line up is as follows:

Tickets for all 519 Premium Concert Series events are $20 each and can be purchased directly from the artists themselves. Each ticket includes admission to the concert and basketball game. A portion of every ticket sold will go directly to The Downtown Mission of Windsor.

For more information visit the 519 Magazine website at https://yqgrocks.com