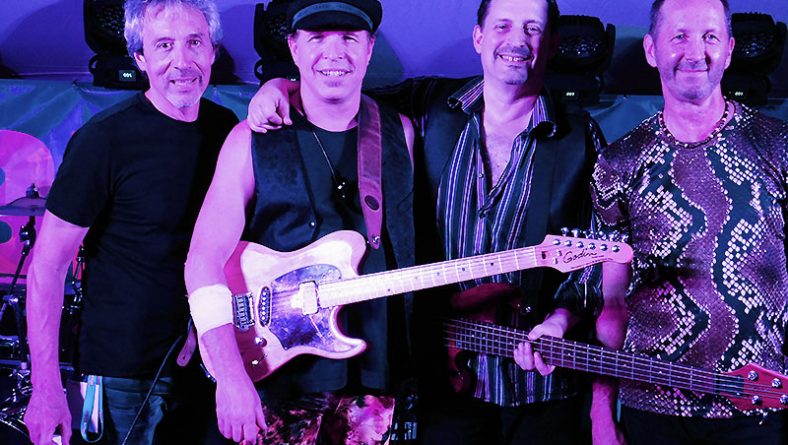 (The United Snakes, 70’s Rock Tribute Band, set to perform in Leamington with Simply Queen, shown standing on the Bluestowne stage where they performed during Bluesfest Windsor on Saturday, July 14, Photo above by Robert Tuomi / Eyes On Windsor.)

Right after opening act the United Snakes finish their set at Leamington’s Music on the 42 Saturday night, July 21, Simply Queen will take over. There may be a few second looks from the audience.

In a sure form of rock and roll magic, the opening band’s bassist, Mitch Taylor won’t leave the stage. Instead he will hold his ground as Simply Queen’s bassist.

The Snakes will open the two band event with Taylor playing bass for both. This is not unusual. In an exclusive interview with Eyes on Windsor, Taylor says not many musicians in the area have the luxury of earning a living playing for just one band. 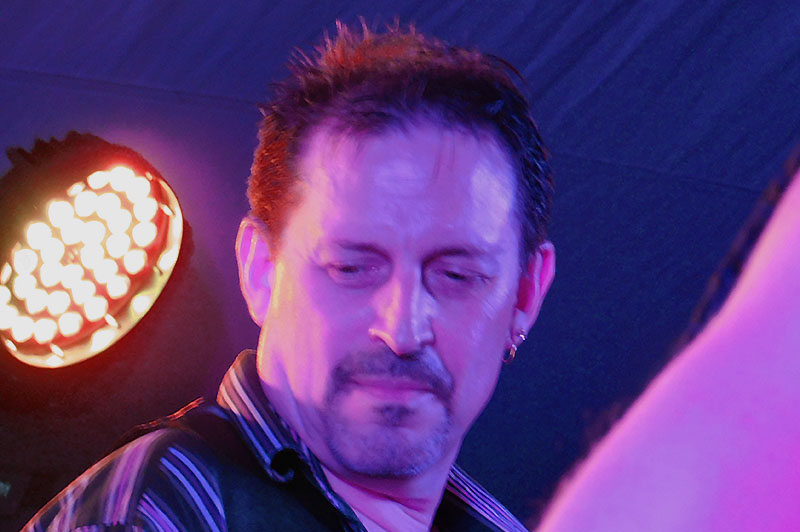 Bassist Mitch Taylor plays with both the United Snakes and Simply Queen. Photo by Robert Tuomi / Eyes On Windsor.

It is a problem acerbated by the fact musicians love to play, particularly the talented Taylor. With few engagements around the region, playing for a second or even third group helps to feed an appetite for performing live.

For Taylor the pinch hitting sees him on a stage somewhere at least two to three times a month. After Leamington, he and his mates in the Queen tribute band will pack their bags for an early August date at the Pearl Room of Edmonton’s Casino Yellowhead.

Taylor, a purchasing agent by day, has been a fixture of the local music scene for over 30 years including being one of the Snakes’ original members. Although its history dates back to 1989, the band has never varied from playing hits from the 1970s and is in fact a tribute band to that era. 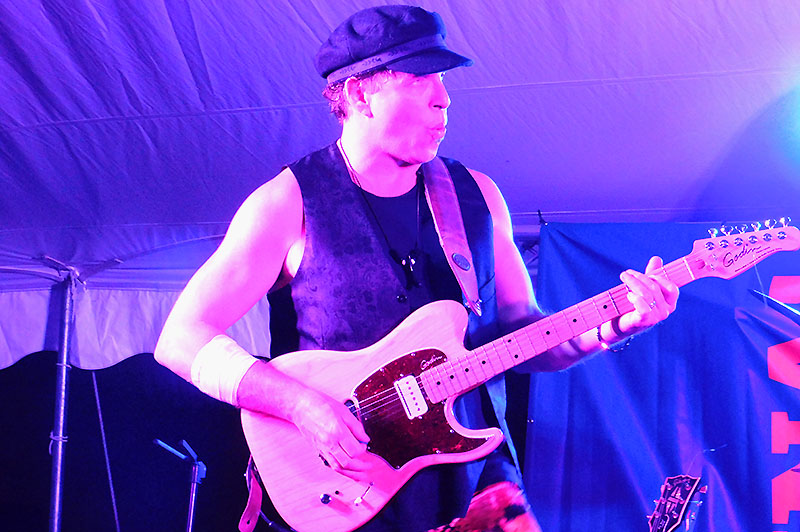 Recently, after many line-up changes the band is back to its founding members. Mark Chichkan is lead guitarist, Taylor on bass, Jim Bonventre behind the drum kit and Tony Calabrese handling keyboard duties.

Music on the 42nd is a free series of performances at Leamington’s new Seacliff Park Amphitheatre. The all ages concerts started June 16 with Saskatoon’s Sheepdops and Dave Russell. Impressive talent for a county town.

After the Snakes/Queen event on July 21 the venue will feature Elvis to the Max, August 18, followed by the Van Halen Invasion and the Judy Rallouf Band on September 1. A show of country legends will round out the schedule on September 15.

More details about the Leamington Music on the 42 Summer Concert Series can be found on the Eyes On Windsor Event Calendar.