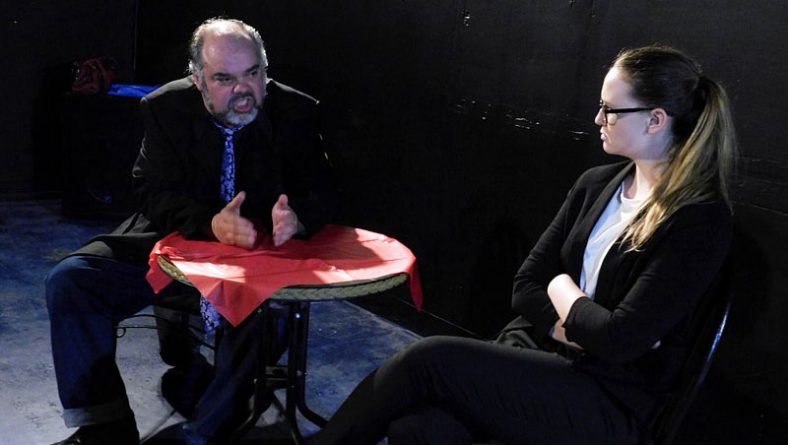 If there is a dab of glue that holds the bang your knees together laughter generated by Adventures in Dating’s first act it is Jen the waitress. This most amusing exploration of the human condition, with respect to dating, is now playing at the Shadowbox Theatre presented by Monkeys With A Typewriter and written by Rob Tymec.

It is no less a must see for those demanding an outstanding evening of exceptional acting with a fascinating script that never bores and often goes down startling roads, somewhat like real life dating. 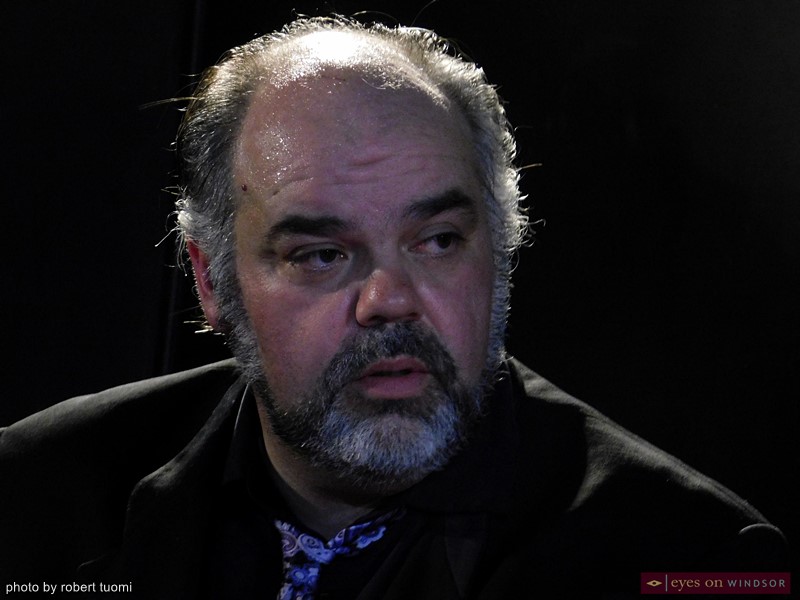 Actor Rob Tymec is also the playwright for the romantic comedy Adventures in Dating, in which he is shown performing in, at the Shadowbox Theatre in Windsor, Ontario on Saturday, May 11. 2019. Photo by Robert Tuomi / Eyes On Windsor.

In the first act Jeff, played by Tymec himself and just off of a four-month failed relationship, has taken to joining the dating game and powering forward with as many connections as he can arrange. His modus operandi is simple, dinner at a cozy restaurant.

To say the play exposes the differences in personalities of dating women is a bit of an understatement. What is a genuine bonus is how these differences are a deep source of humour, Tymec as scriptwriter, has tapped for good and proper romantic comedy. 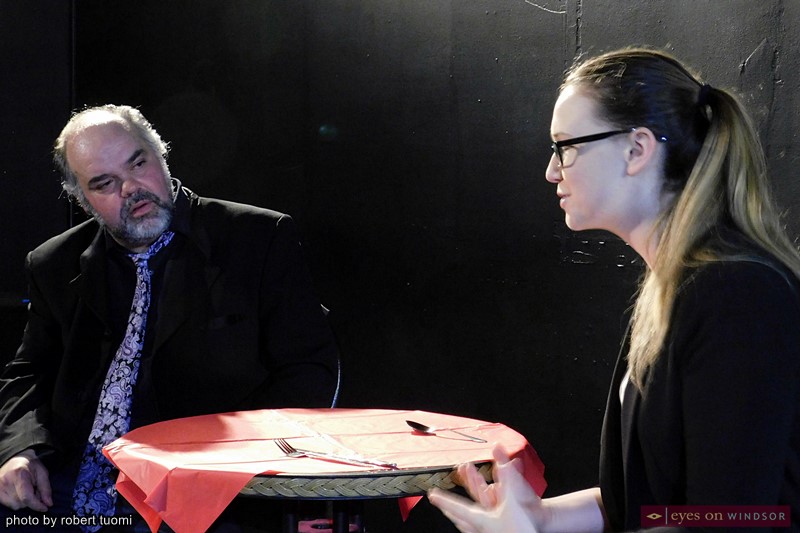 It is entirely entertaining to see how quickly Jeff’s dates dead-end, with no chance of a second round. There is some value in this for anyone who has sat in a restaurant and wondered about some of the couples they see. No more wondering.

Those couples are probably on the same route to disaster as happens with Jeff with Tymec providing the story arches that fill in the blanks and explain the body language.

Body language itself is really the secret ingredient to success of Adventures in Dating. There are only two actors involved in the Adventures, Tymec and the impressive Teagan Smallhorn. 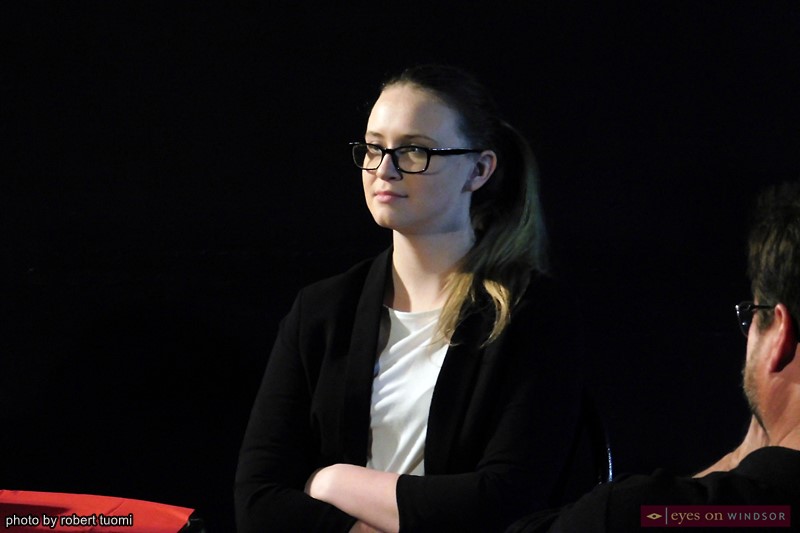 Teagan Smallhorn performing, in Monkeys With A Typewriter’s Adventures in Dating at the Shadowbox Theatre in Windsor, Ontario on Saturday, May 11. 2019. Photo by Robert Tuomi / Eyes On Windsor.

Smallhorn’s character Jen, as the waitress, is always willing to be the sympathetic listening post for Tymec’s Jeff to lament about his ruined dinners and thereby is the glue holding the plot together, possibly. Like Tymec who plays all the men, Smallhorn plays all the women.

Now it might seem an almost impossible task considering there are no breaks in the action for costume changes or make-up adjustments. This, however is what makes the play so special. Both actors have a polished fluidity allowing then to transition seamlessly from character to character. In Tymec’s case, these switches also add even more humour to a very funny script.

Although act two requires a change of venue, which is fundamentally executed by simply changing a table cloth, the situation remains of dater and date, except Jen is now the girl seeking love with an assortment of men acted with prolific uniqueness by Tymec.

On the surface, Jen seems to have an advantage, always managing a second, third and so forth dinner date with such characters as an actor, a Dr. Who nerd and a therapist. She had good reason. She keeps up appearances to learn more about them, their interests or for her own advantage such as using the therapist for therapy. She is also fascinated with learning more about the famed British science fiction serial. These pursuits endear her to the audience.

All of this is acted out, in trademark style for Tymec, not on the stage but the floor of the Shadowbox Theatre. The theatre itself is intimate enough but with this arrangement, Tymec tells Eyes on Windsor, the actors are able to draw the audience into the play. In other words, there are no bad seats in the house.

Two more presentations of the play are scheduled for May 18, and 25 starting at 8pm. Ticket prices are $15 for adults, $10 for students and seniors.

For more information visit the Adventures In Dating listing on the Eyes On Windsor events calendar.