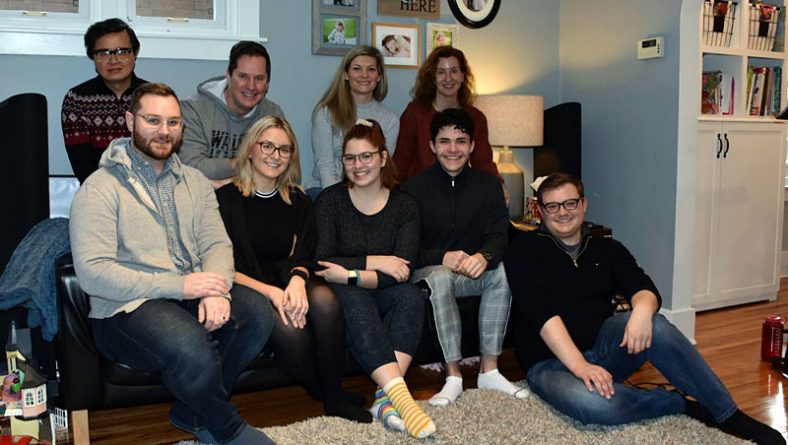 Several members of the local music theatre community knew that it was much more than a hunch, that this group must somehow form a family and that’s the way they became “The Broadway Bunch.” Spearheaded by Sarah Fontaine, David Burrows and Kaitlyn Karns, the trio have one goal, to provide an exciting night of live entertainment while ensuring all the performers earn monetary compensation for their efforts.

Eyes On Windsor stopped by the group’s rehearsal on Sunday afternoon to watch them sing. Kaitlyn Karns sat down with us to talk.

Although the name of the show has changed, The Broadway Bunch is a version of this production now in its fourth year. Past shows have been Bargain Broadway and The Cast Party. Kaitlyn says that along with David and Sarah, they “get together a group of musicians, performers, actors, singers, who are all working in the field, trying to work in the field, or studying in school in the creative arts, we come together for one rehearsal only and one show only and we put together a music theatre cabaret.”

Sarah Fontaine is well established in the local musical arts community and has performed in musicals, teaches music and singing (at her own school, for Walkerville Collegiate and St. Clair College), and is part of two professional bands The Fontaines (original folk) and The New Standard (jazz). She founded this series of productions partly as a way to bring audiences a sample of the rich talent in our community, and partly over her concern that most performers in the local arts scene were not getting paid and performing on a volunteer basis. The show quickly grew and she brought on an accomplished production team.

For the past three years David Burrows, with a long list of credits as a performer, director and producer with many local theatre groups, has been on board working with Sarah. He has worked with Windsor Light Music Theatre, Cardinal Music Productions, Korda Artistic Productions, Post Productions and more. Some shows he has directed include Mary Poppins and Fun Home.

Kaitlyn is the newest member of the production team who is currently working on her Masters of Education at the University of Windsor with a thesis focused on creative arts and post-secondary education. She is also a private vocal and piano teacher and has performed theatre roles such as Alice in The Addams Family and Cinderella in Into The Woods. As part of the production team Kaitlyn’s roles include marketing, recruiting cast members, and song selection.

In fact, Kaitlyn says, “everyone gets to pick (suggest) their own music, one ballad slow song and one comedic uptempo so we get a good balance.” Ultimately, the production team make up the set list and decide which songs should stay and which should not be included. “We want it to be entertaining for the audience.”

While the songs all come from music theatre, “there’s a little bit of twists on things,” explains Kaitlyn. ” We’re trying to keep it fun and maybe not something you would hear in other local community theatre spaces.”

Kaitlyn pointed out a song the cast was rehearsing as an example. “The song they’re singing right now is traditionally sung by women but all the men are singing it.” The male members of the cast were singing “Cellblock Tango” from Chicago The Musical.

Examples of other songs to be performed include “Maybe I Like It This Way” from The Wild Party, which Kaitlyn says she will be singing, and “Michael In The Bathroom” from Be More Chill The Musical, which cast member Pierre Angelo Bayuga will sing. The set list is “a great span of old rep and new rep and then everything in between too,” says Kaitlyn.

Some of the cast members are returning from previous productions of the show. “Eric Branget and myself were both in it last year,” explained Kaitlyn. The producers also look for people who haven’t performed in the area for a while, “like Lexi Farrer who is studying music theatre at Wayne State right now, so she’s not performing in Windsor as much. Same with Pierre, the last thing he did was Raise The Stakes. It’s colleagues who haven’t done anything in a while and want to sing for one night.”

The Broadway Bunch will take place at Rockstar Music Hall on Friday, January 31, 2020. Tickets are $20 in advance or $25 at the door. Food and beverages will be available for purchase.

For more information visit The Broadway Bunch event listing on the Eyes On Windsor events calendar. 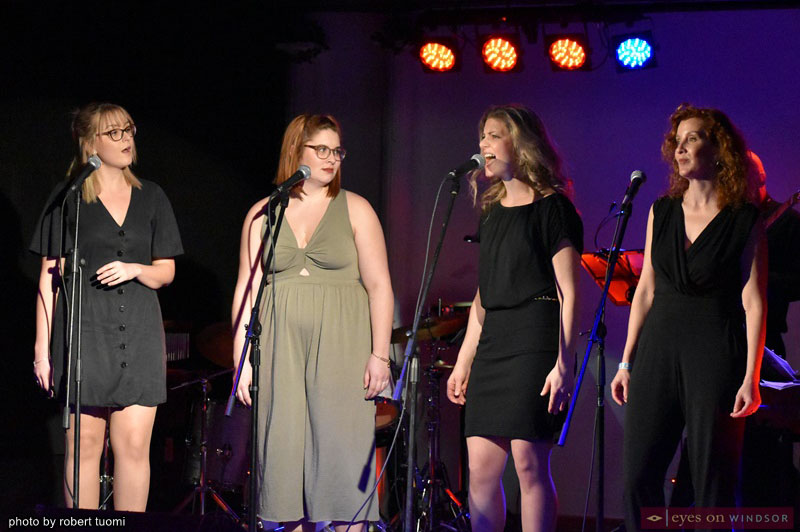