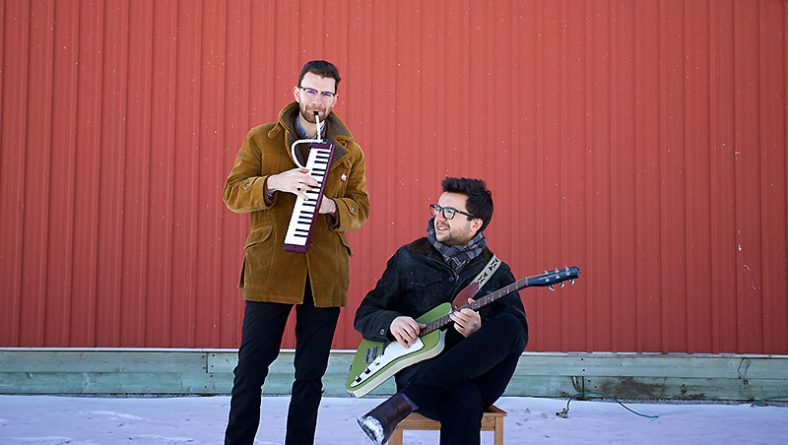 (The Bishop Boys performing their new single “Dark Days” as part of their video shoot for the song. Photo above by Johnathan Kosty.)

The Bishop Boys are the only Windsor-based group to make it into the top 100 for CBC Music’s Toyota Searchlight 2021 Contest. After an intense first round of judging and voting, the original list of over 2,400 contestants from all across Canada was reduced to just 100 artists Canada-wide. Half of the list was decided by public votes, meaning that the 50 artists with the highest number of votes have automatically made it through; the remaining 50 made it through by internal judging from a team of CBC Music producers. The Bishop Boys made the second list, having been hand-picked by CBC Music.

For their entry, The Bishop Boys submitted their most recent single — a pandemic-inspired song titled “Dark Days,” which was released in February 2021 along with a music video featuring various locations across Windsor and Essex County.

“We almost didn’t submit in the first place! We are so happy to be representing our home town of Windsor in this national competition,” explains Austin Di Pietro, one half of the songwriting duo comprised of Di Pietro and longtime friend and musical collaborator, Andrew Adoranti. “It’s still so hard to believe — I mean, we didn’t even think we had a chance with such an unprecedented number of applicants!”

For this round, three artists will be determined by votes and the other seven will be picked by CBC Music producers. Voting for the top 10 starts now and closes on June 8 at 3 p.m. ET. Fans can cast one vote a day for their favourite song from anywhere in the world. The voting clock resets at 12 a.m. ET every day. The Top 10 list will be announced on June 15 at 3:00 p.m. ET. Once the Top 10 is announced, CBC Music’s panel of industry judges will take over to determine a winner of Toyota Searchlight 2021, which will be announced on June 22 at 9:00 a.m. ET.

To vote for the Bishop Boys daily visit https://www.cbc.ca/music/searchlight/#/vote/the_bishop_boys 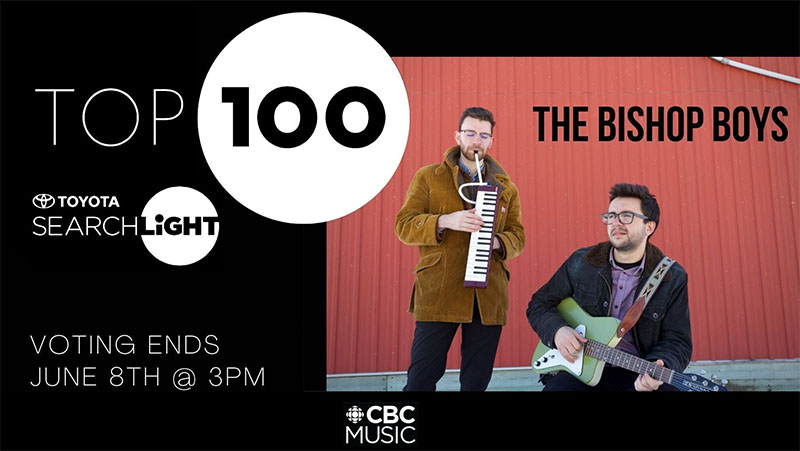 The Bishop Boys have made the CBC Music Searchlight Top 100 and voting is open until June 8, 2021.

About The Bishop Boys

Trademark unison vocals, poetic lyricism, and effortlessly nuanced musicianship: these are the defining assets of The Bishop Boys, a young musical duo who are studiously redefining the singer-songwriter genre. As musicians who cut their teeth on jazz from a young age, Austin Di Pietro and Andrew Adoranti are well-known throughout Windsor as sought-after accompanists and core players of the Windsor jazz ensemble, Coffee House Combo. The Bishop Boys emerged as a full-fledged 11-piece band fronted by the duo, immediately selling out venues and showcasing at festivals across the Windsor-Essex region. With their debut 2018 single “Might Be Alright” and their 2020 Pelee Island EP, the Bishop Boys are building a catalogue of Canadian folk-rock that effortlessly evokes the good feelings of carefree summer nights. Their most recent single, “Dark Days,” has been well received by both local and international media outlets and music blogs because of its pandemic-inspired lyrics and music video. 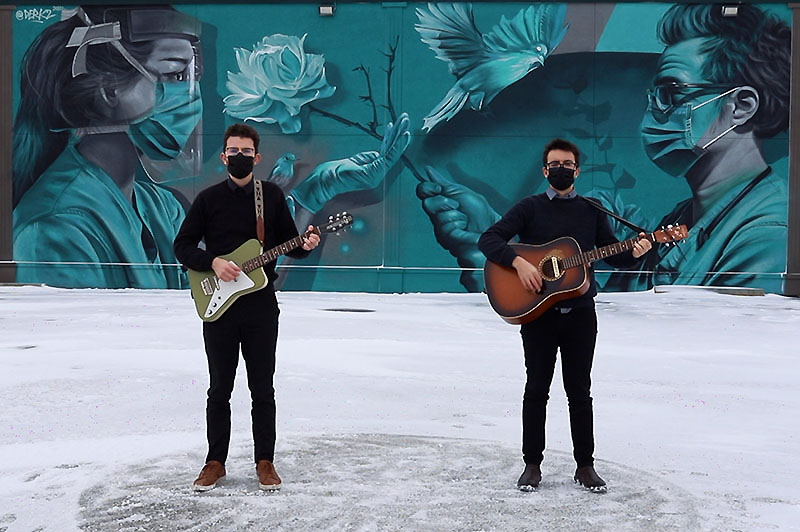 The Bishop Boys performing their new single “Dark Days” in front of a health care mural by local artist Derkz located outside the Penalty Box Restaurant in Windsor, Ontario, as part of their video shoot for the song. Photo by Johnathan Kosty.