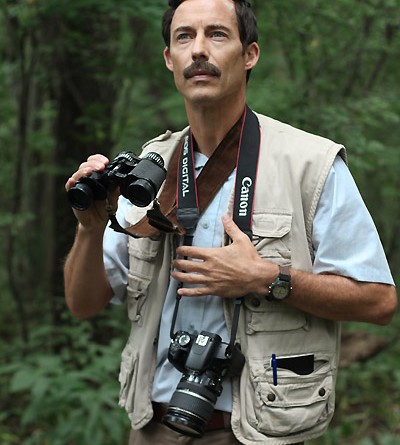 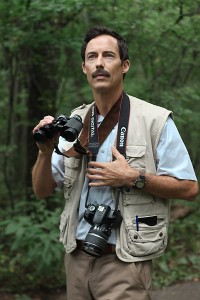 The Birder Movie, filmed 100% in Windsor Essex and featuring Hollywood stars and local talent, will make it’s Red Carpet Premier at the Capitol Theatre and Arts Centre on April 3, 2014.

Windsorites will have the opportunity to dress to impress, walk the red carpet, and be photographed like a movie star as they join the cast and crew to celebrate the national release of The Birder Movie. In addition, while guests enjoy a glamorous piece of Hollywood right here in Downtown Windsor, they’ll get to view a screening of the locally produced feature film, have a chance to win door prizes, participate in a post screening question period of the cast and crew, and mingle with cast and crew at a fabulous after party sponsored by Wellington Brewery and Cooper’s Hawk Winery. The Red Carpet premier of The Birder will give back to the community with a portion of proceeds going to the Windsor Essex based charity Transition to Betterness.

“Windsor has done so much for us as filmmakers. We’ve decided to give back by donating a portion of the proceeds to Transition to Betterness, an important local charity” said producer, Jeff Nadalin of Kickstand Entertainment.

The following day, on April 4, The Birder will open its theatrical run at Lakeshore Cinemas. 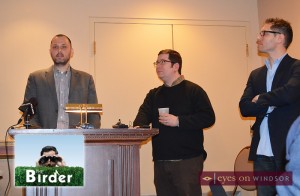 The announcement was made yesterday by the Dot Film Company in association with Windsor based Kickstand Entertainment and in partnership Transition to Betterness.

Presented by Union Pictures, co-written by Windsorites Theodore Bezaire & Mike Stasko and directed by Bezaire, The Birder is a revenge-comedy set inside the world of bird watching. Viewers will discover “Birds of a feather plot revenge together” as mild mannered birder, Ron, seeks revenge on a younger rival, after losing the highly coveted Head of Ornithology position at the local Birding Park. Ron Spencer is a forty year-old high-school teacher and devoted bird watcher, who has reached an extreme low point. His students think of him as passé, his daughter Samantha, has adopted “new school” birding methods, and his ex-wife Rebecca has finally kicked him out of their home.

Ron’s only glimmer of hope is that he expects to be named the Head of Ornithology at the local Birding Park. When the young and flashy Floyd Hawkins is named, Ron sees his legacy slipping away and is outraged. Nowhere to go, Ron secretly takes up residence at his High School for the summer.

Ron bumps into Ben, a pot smoking janitor and former student who quickly takes to Ron’s cause and insists they must smear Floyd’s perfect image to secure Ron’s legacy. The mismatched pair stealthily plot the dots of their revenge plan and after some misguided twists and turns Ron lands in his nest and realizes what his legacy is really all about.

According to producer Gerry Lattman (Toronto’s Dot Film Company), “the budget for the film came in at just south of one million dollars which is quite an accomplishment that we’re all very happy about.”

The release date of The Birder Movie coincides with the spring bird migration season and producers hope to maximize excitement among the many birders who will travel to this region during that time. Windsor Essex, particularly Point Pelee with over 380 species recorded in the National Park’s birding area, has garnered international fame as one of the best birding sites in the world and an important migratory route.

The filmmakers employed the help of local birding experts to help out on the film. Sarah Rupert Naturalist at Point Pelee National Park and Paul Pratt, Naturalist for The City of Windsor at Ojibway Park. The Majority of the actual filming of the fictional “Pelee Region Provincial Park” took place at Ojibway Park since Point Pelee National Park was off limits. Regardless the entire Windsor Essex region offered producers many real life birding settings to film for The Birder Movie.

As a well-known birding hot spot around the world it didn’t make much sense for producers to look anywhere else when considering shooting locations – Windsor-Essex was the obvious first choice. 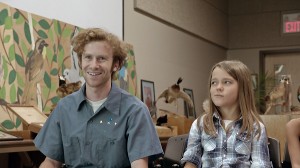 Mark Rendall, who along Tom Cavanagh drives the comedy of The Birder Movie, seemed destined to play the role of the misguided yet well-meaning Ben because of his family connection to birding and Point Pelee National Park. Rendall’s late grandfather Bob Sachs, an avid birder, would often take him on birding hikes, teaching him about nature. Bob would bird watch across Ontario and coincidentally Bob met his wife at Point Pelee near where The Birder was filmed.

Early in the casting process producers approached Mark with the script to play the role of Ben Connor. On the same day Mark was offerd the script he received an email from his mother, telling him that she was spreading Bob’s ashes at Point Pelee. It was perhaps a sign, but most certainly an interesting memorial twist to Mark’s beloved grandfather; he of course accepted the part and dedicates his performance to his dearly departed grandfather, Bob Sachs.

After several years in the making, The Birder Movie is finally about to be released starting with a Red Carpet Gala right here in Windsor, Ontario.

“For a film seven years in the making, it is with much excitement that we look forward to spring-boarding our national release out of Windsor,” states producer Gerry Lattman.

“We can’t think of a better place to launch from; Windsor is our first opportunity to do something special and give back to give back to the City of Roses” said director and Windsor native Theodore Bezaire.

The Red Carpet Premiere of The Birder Movie will be a special night where Windsorites can soak up a piece of Hollywood, walk the Red Carpet, screen a locally produced film and support an important charity.

Developed with the support of Telefilm Canada, Superchannel, Union Pictures, and the Canadian Federal and Provincial Tax Credits, the film has already garnered attention at The Calgary International Film Festival and Raindance UK Film Festival in the fall of 2013.

“Made up of a great cast and a particularly wonderful turn from Tom Cavanagh in the central role, The Birder is fun, charming and full of wit. Easily one of the best comedies you’ll see this year and comes highly recommended.” – Raindance UK

Join the cast and crew at the Red Carpet Premiere of the feature film The Birder, walk the red carpet like the stars, and be photographed! Hollywood is coming to Windsor.

Tickets for The Birder Movie Red Carpet Premier Gala taking place on April 3, 2014 at the Capitol Theatre and Arts Centre in Windsor, Ontario, can be purchased online at www.thebirdermovie.com or contact Jeff Nadalin – jeffnadalin@kickstandentertainment.ca