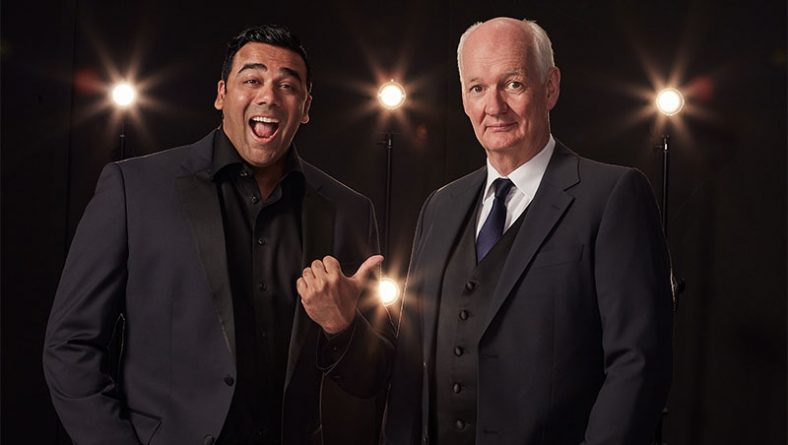 Master hypnotist Asad Mecci, and Canadian comedy legend Colin Mochrie of “Whose Line Is It Anyway?”, have conjured up a unique combo of hypnotism and improv that is as satisfying as peanut butter and chocolate. It’s “Hyprov: Improv Under Hypnosis.” How is this even possible, one might ask. Well, I couldn’t pass up the chance to find out, and Asad and Colin took the time to talk with Eyes On Windsor about it ahead of their tour stop here in Windsor. The show takes place for one night only at The Chrysler Theatre on Saturday, January 25.

Mick: I’ve never seen this type of show advertised before. How did this come about? Who approached who?

Asad: I actually was taking courses at Second City. I was trying to get better at my solo act, Hypnohype. It’s a show I toured around the world with Carnival Cruise Line and Disney Cruise Line.

Often times, instructors at Second City would say “you’re too in your head.” What I realized was all these drills they were doing at the beginning, for A level improv students, was moving the conscious mind aside for a moment and getting an unconscious reaction. They didn’t want the students to consciously construct the comedy. They just wanted to get a reflex, or automatic, or unconscious reaction.

I thought to myself. Huh, I see what they are doing here. What if I was able to hypnotize somebody with no experience in improv? Could I make them into improvisers? And the answer is a resounding yes. You see, first time improvisers Mick, they often hesitate, they often play to the crowd, you can see the hamster wheel spinning, so to speak. You can see them consciously construct a copy. Great improvisers look effortless on stage … like Colin.

When we hypnotize people on stage, they just carry out the suggestion I give to them. They don’t think about what’s funny. They just do whatever I ask them to do on stage. And that makes for a great improviser.

Mick: Colin. Is it possible for you to be hypnotized during a show? Improv is about listening. What if it backfires?

Colin: When he’s doing the introduction, I’m offstage. I am watching, focusing, trying to build up my skills. Figuring out who he’s going to pick. I mean sometimes, it’s fairly easy to see someone go under immediately or see “oh yeah, they’re totally faking.” There are ones you’re not quite sure of. That is his expertise. To find those people. I’m focused on that.

When my wife came to see the show, she was in the audience. She was the one who went under. So there’s the danger.

Mick: You don’t wear a special helmet like Magneto from X-Men to repel Asad’s powers?

Colin: You know what, that’s something we could add. (laughter). Or a hat, maybe.

Asad: I do all kinds of nonverbal communication. When my back is towards the audience, the audience may think I’m only talking to the people on stage. But there’s actually a feedback loop that’s occurring on stage. As they do something, I do something. I’m calibrating their breathing patterns, I’m looking at their unconscious behaviour.

As I’m observing them on stage, they are looking at me like I’m the most important thing in the world and everything else kind of drops off. They are ultra focused on me. With those people, I’m doing something called analogue marking. So I’m marking out specific language to their unconscious mind. Observingly, it looks like I’m talking to the audience, and/or the people who are on stage, but really I’m talking to the unconscious mind of the person I’m directing that marking to, that language pattern.

Mick: If hypnotism and improv was a super power, how would you use these powers if you weren’t entertainers? How would you change the world?

Colin: If improv was a super power, I would share it with everyone. The secret to improv is really simple. People have trouble grasping it because it’s not what we do in real life. To be a good improviser is listen to people, accept their ideas and build on it. For new improvisers, that is the heart of the lesson for them, to let go of their ideas and actually listen. Just look at how the world could be if we could just listen to each other. If everyone listened to each other’s ideas to work towards a common end, that’s how improv could be used for good.

Mick: I think that’s a beautiful way of describing it. It’s almost like a religion, in my opinion.

Asad: Colin, you mentioned that. I think it was in the Congo with Unicef.

Colin: My wife, Deb and I, about 10 years ago, made a conscious effort to … “Why don’t we use this in our real life.” Almost immediately, we were offered a trip to the Congo. It wasn’t something on our to do list. We thought “you know what? Let’s try it.” So we did. It ended up being one of the most eye opening trips ever.

We went there with world vision. We went in the jungle to shoot commercials to get sponsorship for some of the children there to raise money for the community. We met some amazing people.

Mick: That’s one thing I learned about improv. It helps you overcome your fears.

Colin: A couple of weeks ago, we had a young woman who was a star of one of our shows. She suffered from social anxiety. She said, when she was on stage, “I was confident, sure of myself.” She was amazing. And this is how improv can benefit the world.

Mick: Asad, Kreskin did a show at the CNE several years ago. He hypnotized over 20 people on stage. Do you know his secrets? Are you like magicians? Following a code of secrecy.

Asad: It’s the study of psychology, right? It’s the study of language patterns I can’t really comment on Kreskin. I don’t know his skill set when it comes to his arena. I can tell you what I do is grounded in psychology. It has nothing to do with magic.

Colin: Everything I do is grounded in magic. (laughter)

Mick: If you had the entire Windsor City Counsel on stage, what would you have them do? What will get the biggest reaction from the audience?

Asad: Colin, I will let you field this question.

Colin: I would go to the audience to see what they would like to see the counsellors do.

Mick: You really don’t want that to happen. (chuckling)

Colin: Then, I would make them cluck like chickens. (laughter)

There you have it. You got some insight into the tricks of the trade for both hypnotism and improv. Can you be hypnotized? Give it a try. Bring your friends and family. It isn’t just a show but an experience.

Hyprov comes to the Chrysler Theatre on Saturday, January 25, the show starts at 8:00pm, tickets start at $45 each, for more information or to purchase tickets visit http://www.chryslertheatre.com

Currently on a 50-city tour, Hyprov is astounding audiences with its unique blend of improv and hypnosis. For more information about the show and tour visit http://www.hyprov.com 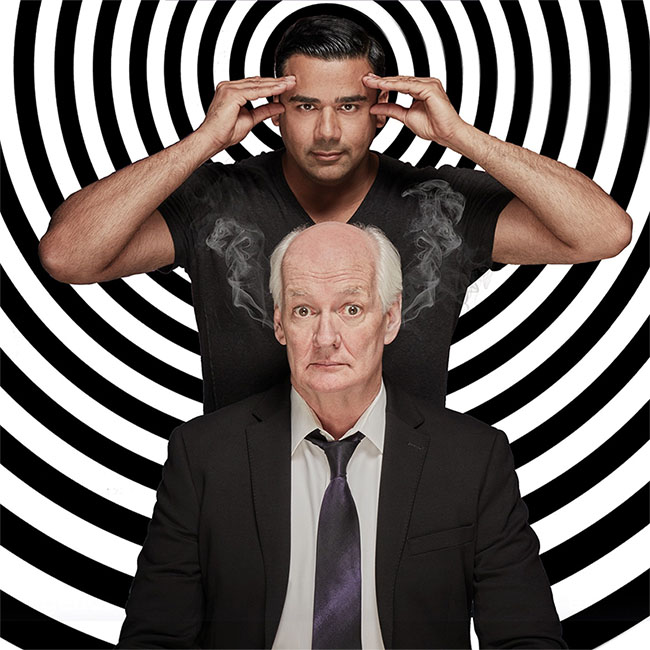 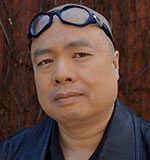 Mick Chow is a digital freelancer, writer, humorist, and occasional film / video guy. You can see more of his photos on Instagram and Flickr. He can also be followed on Twitter.