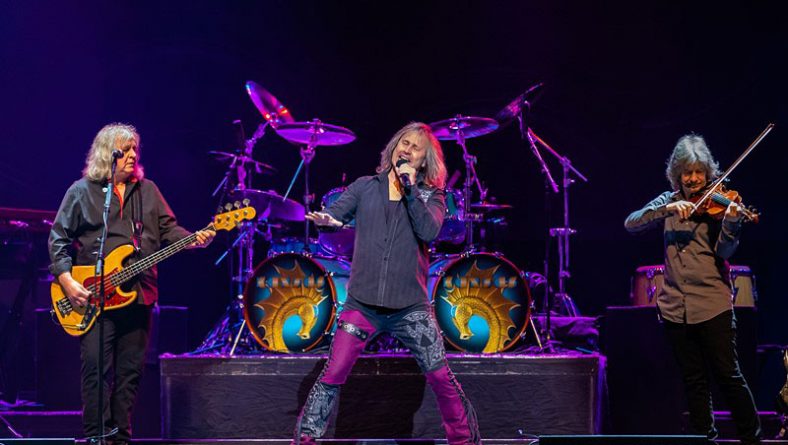 Classic progressive rock band Kansas performed in front of a packed house, for the first time ever at Caesars Windsor, on Sunday May 5. The concert was promoted as a Kansas Radio Classics & Fan Favorites concert based on the tour they were on last year. 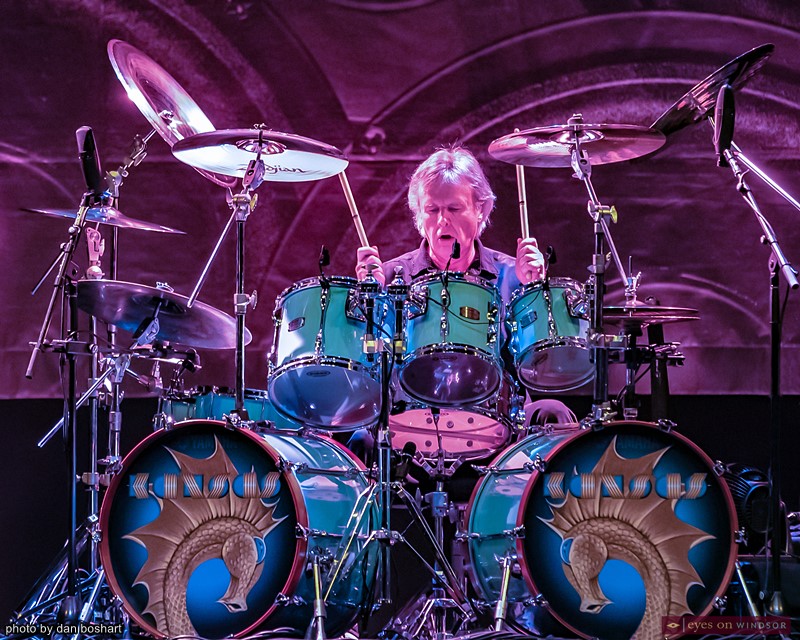 Kansas drummer and one of the band’s original founding members, Phil Ehart, performing at Caesars Windsor on May 5, 2019. Photo by Dan Boshart / Eyes On Windsor. 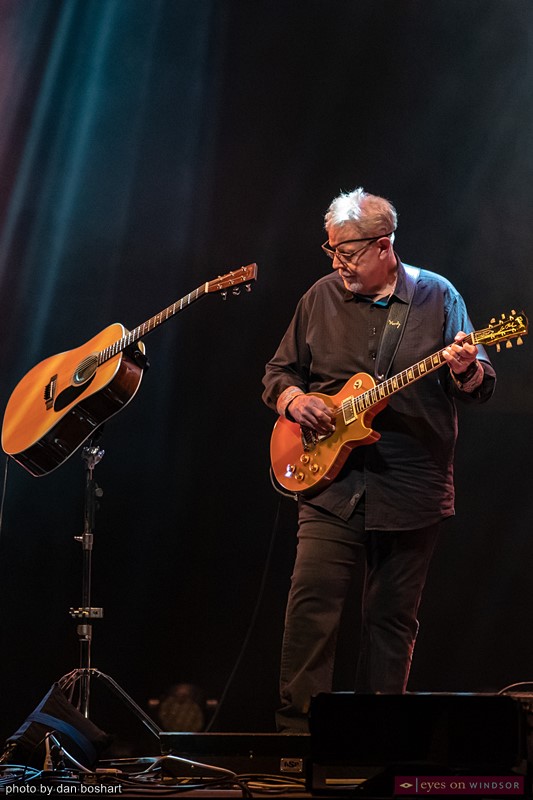 Kansas guitarist and one of the band’s original founding members, Richard Williams, performing at Caesars Windsor on May 5, 2019. Photo by Dan Boshart / Eyes On Windsor.

The band played a mix of hits and fan favourites, drawing heavily from two of their biggest albums, Leftoverture (1976) and Point of Know Return (1977). But they also played some deep cuts.

In 1977, Kansas followed up the success of Leftoverture by releasing the album Point of Know Return. Containing the smash hit and million-selling single “Dust in the Wind,” along with fan favorites such as “Portrait (He Knew),” “Closet Chronicles,” and “Paradox,” Point of Know Return became the band’s greatest selling studio album. The album peaked at #4 on Billboard’s Album charts, reached sextuple-platinum status with more than six million copies sold, and had three Billboard Hot 100 singles. 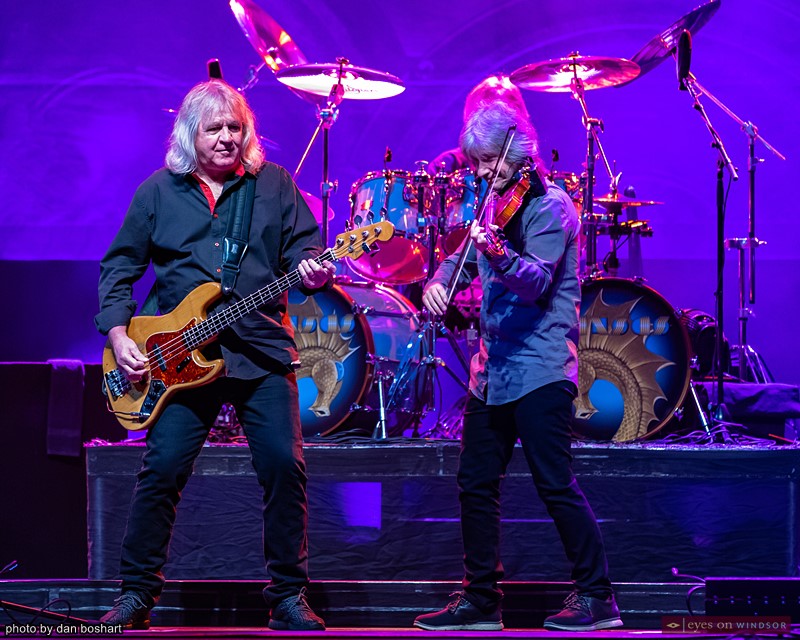 Kansas band members Billy Greer on bass and David Ragsdale on violin performing at Caesars Windsor on May 5, 2019. Photo by Dan Boshart / Eyes On Windsor.

In 1977, one of those songs, Carry On Wayward Son, the band’s biggest hit, peaked at No. 11 on the US Billboard Hot 100, becoming their first top 20 entry in the nation. The song was certified Gold by the Recording Industry Association of America (RIAA) on December 18, 1990.

Fans at Caesars Windsor were thrilled when the band returned for an encore featuring Carry on Wayward Son, drawing the biggest crowd reaction of the night. 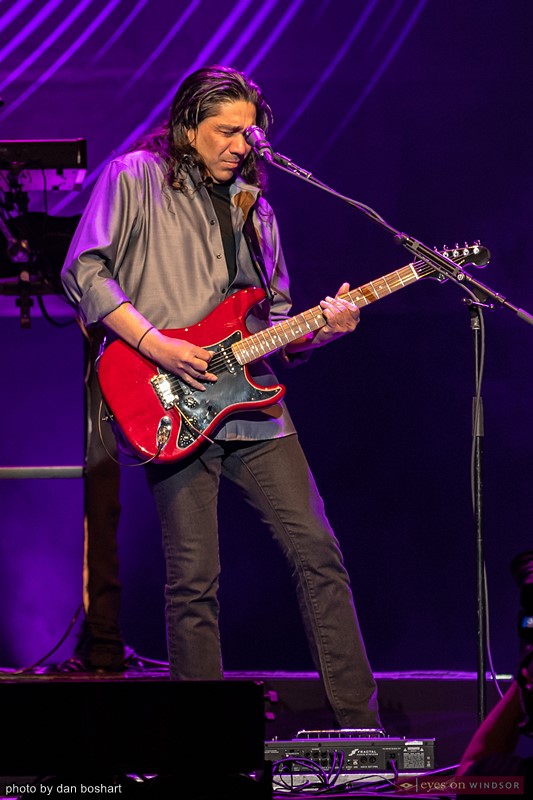 The multi-platinum selling band has been performing for 45 years and has gone through some personnel changes over the years with founding members Phil Ehart on drums and Rich Williams on guitar being the two constants. Other current members include Billy Greer – bass and vocals, David Ragsdale – violin, rhythm guitar and vocals, Ronnie Platt – lead vocals and keyboard, Zak Rizvi – guitar and vocals and Tom Brislin – keyboards. 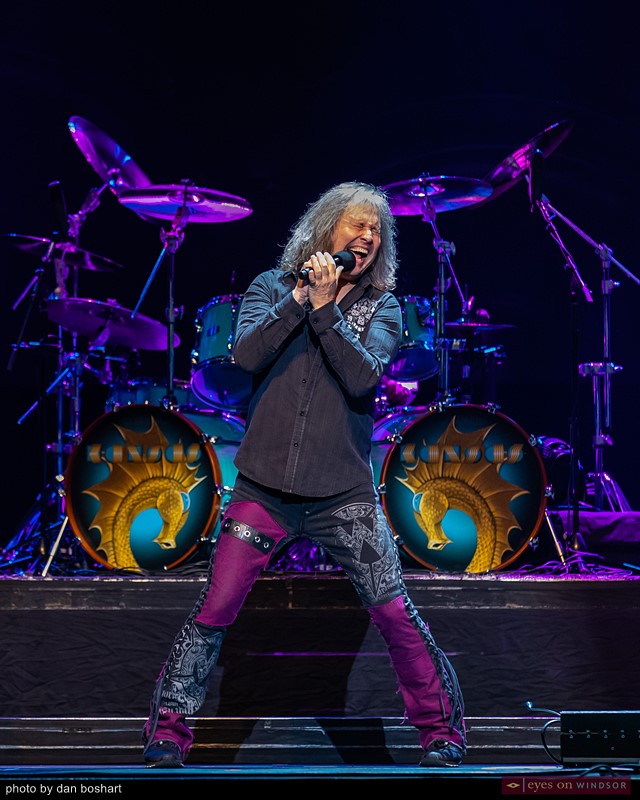 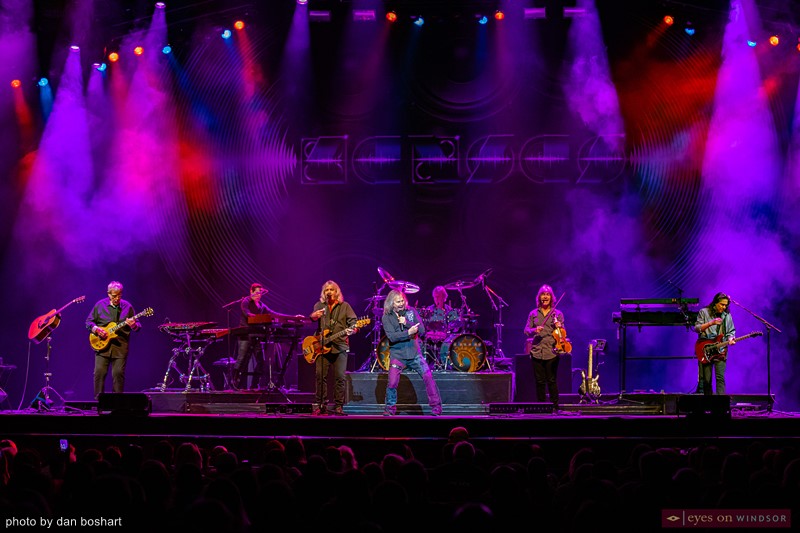 Kansas recently announced they will continue with a third leg of the Point of Know Return Anniversary Tour hitting select cities in the United States and Canada during the fall and winter.

For more information about the band visit: https://www.kansasband.com

Caesars Windsor will host several more world class acts this month including Alessia Cara (May 15), Comedian Ken Jeong (May 17), The Clairvoyants (May 24), and Chicago (May 26). For a complete list of shows visit the Caesars Windsor website or the Eyes On Windsor Events Calendar.