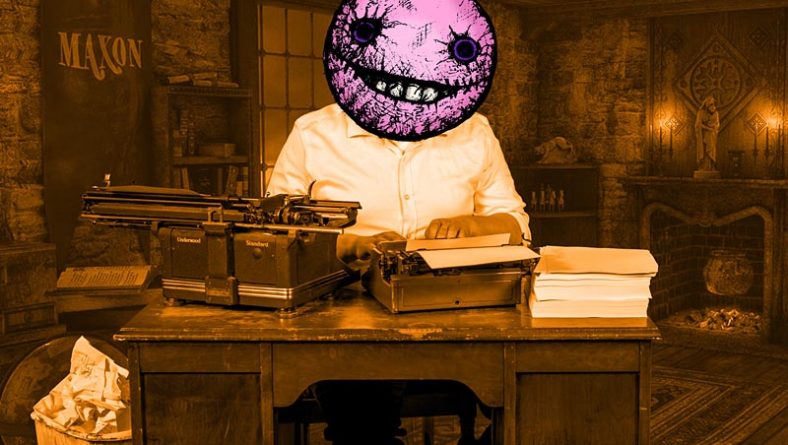 Post Productions Theatre Company is getting set to expose the powers and dangers of storytelling in their production of Martin McDonagh’s brutal dark comedy, The Pillowman when it opens at Windsor’s Shadowbox Theatre on Nov. 22 through Dec. 7.

Katurian (Eric Branget) is a struggling writer living in a totalitarian dictatorship, taking care of his disabled brother Michal (Joey Wright) and toiling away as an abattoir worker. One day he’s hauled in for questioning by two police officers, Tupolski (Simon Du Toit) and Ariel (Fay Lynn), because his stories suspiciously resemble a series of horrific murders. What follows is a mystery and a puzzle that explores the bonds of family, the debts we owe to the forces that shape us, how the stories we tell ourselves influences the way we see the world, and the moral responsibility of storytellers. 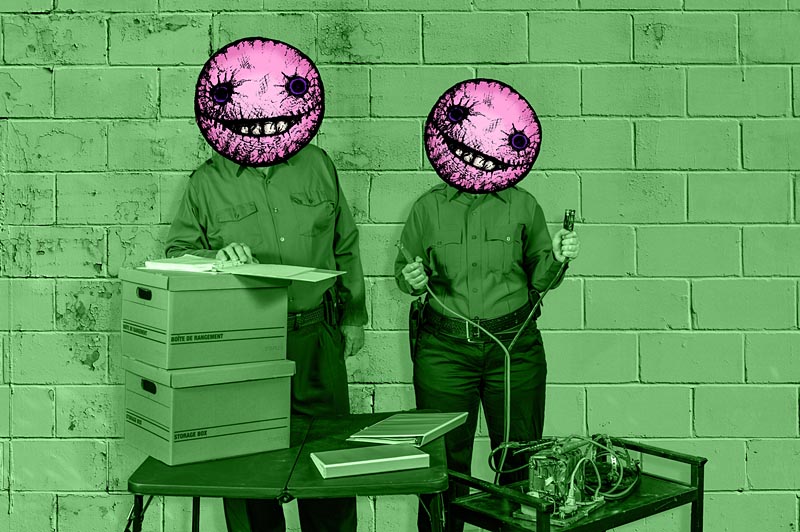 The Pillowman, by Martin McDonagh – whom audiences may know best as writer-director of the films In Bruges, Seven Psychopaths, and Three Billboards Outside Ebbing Missouri – is a celentated and unusual play. Post Productions decided to make their version even more unique. “During the play you hear seven of Katurian’s stories,” says director and producer Michael K. Potter. “Two of them are supposed to be acted out on stage, which presented some logistical difficulties. So we wondered whether we could project them as films during the play instead – and that led us to the decision to turn all seven of those stories into short films, which are projected for the audience and integrated into the live theatre experience. The whole undertaking was an awful lot of work – but creatively rewarding”.

The result, says Potter, is that the audience is treated to an exceptionally powerful experience. “You get these incredible performances right there in front of you, from one of the best casts we’ve ever assembled. And you also get two live-action short films by Mitchell Branget and five animated short films by Kieran Potter that give you a glimpse into the world inside Katurian’s head, the worlds of his imagination – which are a lot different from the reality of his life in some ways. And not so different in other ways. All of this is supported by a variety of sonic and visual art.” 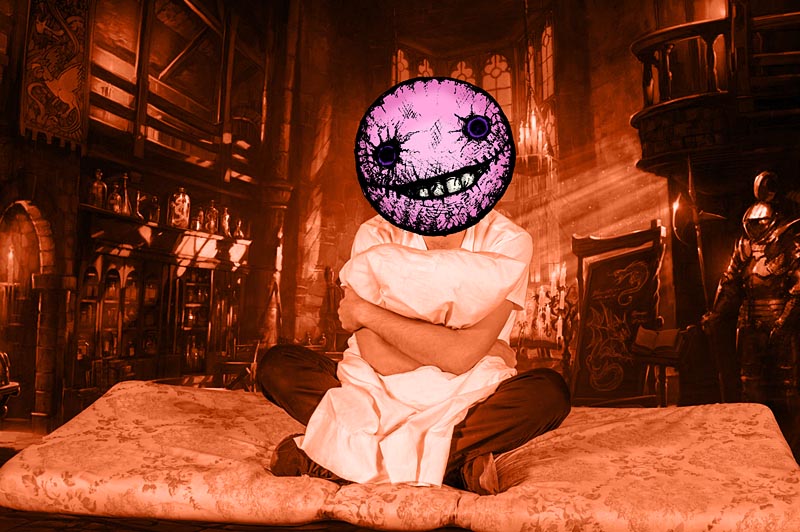 In addition to re-teaming most of the behind-the-scenes talent from last year’s celebrated production of Equus – including set designer and painter Matthew Burgess and composer Dave Nisvet (aka DTB) – The Pillowman brings together acting talent from Post Productions, Tall Tale Theatre Co., and the University of Windsor. “This cast was up to the challenge of creating believable, complex characters who exist within a totalitarian dictatorship,” Potter explains. “The world they live in isn’t like ours. There’s no sense of security. There’s no reason to believe anyone is telling you the truth. You only have rights if people decide you have rights in the moment, based on nothing more than whims or moods. Bringing that world to life while portraying these particular characters and telling this particular story – hitting all the heavy dramatic notes while never losing sight of the comedy – is a challenge to which only the very best are suited. We are blessed to have this cast, that’s for sure.”

For more information on the play or on purchasing tickets please visit the Eyes On Windsor events calendar: The Pillowman Presented by Post Productions 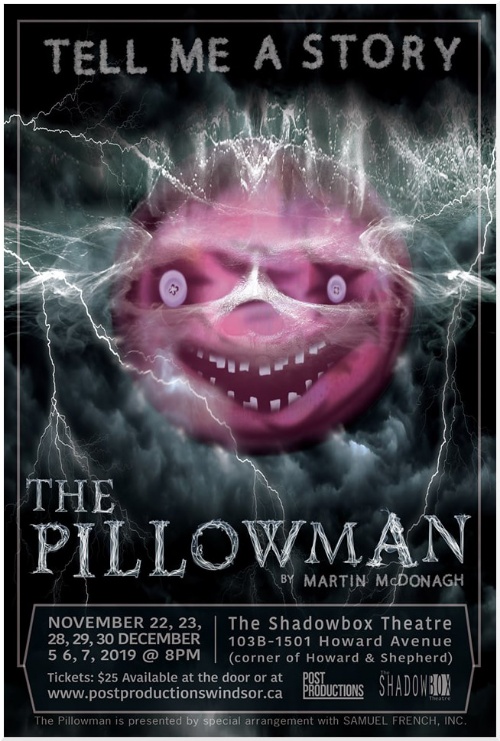