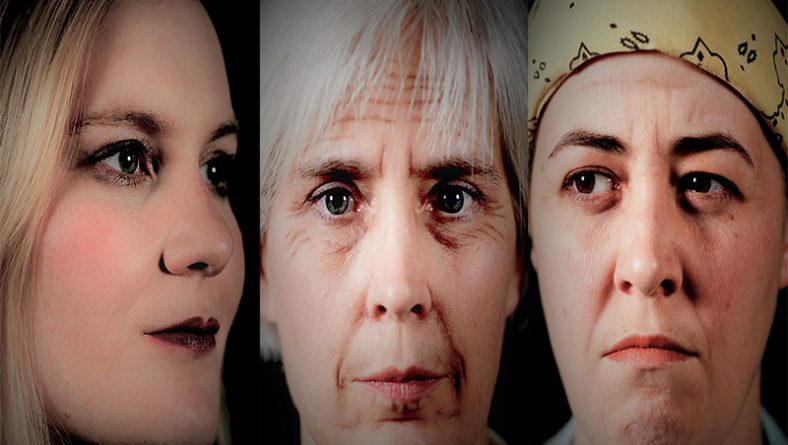 “This play will leave audiences asking themselves a lot of questions,” says Michael K. Potter, who directed and produced the play with Fay Lynn. “When you come to the end of your life and look back on your journey, what will you make of it? Which events will stand out most in your memory? If you could talk to your younger selves, what would you tell them? What would they ask you?”

The Pulitzer Prize-winning play introduces three women, known only as A, B, and C. 92-year-old A (played by Mary Grace Weir) is a wealthy woman struggling with dementia and deteriorating physical health, being cared for by her live-in nurse, 52-year-old B (played by Fay Lynn). When 26-year-old C (played by Rebecca Mickle), a new lawyer working for the firm that manages A’s estate, drops in to inquire about unpaid bills, we’re given a glimpse into the lives and perspectives of three very different people at different stages of life. Although there are tensions at first, soon they develop an understanding.

Then A has a stroke, and act 2 takes us inside her mind as she sorts through her life in her final moments. Now A, B, and C are the same woman at different stages of her life. What can A learn about herself before she dies? What can she confront? What must she accept? The journey toward answering such questions is one of remarkable insight and uncomfortable beauty. 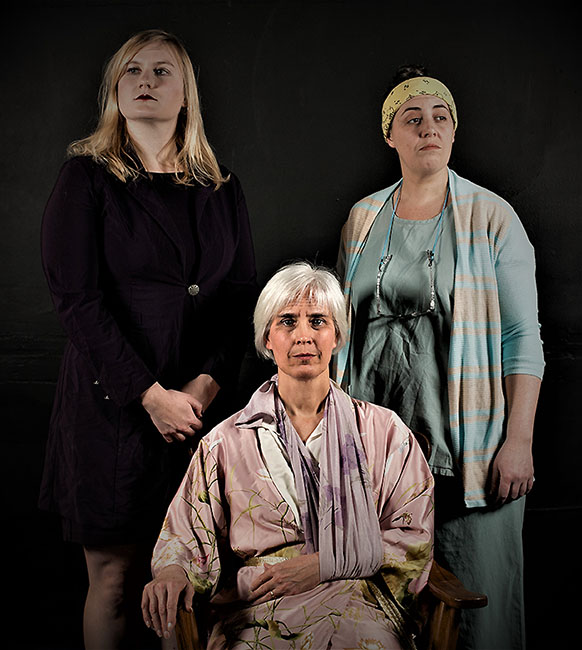 As Potter explains, “There’s a good reason Three Tall Women won so many awards. There’s nothing quite like it – a semi-autobiographical play written by a son desperate to understand his mother, a difficult woman who he didn’t like, and who didn’t like him. Through her life, we’re able to better understand what it means to be human. It’s an adventure filled with sorrow and grief and anger and loneliness, but also a lot of joy, love, delight, and intimacy. Albee makes us face up to the complexity of human life and embrace it without shying away from the unsettling parts.”

Three Tall Women marks the first time local actress Mary Grace Weir has graced the stage of The Shadowbox Theatre, ably mastering a truly challenging role. Audiences will welcome the familiar faces of Rebecca Mickle, in her sixth Post Productions play since 2019, and Fay Lynn, who has been a mainstay of the company since starring in its first play, David Mamet’s Oleanna, in 2017.

Three Tall Women by Edward Albee will be presented by Post Productions at The Shadowbox Theatre (103b – 1501 Howard Ave, corner of Howard and Shepherd) Feb 11, 12, 17, 18, 19, 24, 25 & 26, 2022. Showtime 8:00 PM (doors open 7:30). Tickets can be purchased for $25 through postproductionswindsor.ca. All patrons must be masked and will be required to provide proof of full vaccination (min. two doses) against Covid-19. Presented in association with Waawiiyaatanong Feminist Theatre. 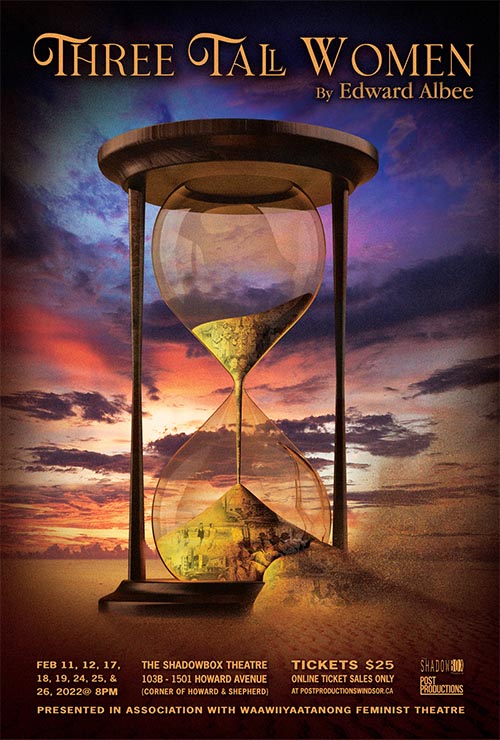