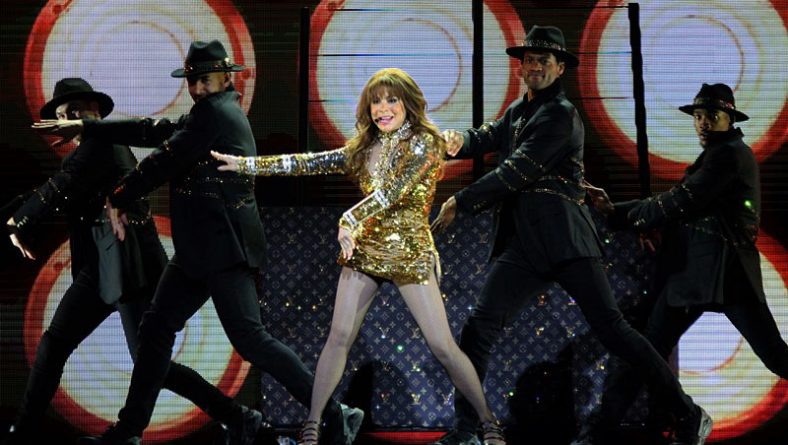 When iconic pop singer, choreographer, and dancer Paula Abdul brought her Straight Up Paula tour to Caesars Windsor she didn’t have to ask, “Do, do you love me?” The audience clearly loved Paula and were thrilled by the performance celebrating the 30th anniversary of her 1988 debut album, “Forever Your Girl.”

Selling 7 million copies, “Forever Your Girl” spent 10 weeks on the Billboard 200 in the No. 1 spot, making it one of the most successful debut albums of all time.

The Straight Up Paula tour is Paula’s first solo tour in 25 years. Last year Paula Abdul toured with Boyz II Men, and New Kids on the Block. But before that it’s been a quarter century since she toured. 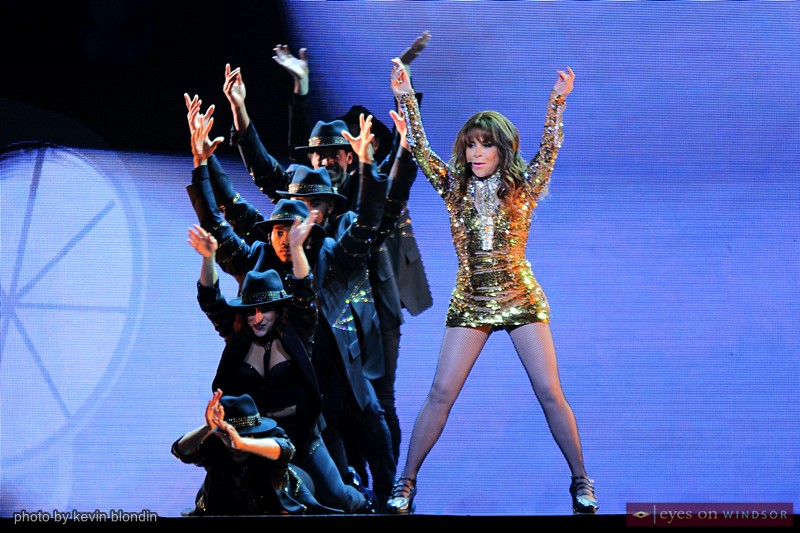 Paula Abdul and dancers performing on The Colosseum stage inside Caesars Windsor during the Straight Up Paula Tour on Oct. 25, 2018. Photo by Kevin Blondin / Eyes On Windsor.

The Grammy Award winning pop superstar performed a number of hits including Straight Up, Rush Rush, Cold Hearted, The Way That You Love Me, and Opposites Attract.

In fact, the famous cartoon cat, “MC Skat Kat” from the Opposites Attract video made an appearance on a giant videotron that was on The Colosseum stage behind Paula, while she performed. The song’s video won the 1991 Grammy Award for Best Short Form Music Video.

Paula Abdul performing her hit Opposites Attract, with the cartoon cat from the songs video behind her on a videotron, during her Straight Up Paula tour stop at Caesars Windsor on Oct. 25, 2018. Photo by Kevin Blondin / Eyes On Windsor.

As Paula Abdul took the audience through a journey of her early hits many scenes played out on the videotron, which Paula and her dancers interacted with. The show even takes the audience on journey to Paula’s beginnings as an NBA Lakers Girl Dancer, a group which she quickly became the choreographer of. Eventually, the legendary Jackson family who held season tickets to L.A. Lakers games requested Paula’s dance choreography services. 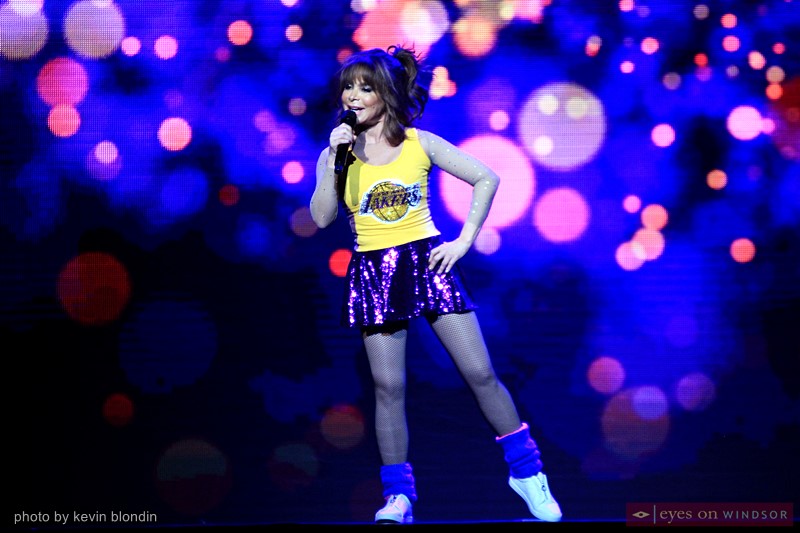 Fittingly, Paula Abdul wrapped up the show with “Forever Your Girl!”

For more information about Paula Abdul and her upcoming shows visit: https://paulaabdul.com

The Straight Up Paula tour was part of Caesars Windsor’s 6th annual Concerts for a Cure, an innovative social awareness campaign that is raising funds for five local cancer-related charities. 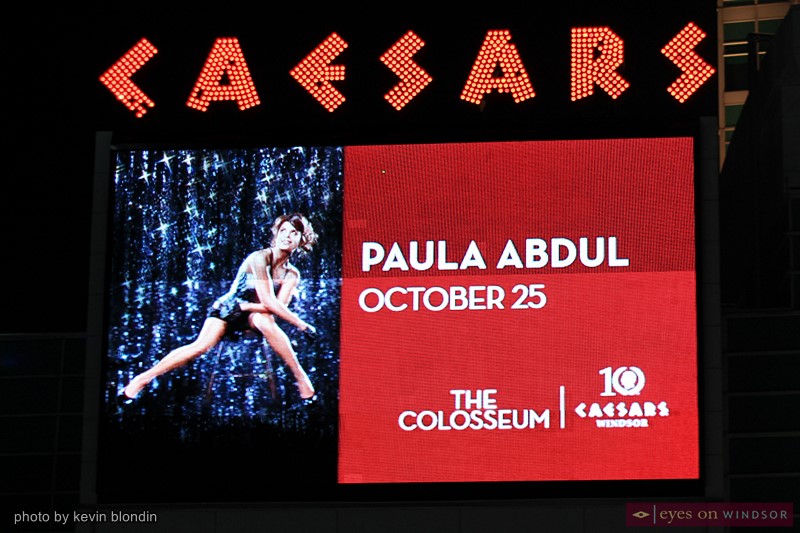